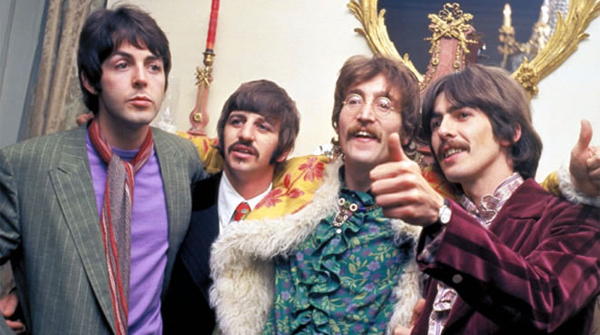 Custom Built Vox Played by The Beatles to go Under theHammer -

A custom Vox guitar played by Beatles JohnLennon and George Harrison is currentlyon display in London prior to going under the hammer at a USauction next month.

The custom built semi-acoustic Vox, which was crafted by MikeBennet and Dick Denney in 1966, features ornate woodwork, extensivebuilt-in electrics and scrolling cutaways and is expected to fetchbetween $200,000 and $300,000 according to Beverly Hills-basedJulien's Auctions.

A centerpiece of Julien's 'Music Icons' auction, taking place onMay 18, the guitar was played by Lennon and Harrison during the FabFour's Magical Mystery Tour period in 1967. According to Beatlesarchives Harrison used the guitar to rehearse his part on 'I Amthe Walrus,' and Lennon supposedly played the guitar whilerecording a video session for 'Hello, Goodbye.'

Martin Nolan, executive director of Julien's Auctions,called the guitar "one of the most historical pieces of musicmemorabilia ever offered by the auction house."