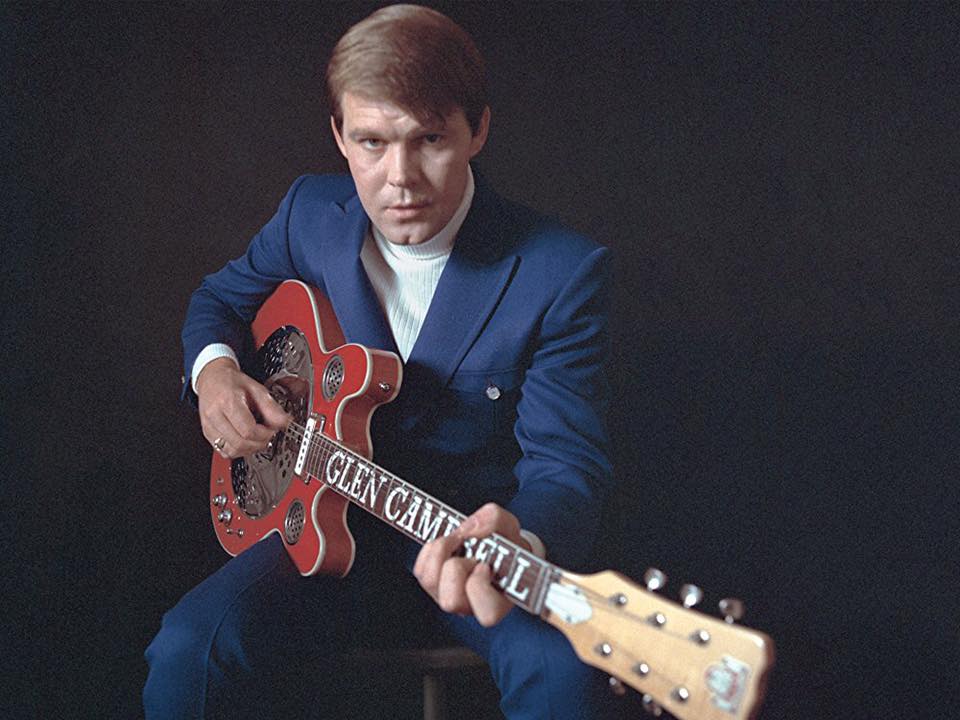 Glen Campbell has passed away aged 81 following a "a long and courageous battle" with Alzheimer's disease.

Campbell was born in Arkansas in 1936 and grew to become one of the most revered musicians of his generation releasing 70 albums and selling 45 million records.

After first making his name as a session guitarist one of his earliest achievements in music was helping to shape producer Phil Spector's famed Wall of Sound technique.

In 1965 he toured for three months with the Beach Boys where he was tasked with filling in for Brian Wilson after the singer suffered a breakdown. This propelled him into the upper echelons of the music industry paving the way for him to work with The Monkees (Daydream Believer), The Righteous Brothers (You’ve Lost That Lovin’ Feeling), Frank Sinatra (Strangers in the Night) and Elvis Presley (Viva Las Vegas).

However, Campbell was determined to make a name for himself in music and in 1967 he struck gold when he released ‘Gentle On My Mind,’ ‘By the Time I Get to Phoenix’ and ‘Wichita Lineman.’

By the end of 60s he was recognised as one of the new stars of American pop and was given his own TV show, The Glen Campbell Goodtime Hour. He was also awarded the starring role alongside John Wayne in the original version of Western classic, True Grit.

In 1970 he topped the charts around the world when he released ‘Rhinestone Cowboy’ which was certified gold for sales of 1 million units by the Recording Industry Association of America.

Campbell was first diagnosed with Alzheimer’s in 2011. He performed his final show as part of a "Goodbye Tour" with three of his children joining him in his backup band in 2012 with his final performance taking place at the 2012 Grammy Awards ceremony where he performed ‘Rhinestone Cowboy.’

In 2005 he was inducted into the Country Music Hall of Fame.