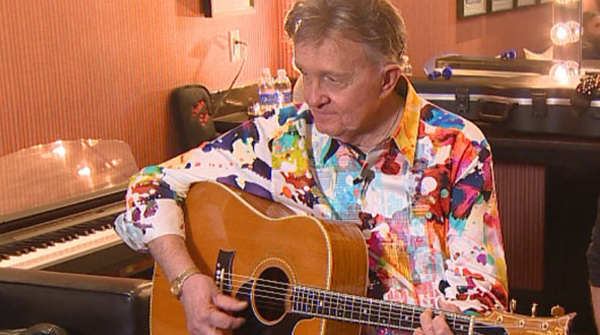 Over the weekend a long lost guitar was reunited with its owner, country legend and television personality, Bill Anderson.

Pawn shop owner Mike Grauer is the man responsible for reuniting the Nashville icon with his long lost instrument  after he found a guitar at his Phoenix pawn shop with Anderson's name inside.

He contacted Anderson about it, and Anderson flew Grauer out to the Opry Saturday as he was finally given back the guitar he had first played a half a century ago.

On the guitar's disappearance, Anderson said:

“I sort of forgot about it, I really did, because it was an ‘out of sight, out of mind’ type thing,” Anderson said. “I think I loaned it to a museum, and that's the last thing I remember, until Mike said it was in his store in Phoenix.”

Grauer officially presented the guitar to Bill Anderson in front of the Opry crowd Saturday night.