Could London's Denmark Street be Set for Redevelopment? 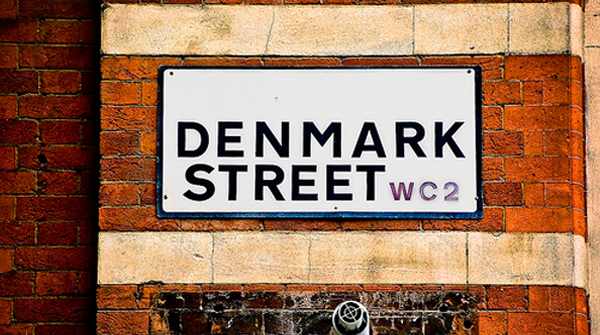 A proposed development set to take place in and around London's Denmark Street, or Tin Pan Alley as it's fondly known, is threatening the existence of the iconic road as we know it.

Denmark Street is renowned for housing the largest selection of instrument shops in London and was home to some of the most influential record labels of the '50s and '60s.

Now ORMS Designers & Architects Ltd have been given the green light to begin work on the area in order to "reinvigorate the area's fantastic music and cultural scene."

"We are committed to creating a successful new quarter that enriches and integrates with the surrounding well-established neighbourhood, making it a vibrant community for people to work, meet and live, as well as a new, internationally recognised destination that London can be proud of.

"We want to create new homes for local people, invest in local shops and not only safeguard, but reinvigorate the area's fantastic music and cultural scene. The new events venue and restaurants will be carefully managed to ensure that they don't disrupt local residents. They meet an important need and will create additional jobs.

"We are very encouraged by the positive feedback we received at the public exhibition, particularly from the Denmark Street Traders' Association."

However it would seem, and understandably so, that not everyone is overly keen on the proposed redevelopment and a petition is being put together which will be submitted to Camden Borough Council (once at least 8000 signatures have been obtained) which will request that the street is made a conservation area, thus preventing further development. This strategy has already been successful in Hatton Garden and Savile Row.

Development is due to kick-off in summer 2014 and could put further pressure on retailers in the short term.