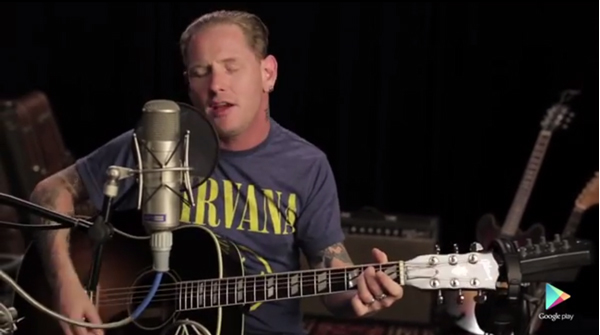 However, the Slipknot and Stone Sour frontman is just one artist who covered a track for the project with others including Thao & the Get Down Stay Down, Sufer Blood and Kurt Vile & the Violators.

Corey's stripped back rendition of 'London Calling,' which features him gently strumming an acoustic guitar alone, is an interesting re-working of the 1979 classic.

Corey Taylor's cover is available for free download for a limited time at Google Play.