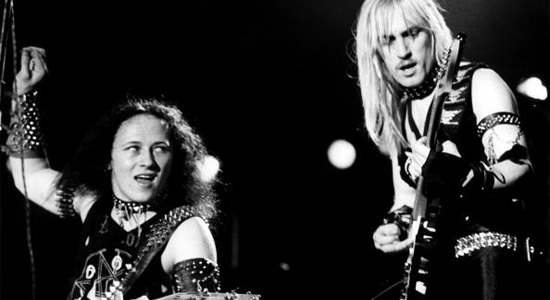 Dunn has revealed that he’s spoken with vocalist/bassist Conrad 'Cronos' Lant about the possibility following a flurry of online rumours regarding a classic line up reunion, which unfortunately now seems like it isn’t going to happen.

However, the now M-Pire Of Evil guitarist, has confirmed there were some truth behind the stories, he says:

"I received a call almost a year ago from the original management. My response was that I was willing to talk – but I did not believe for one minute there would be any realistic chance, given the past history between the members.

"As time went by it became obvious to me that the two people who had to communicate in some way were the two of us. I made the decision to contact Conrad to get an answer, which would basically come down to a simple 'yes' or 'no.'"

Dunn said he was almost certain of the answer he'd receive, and that he had his own reservations about a reunion. He's not surprised to say: "The answer came back as 'no.'

"I will include only one line from Conrad's response – he stated: 'I've personally got no interest whatsoever in trying to work with the original lineup ever again.' This is something that I fully expected and understand."

Dunn has offered a sincere explanation for fans who will understandably be very disappointed by the announcement:

"I am still first and foremost a music fan, so I can totally understand your loyalty and passion. It's the same way I feel about Judas Priest or Kiss.

"But let's face it – neither are the same any more. We will always lust after the glory days, but sadly it's not as simple as that. Just look at the recent statements surrounding Kiss and the Rock And Roll Hall Of Fame. We have all heard it so many times from so many bands.

"Venom are not immune from what is inherently a band trait: the actions of the individuals involved and the impact of these actions on the unit as a whole."

Mantas has revealed plans to keep working with M-Pire Of Evil, and remains comfortable with Lant continuing with the current version of Venom.