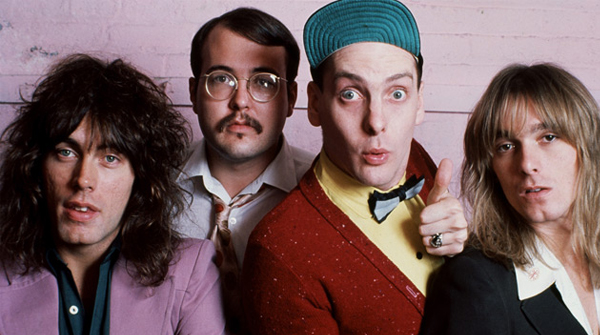 Cheap Trick have revealed they plan to release a new album in 2016.

In a recent interview with Macomb Daily, long-term bassist, Tom Peterson, said the band were literally  "halfway to another record already" and are determined to remain prolific in the coming years after already releasing 16 studio albums.

“We’re a working band. We’re not the kind of group that will take two, three years off to go make an album or something. If we have two or three weeks off, it’s a miracle. We work all the time — not non-stop, certainly, but we’re back and forth a lot and we do all sorts of different shows."

“It’s like having a small business. We honestly have to keep going to survive, and that’s what pushes us forward. It’s our livelihood. And we like it. It’s fun, so we wouldn’t want to stop even if we could.”

With a new album complete and due out next year and a tour with Peter Frampton under their belts, it looks like Petterson's mission to "remain prolific" is already underway.

In related news Cheap Trick continue to tear through their seemingly infinite touring schedule with US shows booked until the end of November this year.