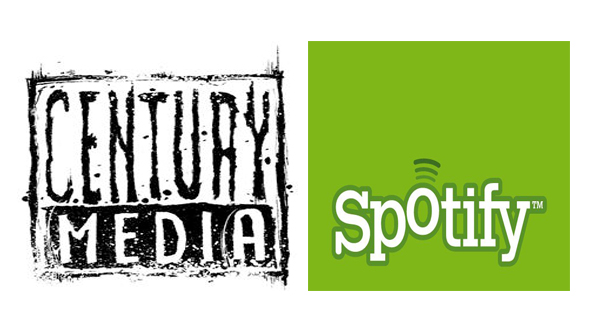 The label blamed the 'low per-play payment' the Swedish basedcompany offers musicians, claiming it was considerably hurting thelabel's income. However, after nearly a year Century Media execshave made a u-turn on their decision and have announced theirentire repertoire, as well as its associated labels InsideOutMusic, Superball Music and People Like You Records, is once againavailable on Spotify.

"We respect that music fans wanted to have instant access to ourcatalog via Spotify," states President of North America DonRobertson. "But we also have to consider the rights of our artists.After practicing some due diligence, we're moving ahead confidentthat both the artist and the fan are being fairly served by thisdeveloping platform."

Steve Savoca, Head of Content at Spotify, adds: "Spotify'sglobal growth provides a powerful platform for artists to connectdirectly with our hugely passionate audience. The return of CenturyMedia's fantastic catalog is cranking Metal music to ourears."

Century Media have said they will continue to evaluate Spotify asa music discovery tool and welcome the fan's opportunity to previewa release before deciding to buy a copy.