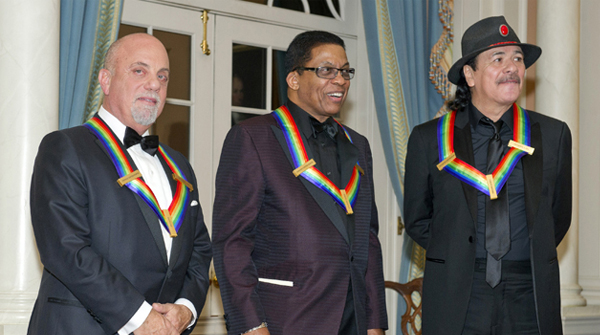 This past weekend Carlos Santana was among a handful of recipients of the 2013 Kennedy Center Honors which took place in Washington.

"It's really supreme because the award is being given to me by a black man. If it wasn't like that, I would say just send it to me," Santana said.

"But since it's Mr. Barack Obama, I definitely had to make myself present and say from the center of my heart, `you are the embodiment of our dreams and aspirations.'"

The Kennedy Center Honors medallions were presented on Saturday, the night before the gala, at a State Department dinner hosted by Secretary of State John Kerry.

The Honors Gala will be broadcast on the US television station CBS Network for the 36th consecutive year as a two-hour primetime special on Sunday, December 29 at 9:00 p.m. (ET/PT).