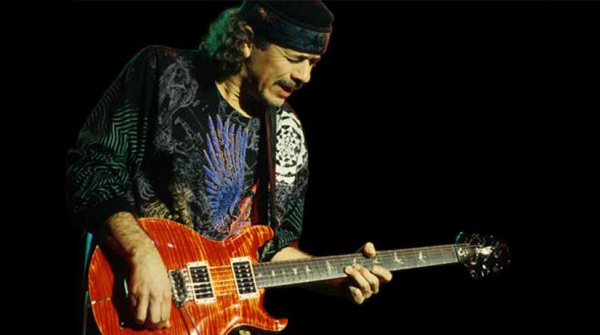 Carlos Santana has revealed he is looking toreform the original Santana lineup for his nextalbum.

Last week Journey's Neal Schoninadvertently let slip that he was to begin working with Santanaagain for the first time in 40 years.

However now the man himself has confirmed the news and hasannounced that both Michael Carabello andMichael Shrieve as well as GreggRolie will also take part. The only members of theoriginal lineup not to be involved is percussionist Jose'Chepito' Areas and bassist Dave Brown,who passed away in 2000.

"As well as Neal we have the two Mikes, Mike Carabello andMichael Shrieve. I am pretty sure Greg [Rolie]'s going to do it. Sothat is pretty much everyone."

The 'classic era' line-up played together on just one album,1971's 'Santana III' which marked Schon's debut with thelegendary outfit before forming Journey.

Santana is without doubt looking forward to returning to theband's roots, as he explains:

"We have been checking out a lot of African music, Africanpatterns. Each artist has his own thing that he listens to. LedZeppelin listened to Otis Rush, Cream listened to Freddie King andAlbert King. We all had someone - it was a beautiful common groundfor Santana to play African music."

The project is due to commence later this year, with a releaseplanned for 2014.