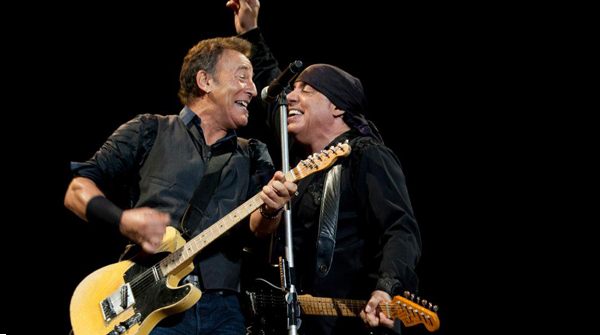 Bruce Springsteen has been unveiled as thefirst artist to perform at the brand new 13,500 capacity LeedsArena.

The soon-to-be open music venue will host its first ever liveperformance when the 'Boss' performs on 24th July. Alreadyconfirmed to play at the venue during 2013 areJLS, Elton John, AndreaBocelli and Kaiser Chiefs.

Springsteen's Leeds show will be part of his 2013 'Wrecking Ball'tour, which will also see him and hisE-Street Band performing at London's WembleyStadium as well as gigs in Glasgow, Cork, Coventry, Limerick andBelfast.

"We are delighted that all of our stakeholders hard work inbuilding a world class arena in Leeds, to complement those othervenues across the region, has attracted the attention of aninternational superstar such as Bruce Springsteen. The team isecstatic that an artist of this sheer calibre will be providing allof us with, what is effectively, a big dress rehearsal for thearena for its opening season.

"Springsteen has always expressed a love of performing inthe UK and, from what I understand, any opportunity to put LeedsArena through its paces was too much to resist. We're more thanhappy to take orders from 'The Boss' on this occasion."

Tickets for Bruce Springsteen at the LeedsArena will go on sale at 9am on Friday (February 22) priced£65.