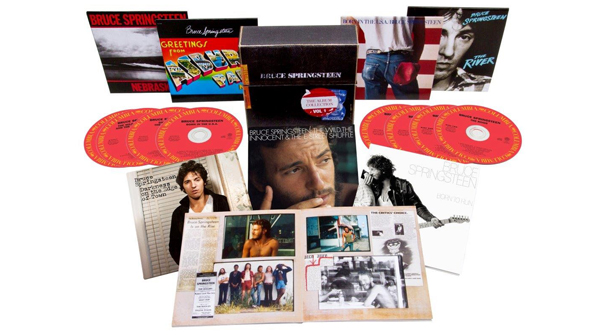 A new Bruce Springsteen box-set comprised of The Boss' first seven albums has been announced.

'Bruce Springsteen: The Album Collection Vol. 1 1973-1984' will hit shelves on November 17th with each record set to come in a restored recreation of the original. The box-set will also contain a 60-page book featuring rare tour photos, press clippings and more from Springsteen's first ten years.

The seven albums set to feature have all been newly remastered by Bob Ludwig and Toby Scott and will be available on both CD and vinyl. The albums that make up the box set are; "Greetings From Asbury Park, NJ", "The Wild, The Innocent and The E Street Shuffle", "Born To Run", "Darkness On The Edge of Town", "The River", "Nebraska" and "Born In The USA".

In related news it's been announced that Springsteen is set to make his acting debut alongside longtime friend and E Street Band guitarist, Steven Van Zandt, in Netflix original series Lillyhammer next year.