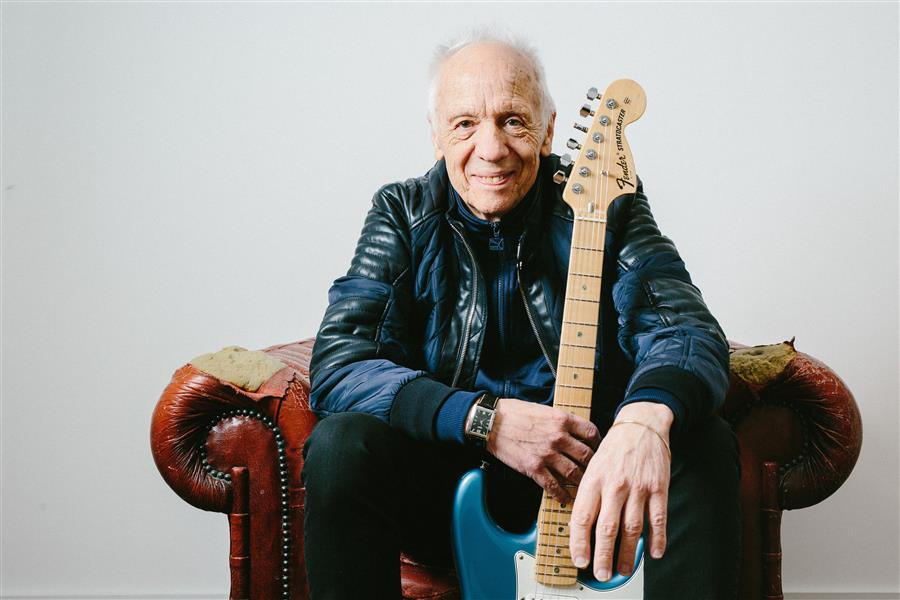 From The Album 'Coming Closer to The Day'
Released: 22 March 2019
Provogue/Mascot Label Group

It’s rare to find a ’60s legend still on trailblazing form in their eighth decade. The 73-year-old guitarist finds himself in a golden late-bloom of creativity. In recent years, his solo output has been championed by both press and public, with the impact of 2014’s ‘Something’s About To Change’, 2016’s ‘Where You Are Going To’ and 2017’s ‘Time & Emotion’setting up some of his best-attended US dates since he conquered that continent with ‘Bridge Of Sighs’ in the mid-’70s.

The bluesman’s back pages leave no doubt of his towering contribution. Follow the thread back to ’50s Southend, where the teenage Trower lived and breathed a vinyl collection that left an indelible mark on him. Making his first mark in R&B hopefuls The Paramounts, he then forged his reputation over a five-album tenure with Procol Harum. His solo career exploded in 1974 with ‘Bridge Of Sighs’, the gold-selling masterpiece. Suddenly, Trower was a mainstream draw in the States, booming from prime-time radio, taking the stage at stadiums. That wave of popularity carried Trower into a series of celebrated collaborations with Jack Bruce that began with B.L.T. (1981), and even saw him guesting on tracks for Bryan Ferry’s acclaimed Taxi (1993).

With ‘Coming Closer To The Day’, his songcraft and soulful performances have never sounded more alive – even on an album whose title track acknowledges that life is short and time precious. “I’m saying that I’m nearer the end than the beginning,” he explains. “But that doesn’t scare me. Not at all. If I went tomorrow, I’d feel like I’d been blessed with being able to achieve an incredible amount as a musician.”

The album was recorded at Studio 91 in Newbury, with engineer Sam Winfield. “’Diving Bell’ is probably my favourite track on the album,” he says. “‘Truth Or Lies’, that one was quite hard to pull off. I love the song, but I recorded it once and wasn’t happy with it, so I started from scratch again. It’s got quite a strong early R&B flavour to it. That song is not really about me. I’m writing from the viewpoint of a guy whose loved one has been messing around. ‘Someone Of Great Renown’, again, that song isn’t about me, but it’s maybe someone that I’d like to be.”

“’Lonesome Road’,” he continues, “that’s about me touring and asking how long I can go on with it. That’s definitely coming from my heart and head. ‘Ghosts’ is about things from the past where you didn’t do right in your personal life. ‘Don’t Ever Change’ is an out-and-out love song: a very nice, easy vibe, but still quite soulful.”

The calibre of the songwriting on ‘Coming Closer To The Day’ is matched by Trower’s performances, with the bandleader handling all instruments except the drums. His basslines are supple and rhythmic, his vocals growl and and the lead guitar work only adds to his reputation as an all-time-great soloist.

For Robin Trower, the next great song is always right there at his fingertips. For five decades, the iconic British bluesman has written the same way. The valves glow in his Marshall amplifier. Those fabled hands roam the neck of his Fender Stratocaster. Then the music starts to flow: raw and real, played with fire and skill, untainted by commercial aspirations, accompanied by lyrics that get to the guts of the matter.