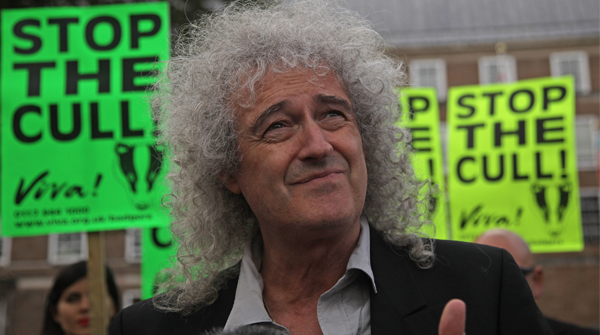 Queen's Brian May andSlash have collaborated on a new track which theywill use as part of May's anti-badger-cull campaign.

According to the guitarist the UK government's planned badgercull won't solve growing health problems amongst British cattlestock, as has already been claimed. May also argues that the cullis inhumane.

"We created this track and music video together to raiseawareness on the needless, unscientific, cruel and unwarrantedslaughter of one of the British Isles' most beloved and uniquecreatures.

"Backed by politics and fear - not science nor publicopinion - this expensive and ineffective cull could well cause moreproblems than it cures. Even Sir David Attenborough saysso."