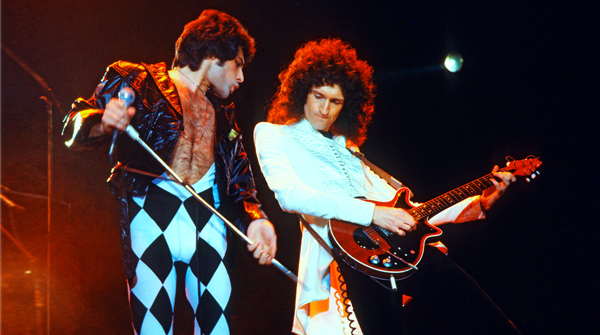 Queen legend Brian May has hinted that the band are considering releasing a new album of unreleased tracks with Freddie Mercury.

According to Vintage Vinyl News (via HenneMusic) May spoke on the proposed project at the recent Freddie For a Day charity event in Mayfair this past weekend.

Whilst talking to iHeartRadio, May said:

"We did the Made In Heaven album [in 1995] and we thought we'd exhausted everything that was around and could be worked on, but since then, a number of things have come to light from various sources that we'd just plain forgotten about, including the stuff with Freddie and Michael Jackson. And there are quite a few other things"

"Just a couple of weeks ago, we thought: Maybe we shouldn't be just working on bits and pieces? Maybe we should be heading towards an album? It just might be.”

“We’re sort of thinking 'Made In Heaven II' in a sense, although it wouldn’t be called that. But there is a lot; it’s surprising how much has come to light. It gives you a chance to go back in there, open the box again and some of the magic may come out.”

First released in 1995, “Made In Heaven” was Queen’s very last album release with their legendary frontman Mercury, who passed away 4 years earlier due to complications from AIDS. The band worked with vocals and piano parts that Mercury recorded before his death, along with newly recorded lyrics by the remaining band members, to complete the project.

Earlier this summer May confirmed that three duets recorded by Mercury and Michael Jackson are to be released later this year. The demos were first recorded in 1983 at Jackson's home studio, however a larger project and possible album never came happened due to the each singers' conflicting schedules.