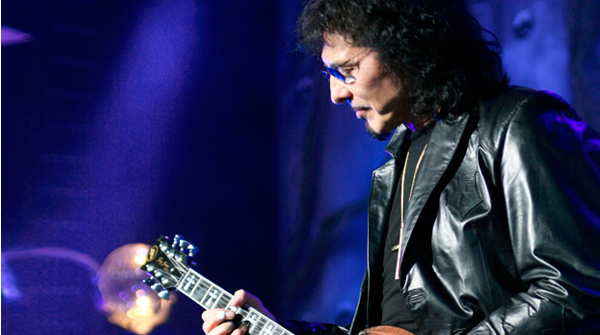 Brian May and Tony Iommi have reveal plans of a possible 'riffalbum,' in which many of the Black Sabbath axe-man's unused licks& riffs will be made available.

In a recent interview with Kerrang! magazine (via NME) Iommi alluded to the projectwhen he asked May:

"When are we going to get to work on that album of riffstogether?" He then followed up with "You know what I'mtalking about."

May certainly understood the reference:

"The record he's talking about was supposed to be a secret butI guess he's blown it now," he said. "I'm very, verykeen."

The plan was apparently devised when the Queenguitarist visited Iommi's studio and discovered hours of unreleasedjams on tapes and hard drives.

"I thought it would be great to make a compilation out ofthem. The idea was to put all these riffs out in some form so thatpeople could build their own songs from them. You could make yourown music with Tony Iommi on guitar!"

At present it's not clear how fans and musicians will be able touse the riffs to their own benefit, however it would appear thatIommi is serious about the project.