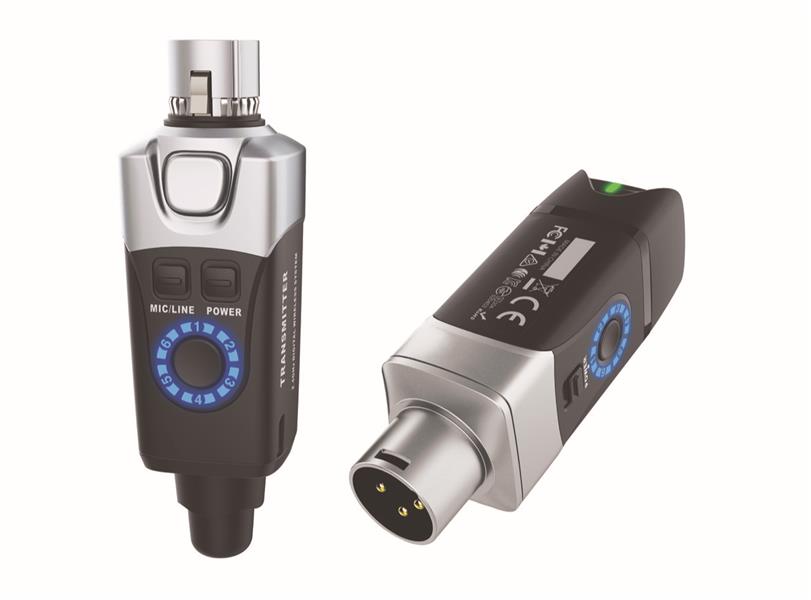 The Xvive XU3 Microphone Wireless System (RRP £249) has been specially developed to offer a high performance alternative to traditional microphone cables, reducing the risk of cord failure and on-stage mishaps, whilst producing sound quality of exceptional fidelity, with ultra-low latency.

The XU3 operates within the 2.4GHz ISM Band, an open band which does not require a licence to be used worldwide. As such, the unit is approved for use in Europe, Asia, North and South America and Australia. The XU3 can broadcast on six channels, has less than 5ms latency and battery life of up to five hours. With a broad 20Hz - 20KHz frequency response, high resolution 24-bit/48kbps Audio, operational range of 90ft and a dynamic range of 110db, the XU3 is ideally suited to handle both live and studio applications.

Offering a compact, flexible and reliable solution to a variety of problematic scenarios encountered by live entertainers and sound crew, the XU3 provides flawless performance, road-ready build quality and a comprehensive feature set. Multi-Channel operation allows for up to six XU3s to be used on the same stage simultaneously, making the unit perfectly suited for band and ensemble performances which employ numerous microphone feeds.

XU3 provides wireless transmission for all dynamic microphones and DI/Outboard equipment with an XLR output, while the Receiver can be used to collect the signal at either a mixing desk, PA console or recording interface. Use the XU3 for wirelessly miking vocals, guitar cabs and instruments at gigs, public speakers at presentations, or go wireless in video production.

Battery life can be checked at a glance with the power status LED, protecting against battery outages during live performance and allowing your shows to run smoothly, each and every time. The XU3 transmitter and receiver can be charged with either the included USB cable or a USB wall adaptor, with the unit's full five hours’ battery life obtained after a two and half hour charge.