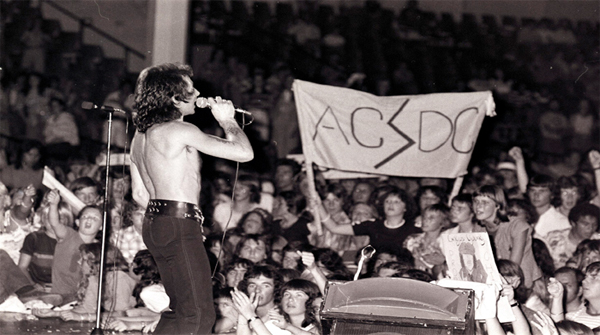 Legendary AC/DC frontman, BonScott is to be immortalised with a memorial statue inhis birthplace of Kirriemuir, Scotland.

According to the HenneMusic the hard rock icon, who died aged 33, emigrated fromthe Scotland with his family when he was six.

"It's early days, but it's a great honour. Bon Scott was anicon from my teenage years."

Scott was found dead in February 1980 from acute alcohol poisoningafter a night out in London.