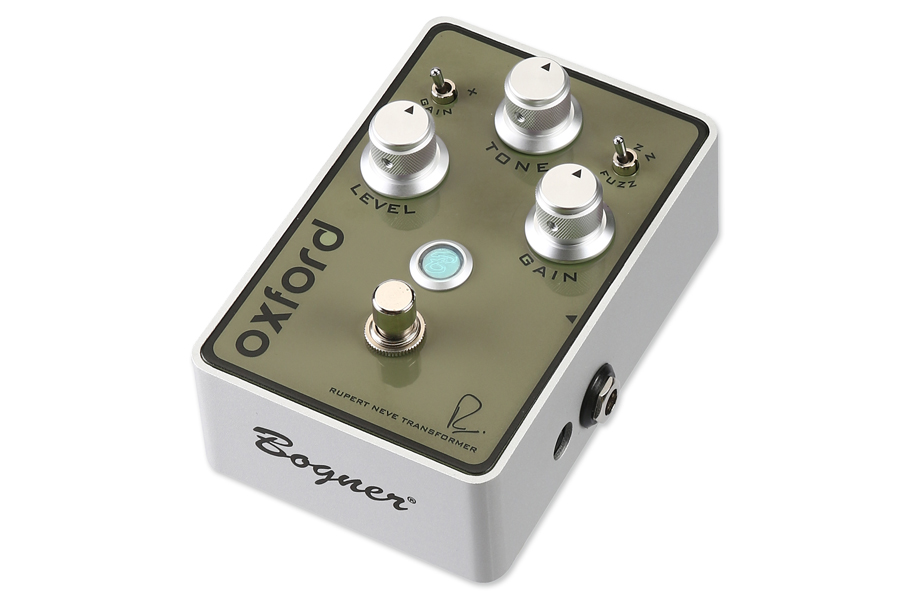 Available for purchase beginning April 14, these two effects offer a dynamite upgrade to any pedalboard.

Oxford is fully capable of subtle, amp-like breakup that reacts to every nuance of your style. In fact, though it’s considered a fuzz pedal, lower positions on the Gain knob can even elicit a near clean and clear boost. But kick the Gain Switch to the + setting and prepare for walls of unending breakup, sustain, and thick harmonic layers that can only be described as destruction.

Key features for the Oxford Fuzz include;

Great-sounding compression comes in a lot of forms, and the Bogner Lyndhurst can nail every one of them. Want the classic country twang? Or try backing off on the squash, flipping the 3-position EQ switch to Sparkle, and enjoying the 3-dimensional clarity of the vintage Neve consoles in Electric Lady, Blackbird, and Sound City studios. You can even dime the pedal’s Inp/Comp control for a gritty and sustaining tone that will give your favorite overdrive pedals a run for their money.

For more information on the Oxford Fuzz and Lyndhurst Pedals visit Bogner Amplification.