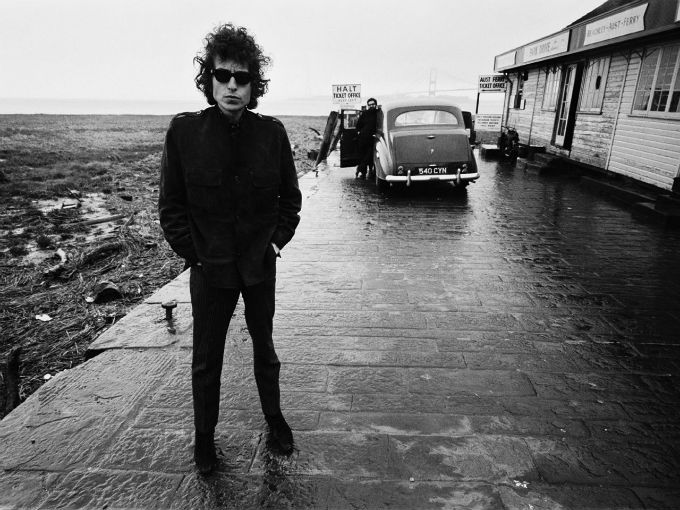 Brazilian-based film company RT Features has acquired the rights to make a film adaptation of the Bob Dylan's iconic album 'Blood On The Tracks'.

After the successes of Martin Scorsese's brilliant documentary 'No Direction Home' and Todd Haynes oddball biopic 'I'm Not There' , producers Rodgrigo Teixeira and Fernandy Loureiro have begun the hunt to find a director for their English-language feature film after buying rights from Grey Water Park Prods.

Dylan's 15th studio album, Blood on the Tracks was released by Columbia Records in January 1975. Certified Double Platinum in the US and Gold in the UK, the album topped the Billboard 200 chart for two weeks following its release and Rolling Stone ranked the album within the Top 20 of all-time.

Biographers have concluded the songs stemmed from personal turmoil at the time, including his separation from his third wife Sara. But Dylan himself once told an interviewer that he found it hard to fathom the album's popularity, since it implied "enjoying that type of pain," but he's also denied that it's in any way autobiographical. In his typically gnomic autobiography, he claims the songs are all inspired by Anton Chekhov's short stories.

Producers Rodrigo Teixeira and Fernando Loureiro don't seem to be looking to Chekhov, but say, "Our goal is to work with a filmmaker who can create a classic drama with characters and an environment that capture the feelings that the album inspires. As long-time admirers of one of the greatest albums in the history of music, we feel privileged to be making this film."

Watch the video of Bob performing 'Tangled Up In Blue' from the album below.