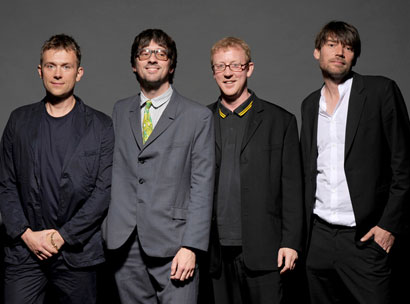 Blur has announced three warm up shows ahead of their Hyde Park date this summer.

Blur shows don't come around very often. Coaxed out of retirement by the Olympics committee the band are set to headline a special show this summer, to coincide with the global sporting event arriving on London soil.

Now the band have unveiled three warm up shows. Blur are set to play a short burst of intimate dates ahead of their Hyde Park appearance, mixing a two night stand in the Midlands with a visit to the seaside.

The Britpop giants will play Margate Gardens on August 1st, before playing two shows in Wolverhampton. Hitting Civic Hall on August 5th and 6th, the brief run of shows end with a visit to Plymouth on August 7th.

Bass player Alex James said: ''Every one of these shows will be very special and we can't wait to get cracking.''

Singer Damon Albarn - who completes the band with drummer Dave Rowntree and guitarist Graham Coxon - has hinted the Olympic show could be the band's last ever.

Blur are set to play the following shows: