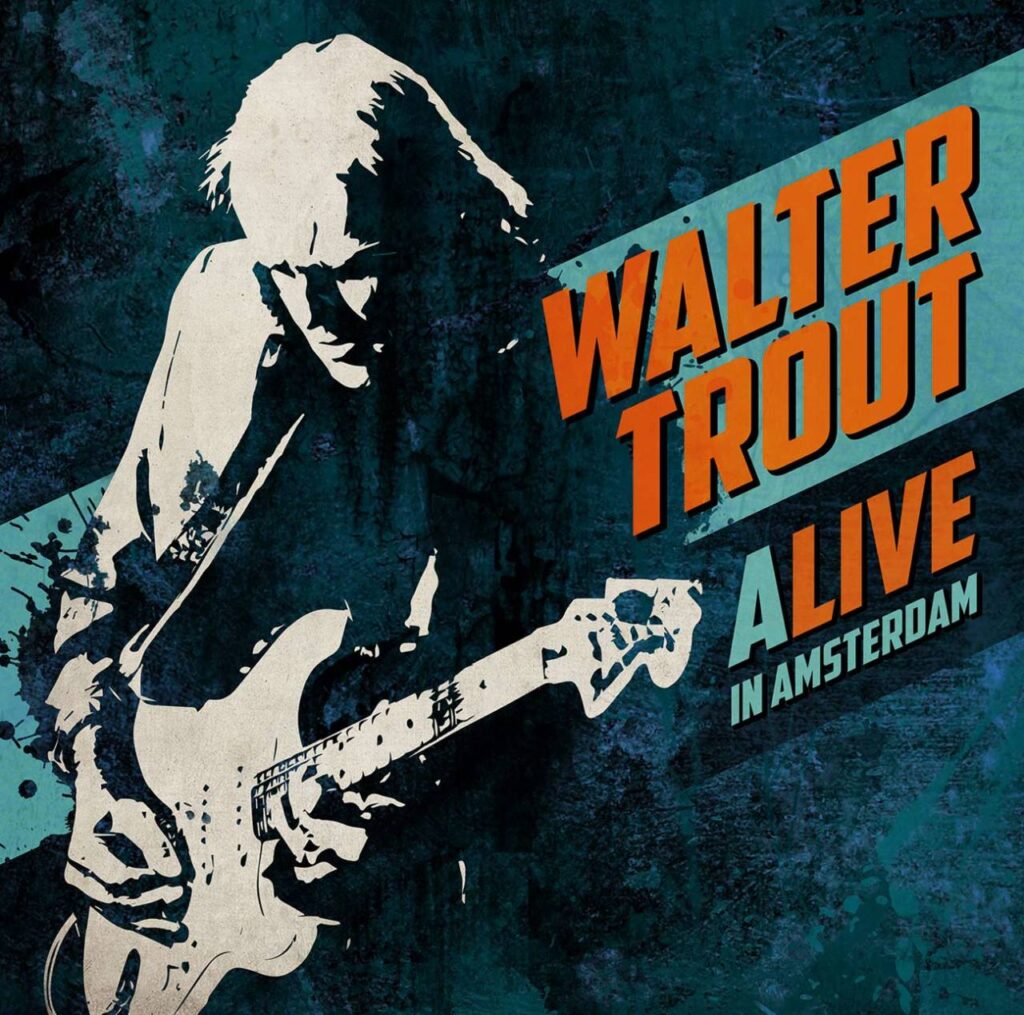 LA-based blues guitarist and singer Walter Trout has announced the release of his latest live album with a teaser trailer on his official website.

"Alive in Amsterdam" will be available on June 17th 2016, and features Trout and his band live on stage from the Royal Theatre Carré in the Dutch capital. The album was recorded on November 25th 2015, when Trout was touring his 2015 album "Battle Scars".

The fact that Trout was recovering from a liver transplant during the tour did not faze him, and in fact seemed to spur him on, as the guitarist says, "...That whole tour was kinda triumphant for me. Just to be back, after what I went through. But also to be playing with a renewed energy and commitment..."

It was during the recording of "The Blues Came Callin'" in 2014 that Walter Trout officially announced he was suffering from liver disease. When he was told his life depended on a liver transplant, fans rallied round to raise the funds for Trout's operation. By 2015, Trout was not only well enough to tour again, but imbued with an emboldened sense of vigour: "...I'd gone through a few years of symptoms...It was a struggle. On this last tour, I wasn't struggling. We were having a great time..." the guitarist says.

"Alive in Amsterdam" is by no means the swansong of a convalescent man. As Trout says, "...We were rocking. If people are expecting a laid-back show, that's not what they'll get. This is potent stuff..." The songs span Trout's fifty-year career, featuring a heady mix of fan-favourites and cover versions of blues classics.

It seems there is no stopping the blues virtuoso, as he continues his 2016 tour into November with numerous dates in the UK, US and Europe. Walter Trout is a man back from the brink, whose brush with death appears to have given him the hunger and drive to push himself harder: "...Sometimes, when I get up (on stage), I have so much energy that I'm bursting out of my skin...I get into the energy and the moment and the excitement of it all..."

"Alive in Amsterdam" is released across all formats on June 17th 2016 on Mascot/Provogue.

For more information and tour dates check out -