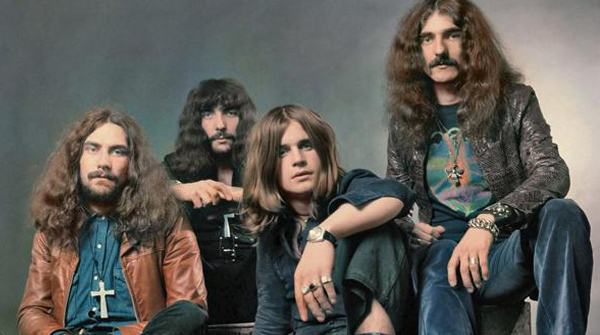 The first eight Black Sabbath albums are set to be reissued in vinyl and CD formats over the next month following their recent Lifetime Achievement Ivor Novello award.

The reissue campaign will kick off via a trio of releases on June 22nd with Sabbath's self-titled 1970 debut, it's follow up "Paranoid" and 1971's "Master of Reality" among the first.

And the final batch will see the light of day on July 13, with 1976 album "Technical Ecstasy" and 1978's "Never Say Die" – the last album to feature Ozzy Osbourne before Ronnie James Dio took over vocal duties.

In related news Ozzy recently revealed that he expects a new and final Black Sabbath album to coincide with a farewell tour sometime in 2016. However, bassist Geezer Butler has his doubts.