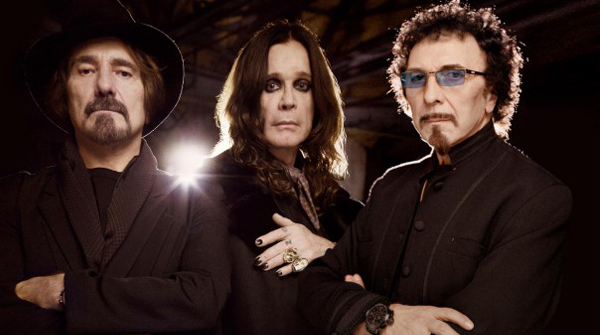 Black Sabbath are to celebrate the launch oftheir 'come-back' album '13' with a livewebcast.

The webcast will begin live at midnight tomorrow (Tues 11th June)and will feature Ozzy Osbourne,Tony Iommi and GeezerButler on Black Sabbath Town Hall, which is set to bestreamed via their YouTubechannel and Google+ as well as via live broadcast on US satellite radioservice SiriusXM.

Guitarist Tony Iommi will appear via videolinkfrom his hometown of Birmingham while his fellow bandmates will beat the Angel Orensanz Foundation in New York. Fans will be able tosubmit questions to be answered during the show via Twitter usingthe hashtag #AskSabbath.

In related news footage from Black Sabbath'sSydney show, from April 27th, has now surfaced online. The show,which took place at the Allphones Arena, is available in full,below and features tracks 'God Is Dead?' and'End Of The Beginning.'