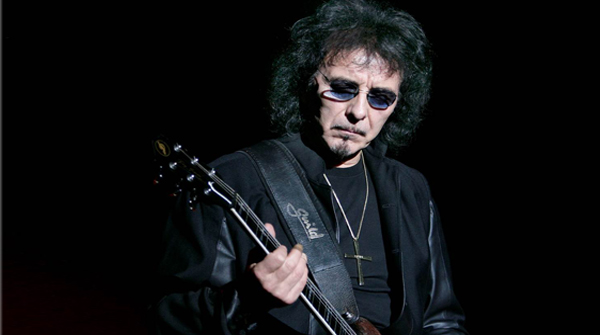 Black Sabbath icon Tony Iommi "The Godfather of Heavy Metal" will be appearing at the Frankfurt Musicmesse this year at the Laney booth 4.0 C06 from 13:00 - 14:00 on 17th April .

Here's what Laney had to say on Tony's scheduled appearance:

"It’s been over four decades since Black Sabbath released their debut record.

It began with a clap of thunder and a tolling bell. Then, as a heavily distorted guitar played a diminished fifth – an interval once banned by the Roman Catholic Church for being the Devils interval – a male voice started to wail as if from the grave…… and music was never the same again!

The date was February 13, 1970 and the album was Black Sabbath by Black Sabbath – the guitarist was Tony Iommi and the distorted diminished 5th sound was a Laney LA100BL.

We at Laney are proud of our long time association with Tony and to have played a unique role in unleashing Heavy Metal to the world."