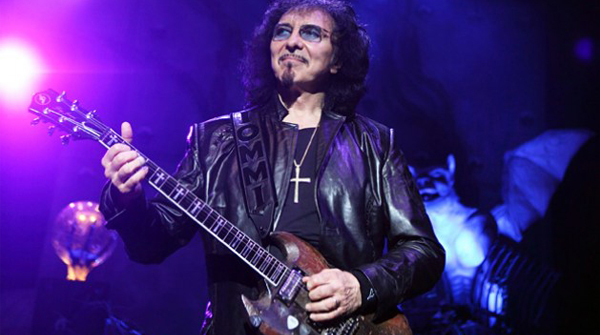 Black Sabbath closing their farewell tour in Birmingham - where it all began - would be a truly fitting end to a career that has spanned five decades, countless tours and nineteen albums.

During a recent visit to Birmingham Town Hall to take part in an "Audience With..." show, Tony Iommi , the longest serving member, alluded to the idea whilst chatting on stage with friend and host Gary Newbon.

It's been over 40 years since Black Sabbath played the Town Hall and Iommi still holds the deepest of admiration for the Sabbath fans in attendance for "putting us where we are today".

"When we are home where we started, we have always found it a bit nerve-racking, but Birmingham means such a lot to us," Iommi said at the event, adding

"We are off to Australia in a couple of weeks, but it would be nice to think it could finish back where it all started — in Birmingham."

The current 'last date' on Sabbath's world tour is scheduled for Sep 21st in Phoenix, however, it's not expected to be the last.