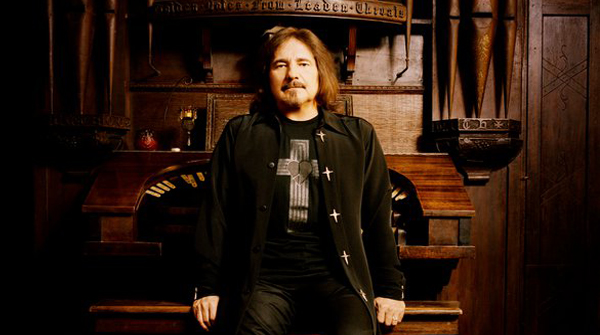 The scheduled release for the new album '13,'which is being produced by Rick Rubin, will besometime in June 2013.

Here's what the Birmingham bass legend had to say on the band'swell overdue follow up to 1978's 'Never SayDie,'

"Well, it was sort of a temporary name, that we had somethingto refer to the album as, and I think it kind of stuck,"Butler says, explaining how the album's name came about.

"But I don't know whether that's going to be the final titleor not. Originally we were gonna put 13 tracks on the album. Weended up doing 16 tracks, so I'm not sure what's gonna be on thealbum and what isn't."

"This is the first time we've done an album togethersober," said Geezer whilst comparing the recording process ofthis album to previous.

"None of us have been drinking or doing drugs or anything, soit's been more professional in that way. And we've stuck to aschedule every day, we'd go in at one o'clock and finish at six,just to keep everything fresh."

"It's sort of got the feel of the first three albums... backto the basic rawness," he adds. "And the lyrics are very -they're just about life. Life and death and doom and everythingelse. You get Prozac with each album."

As original Sabbath drummer Bill Ward issitting out the reunion, the band enlisted Rage Against TheMachine's Brad Wilk for the project.

"Cause he wanted to have… He didn't want a typical heavy metaldrummer on the album, 'cause it's not really a heavy metal album;it's more of a rock… heavy rock. And Rick Rubin suggested havingBrad, 'cause he's more in the vein of Bill Ward. So we jammed withhim and he sounded great with the stuff, so we went with that …It's sort of back to the way we used to be in the '70s; that's hisfeel - sort of a jazzy, bluesy feel to him, and that's the way themusic is now. It was great working with him."

However whether or not Wilk will tour with Sabbath when theyhead out is still undecided.