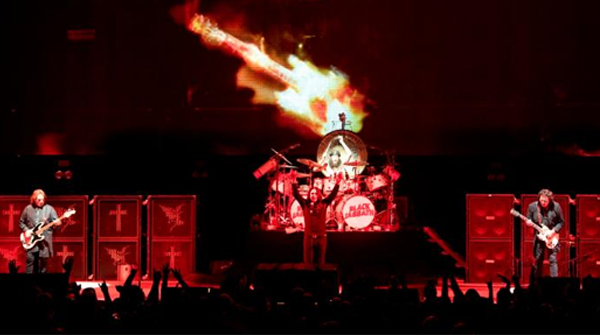 The three final shows on the Live Nation-produced tour--November 8 at BOK Center in Tulsa, OK, November 10 at Toyota Center in Houston, TX and November 12 at AT&T Center in San Antonio, TX--wrap up nearly a year of headlining performances and the band's special one-off gig at this year's Ozzfest (Saturday, September 24 at the Ozzfest Meets Knotfest double-header music and lifestyle weekend).

Following the U.S. shows, the greatest Metal Band of All Time will head to Mexico and then South America where they'll wrap up their 2016 dates before performing the last shows of their career, back where it all started in England.  The last leg of The End tour will start with a January 17 show in Cologne, Germany before the band returns to the U.K.   Those shows launch January 20, 2017 at the 3 Arena in Dublin before hitting arenas in Manchester, Glasgow, Leeds and London (with two nights at The O2), culminating with two performances in their Birmingham hometown at the Genting Arena. The dates are below.

When this tour concludes, it will truly be The End, The End of one of most legendary bands in Rock 'n Roll history...Black Sabbath.