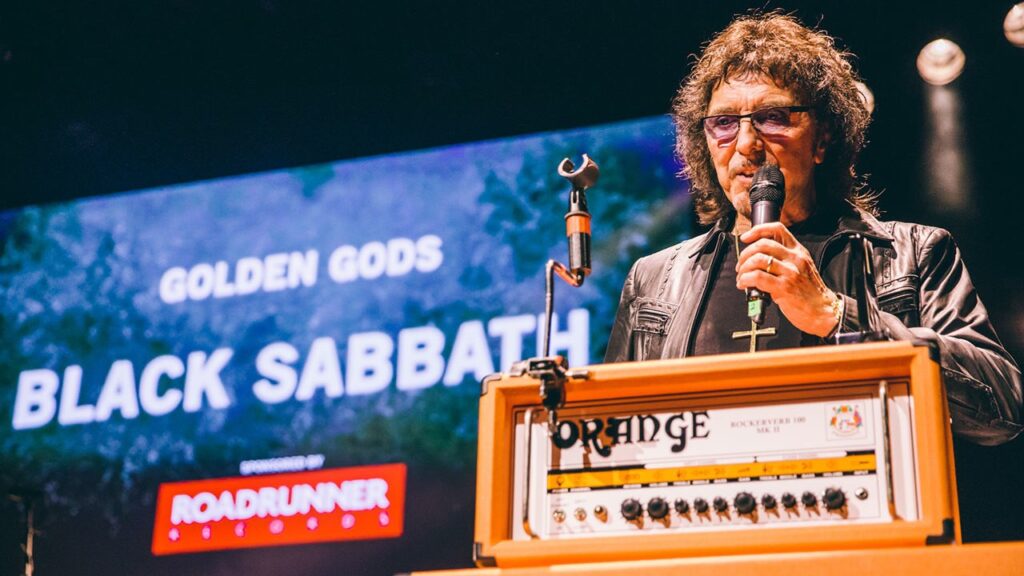 Taking place at IndigO2 at The O2, London on Monday, June 12, WWE megastar Chris Jericho hosted this unique and special night, which was, like all Golden Gods shows, all about the fans. There are no tables, no sit-down dinners, no industry backslapping – this is a room full of genuine fans who have voted in their hundreds of thousands to see their favourite bands be victorious. The night celebrated the best of heavy metal from the past 12 months as well as performances from some of the world’s most exciting bands.

“After a difficult end to last year in which the future of our magazine looked uncertain, we couldn’t have thought of a better way to celebrate our comeback,” says Metal Hammer Editor Merlin Alderslade. “From the one and only Chris Jericho returning to host our awards for a record-breaking third time, to seeing legends like Tony Iommi, Tom Morello and Chuck D walk out on stage, to honouring the contemporary names who make our scene great, it was the kind of evening that only the Golden Gods can provide. As always, though, the most important thing was the metal community coming together again – and we salute everyone who has supported us in the last year and beyond, be it by coming to the show, buying our magazine or simply spreading the good word of heavy. Horns up!”

The godfathers of metal, Black Sabbath, collected the evening's main honour: the Golden God award presented by Roadrunner Records. Founding member and metal legend Tony Iommi was on hand to collect the gong in the year that saw the end of the band’s final, 81-date world tour and glittering 49-year career.

Mastodon headlined the evening’s ceremony with a blistering live set in what was one of their most intimate performances in years. Following the release of their acclaimed ‘Emperor Of Sand’ album in March, the band’s stock has risen monumentally to become one of the world’s must-see live acts, proven by them winning Best Live Band presented by Monster Energy.