Black Sabbath Bassist Believes Current Tour Will be Their Last 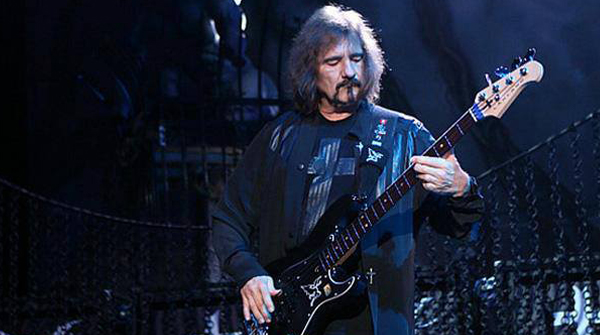 Black Sabbath Bassist Believes Current Tour Will be Their Last -

Black Sabbath bassist and co-lyricist Geezer Butler has revealed in a new interview with the Chicago Sun-Times that the band’s current world tour in support of their comeback album ‘13’ will most probably be their last.

“I’ll know when the day comes I can’t do this anymore, can’t play to my usual standards. That’s when I won’t go out anymore. I won’t do that to me self. But at the moment, I just love playing with the band. It probably will be the last time; will probably be the last tour. But I want to go out on a high. The band is playing really well at the moment.”

When asked on whether he believes the tour will be their final trek, Geezer said:

“I don’t know. I just got a feeling. It’s getting tough, it really is. I can’t lie about that. I’m old now. It really is tough going on every night. You wake up next day, all the pains you never had before. I don’t want to go onstage for the sake of the money. You have to have a lot pride in yourself, and I honestly think I’m coming to the end of the top of my job.”

At present Black Sabbath are in the midst of the North American leg of the tour that wraps up next month on September 3 in Los Angeles. They will then head south to perform a series of dates in Latin America starting October 4 in Santiago, Chile.