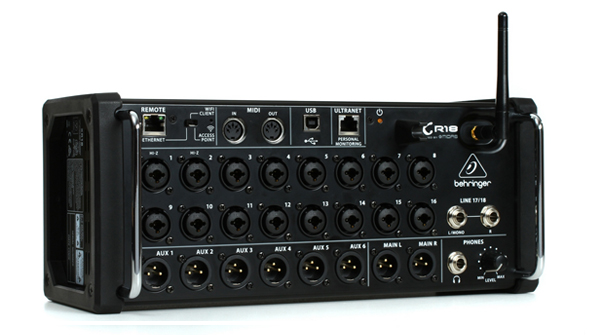 (PRESS RELEASE): Building on the tremendous success of the Behringer X32 which has become the world’s best-selling digital console family, the company announced 4 revolutionary products that are being added to their digital mixer lineup.

“For the first time in audio history, Behringer has created a digital mixer which is integrated into a stage box and combined with a wireless router, recording interface, personal monitoring system and even a revolutionary auto-mixing function. While not only unprecedented from an engineering point of view, the starting price of US $299 is equally unheard of,” stated Music Group Senior Engineer of Conception Jan Duwe.

“While our competitor only work with iOS-compatible tablets, the X AIR Series is an equal-opportunity launch pad for your dreams. It works beautifully with Android, PC, Mac and Linux tablets as well as mini-notebooks – and yes, even iPads of all sizes,” continued Duwe. “The X AIR Series not only changes the game, it changes the very playing field – by accommodating all of the world’s most popular operating systems!

Ideal for traditional front of house applications, the robust X18 excels as a universal dock for tablets and notebook PCs, while the XR18, XR16 or XR12 stage box format mixers provide maximum onstage versatility – and come with a convenient rack-mounting kit making it ideal for installed applications.