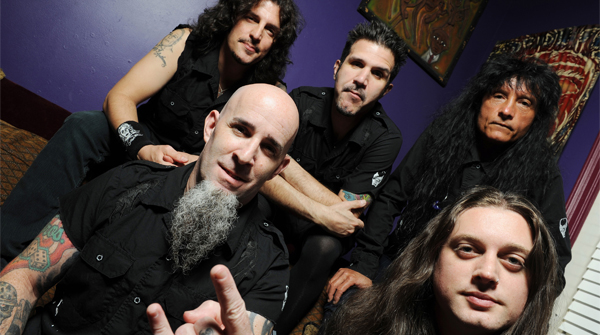 Anthrax's upcoming album has been described by drummer Charlie Benante as "really thrashy."

The thrash outfit are currently nearing the completion of what will be their 11th studio effort and the follow up to 2011's Grammy nominated "Worship Music".

"Worship Music started a new chapter in our career, and it has served as an inspiration for this new album. Worship was made up of a lot of different types of songs, some thrashy, some very mid-90s Anthrax-sounding, but this new one is really thrashy."

While guitarist and Issue 30 cover artist, Scott Ian, described the new material as "angry", he said:

"The lyrics I write tend to go along with the way the music sounds, and this new music is very angry. Lots of people said that Worship Music was a return to the roots of the band. Well, this record is even more so.

The as-yet-untitled record is expected to be released later this year.