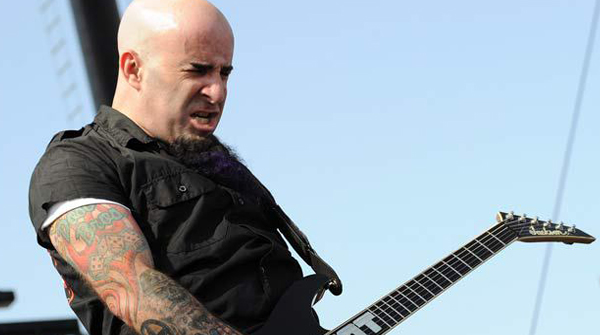 Anthrax man Scott Ian is set to release his forthcoming memoir “I’m The Man: The Official Story Of Anthrax ”on October 14th 2014.

In support of the release, Ian has announced a trio of book signings taking place in Huntington, NY; Ridgewood, NJ; and New York City – see below for a complete list of dates.

Ian chose Jon Weiderhorn to co-author the book which chronicle's Ian's rise to metal stardom and the complete history of Anthrax, from the band's formative years to the current Joey Belladonna fronted incarnate.

An official book-release party will be held October 10 at Largo in Los Angeles, California.

“I’m The Man: The Official Story Of Anthrax”