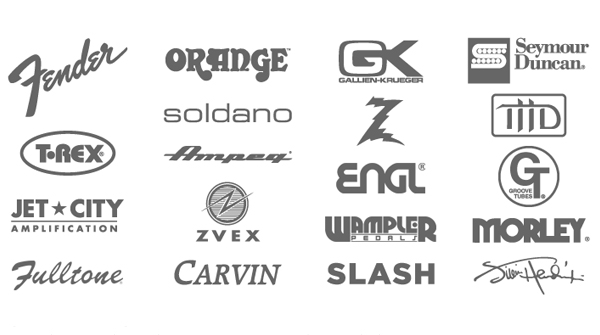 (PRESS RELEASE): IK Multimedia is proud to announce the addition of the Morley® Contour Wah pedal to the AmpliTube Custom Shop lineup. With it, the Custom Shop now features over 280 software emulations from 17 of the most legendary brands in guitar and bass amplification and effects. This makes it the largest collection of downloadable virtual guitar and bass gear on earth, with a catalogue that stretches from boutique to mainstream, British to American, blues to metal and everything in between. Now musicians can have 24/7 access to even more of the most desirable amplifiers, stomp boxes and effects of all time.

The latest addition to the AmpliTube Custom Shop catalogue is the powerful Morley Contour Wah Pedal, one of the most modern-sounding wah pedals on the market: it features an array of controls that allow it be tweaked to suit any style or sound, players can use its tunable Contour and Level controls to alter its character from warm and mellow to bright and cutting. It also features an Auto-Off feature, which lets you set it for a mid-range boost that's perfect for guitar leads even when your foot is off the pedal - something you cannot do with the physical version.

In the three years since its release in 2011, the AmpliTube Custom Shop has grown at a rapid pace. It originally featured 10 respected brands, and in the past 3 years has seen the addition of 7 notable new companies. In addition to its original officially certified models from legendary guitar and bass brands such as Fender™, Ampeg®, Orange®, Soldano™, Groove Tubes®, Gallien-Krueger®, Jet City Amplification™, THD® and T-Rex®, the Custom Shop now also features officially certified gear from Fulltone®, Z.Vex®, Carvin®, Morley®, Wampler Pedals®, Dr. Z®, ENGL® and more, plus signature gear from artists like Slash and Jimi Hendrix, with more models and brands coming in the future. All told, there's over 280 pieces of professional-grade gear now available for trial and purchase in the AmpliTube Custom Shop!

Your one stop tone shop

The AmpliTube Custom Shop for Mac/PC is a free DAW plug-in and standalone software that gives players 24/7 access to some of the most sought-after analogue and digital music gear of all time. Once installed, it allows players to browse, audition and purchase collections from the world's top gear manufacturers à-la-carte. Each model can be tested for free before purchase, just like trying out an amp or effect in a physical guitar shop. Gear models are sold in the Custom Shop using Gear Credits and are priced between 5 and 30 credits each. Gear Credits are sold in packs from a minimum of 20 credits to a maximum of 1500 credits, with individual gear models starting as low as $3 each!

Recording, mixing, mastering and beyond

In 2012, Custom Shop was extended to also feature T-RackS mix and mastering gear. It lets musicians make à-la-carte purchases with Gear Credits or cash. Within the same environment, guitarists and bass players - as well as producers and engineers - can access the crème-de-la-crème of vintage and modern virtual mixing and mastering outboard gear: EQs, compressors, reverbs, delays and more. These can all be used with the T-RackS Custom Shop free DAW plug-in and standalone software. Now featuring 28 must-have emulations, T-RackS Custom Shop offers the same convenience as AmpliTube Custom Shop: It's the best way to go when you want to record, mix and master high-quality sound on your Mac or PC.

Plugging in to a world of sound

With IK Multimedia's range of interfaces for mobile devices and Mac and PC, getting tone from AmpliTube is as simple as plugging into an amplifier. iRig HD and iRig PRO are IK's latest generation of digital interfaces that allow players to plug in and get pristine, pure sound quality from their iPhone or iPad and also Mac or PC.

To access the Morley Contour Wah, and the many other gear models available in the AmpliTube Custom Shop, users need to download AmpliTube version 3.14, which is a free update for current AmpliTube owners, and is available for Mac and PC. The gear models in the Custom Shop are sold using Gear Credits and are priced between 5 and 30 credits each. The Morley Contour Wah is available now for 20 Gear Credits. Gear Credit Packs start as low as $19.99/€15.99* (for 20 credits) and go up to $749.99/€639.99 (for 1500 credits).