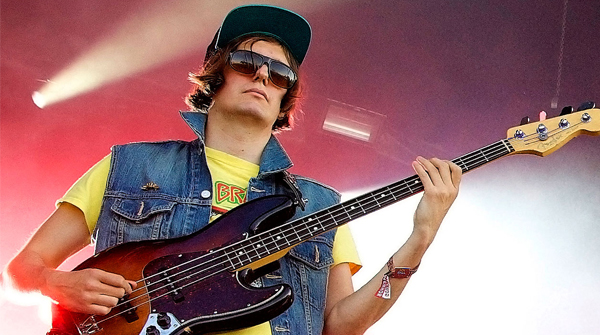 The Strokes are giving fans an exclusive glimpse of their concert at the new state-of-the-art performance center The Chelsea at The Cosmopolitan in Las Vegas on August 20, 2014. Strokes bassist Nikolai Fraiture is taking over Ampeg's Instagram page for the day. Fraiture, who has a long relationship with Ampeg, wants to give fans an exclusive back-stage look at everything the band does from the moment they arrive in Las Vegas to the live show and even the after-party.

"I'm thrilled to do this Instagram takeover for Ampeg on Aug 20th for our Vegas show," Fraiture commented.

"Since day one they've been my go-to amps in the studio and on stage."

Fraiture's Ampeg amps of choice include the SVT-CL, SVT-810E and a classic B-15. Fans will get a chance to see those amps in action as well as be treated to exclusive photos that will give a behind-the-scenes look at a day-in-the-life of the band. To join in on the fun, all fans need to do is follow @Ampeg on Instagram and look for #StrokesTakeover in the tags.

"This is an exciting opportunity for Ampeg to share a one-of-a-kind experience with a one-of-kind artist," remarked Ampeg Artist Relations Manager Scott Paterson. "Nikolai is close to us and close to his fans and providing this backstage access is the perfect way to bring it all together."

After their Las Vegas show, the band will be heading to the FYF Fest in Los Angeles on August 24, 2014. Keep up with The Strokes on their official website (www.thestrokes.com) and be sure to follow @Nikolai_Fraiture on Instagram.