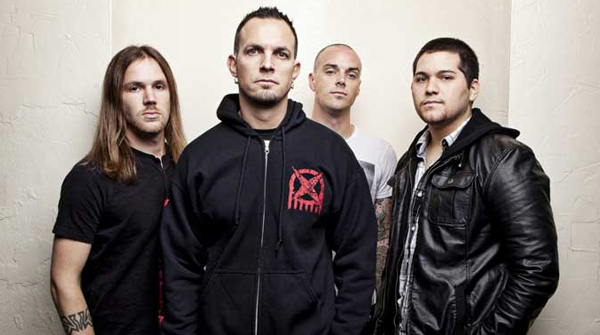 Alter Bridge/Creed guitarist/songwriter, Mark Tremonti, isgearing up for his first-ever solo project this summer. 'All I Was'is scheduled for release on July 10 via Fret 12 Records, thecompany Mark started with Daniel Tremonti and Tom Stanley.

Mark's solo effort, being released under the name Tremonti,showcases his acclaimed guitar playing and incomparablesongwriting. The release also marks his debut on leadvocals.

Tremonti features Eric Friedman on rhythm guitar and GarrettWhitlock on drums. Mark's Alter Bridge/Creed bandmate, BrianMarshall, will be stepping in for the bass duties when Tremontitakes to the road later this year. Long time friend andcollaborator Michael "Elvis" Baskette, known for his work withAlter Bridge, Chevelle and Ratt, produced the album.

From the first riffs of album opener "Leave It Alone" to thefinal notes of the closer "Decay," it is apparent that Mark'splaying and songwriting are at a new level. The metal influences hegrew up on ring throughout the album on songs like "So You'reAfraid," "Wish You Well" and "Giving Up." Mark finds his voice;literally, stepping up to the microphone for the first time in hiscareer as a lead vocalist. The depth of his voice carries themelodies on songs like "New Way Out" and "Proof." The first single,"You Waste Your Time," will be unleashed at Active Rock radio overthe next few weeks and will continue the success at the format thatMark has achieved with both of his other projects.

The lead single, "You Waste Your Time," will hit Active Rockradio in the coming weeks.

YouWaste Your Time by Tremonti