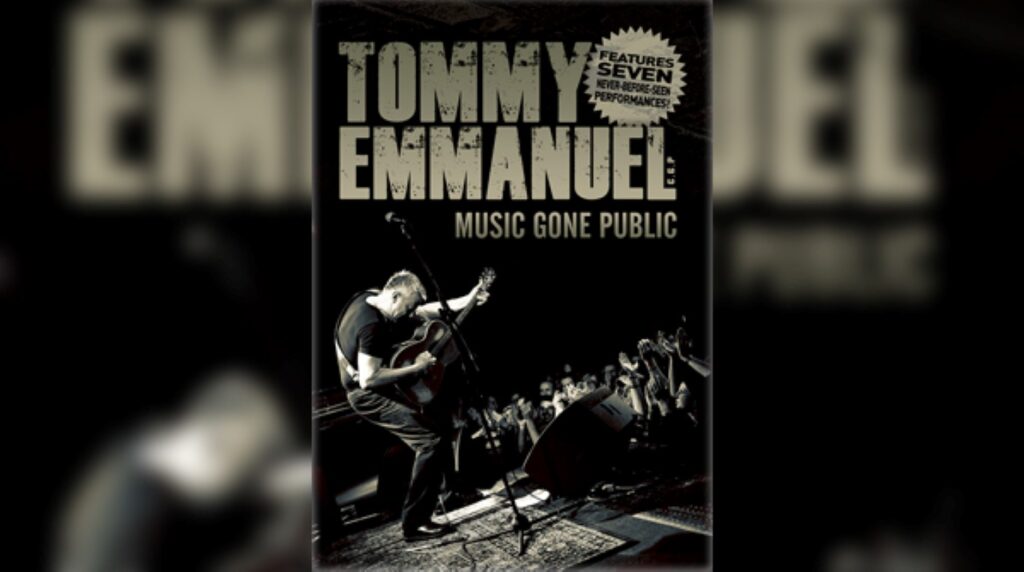 The first season of Music Gone Public – Curated Concerts for Public Television was met with enormous success. The season featured performances by artists such as Tommy Emmanuel, Frankie Moreno, Frank Vignola, Joe Craven, and Antsy McClain, to name a few. Emmanuel’s program was a bit unique. Rather than highlight one concert, his episode combined many of his great performances for PBS over the last decade from previous features such as Center Stage, Tommy Emmanuel & Friends - Live from The Balboa Theatre, and Live and Solo from Pensacola, Florida.

Tommy Emmanuel’s five-decade career has garnered hundreds of thousands of fans worldwide, along with two GRAMMY nominations. Maintaining a tour schedule of nearly 250 shows a year, Emmanuel has been voted Favorite Acoustic Guitarist in both Guitar Player Magazine and Acoustic Guitar Magazine’s reader polls. Emmanuel’s catalogue includes over twenty musical recordings of solos, duets, ensembles, cover tunes, originals, utilizing both electric and acoustic guitar. He has made six live performance DVDs, and six additional instructional DVDs. Tommy Emmanuel is an honorary Kentucky Colonel, a CGP (Certified Guitar Player), an Order of Australia Medalist (AM) and the holder of an honorary Master’s Degree (MA).

Special Features Track List (All Tracks Below Are Previously Unreleased)

1.Tears for Jerusalem
2. Haba Na Haba
3. Golliwoggs’s Cakewalk
4. Nuages with Frank Vignola
5. If I Had You with Bucky Pizzarelli, Frank Vignola, and Vinny Raniolo