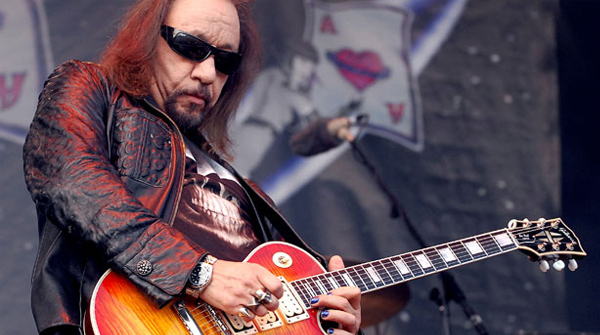 The new track is an ace (excuse us) cover of 1973 classic 'The Joker' originally composed by the Steve Miller Band and will feature on Ace's new album, 'Space Invader'.

'Space Invader' is the sixth solo project by Ace and the first following his Rock and Roll Hall of Fame induction and 2009's Anomaly" release.  Asides from the aforementioned cover of 'The Joker' his new album will also include first single, ‘Gimme A Feelin’ plus ‘Inside the Vortex’ and ‘Past the Milky Way.’

'Space Invader' will be available as of Aug.18 via via eOne Music.