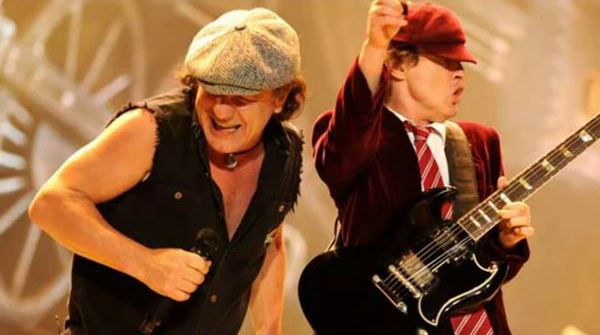 The 40th Anniversary of Australian/English hard rockers AC/DC will be celebrated with a new album and tour.

In a radio interview with 98.7 The Gater in West Palm Beach, Florida, frontman Brian Johnson said:

“We’ve been denying anything because we weren’t sure. One of our boys was pretty ill, so we didn’t like to say anything. We’re very private about things like this and he’s a very proud man. But I think we’ll be going in the studio in May in Vancouver – which means we should be getting ready.”

“It’s been 40 years of the band’s existence, so I think we’re going to try to go 40 gigs to thank the fans for their undying loyalty,” Johnson continued.

“Honestly, our fans are just the best in the world and we appreciate every one of them. So we have to go out even though we’re getting a bit long in the tooth. It’s been four years and I’m really looking forward to it.”

In 2008 AC/DC released 'Black Ice' and the three year tour in support of the album went on to make in excess of $440m, making it the fourth-highest grossing tour of all-time.