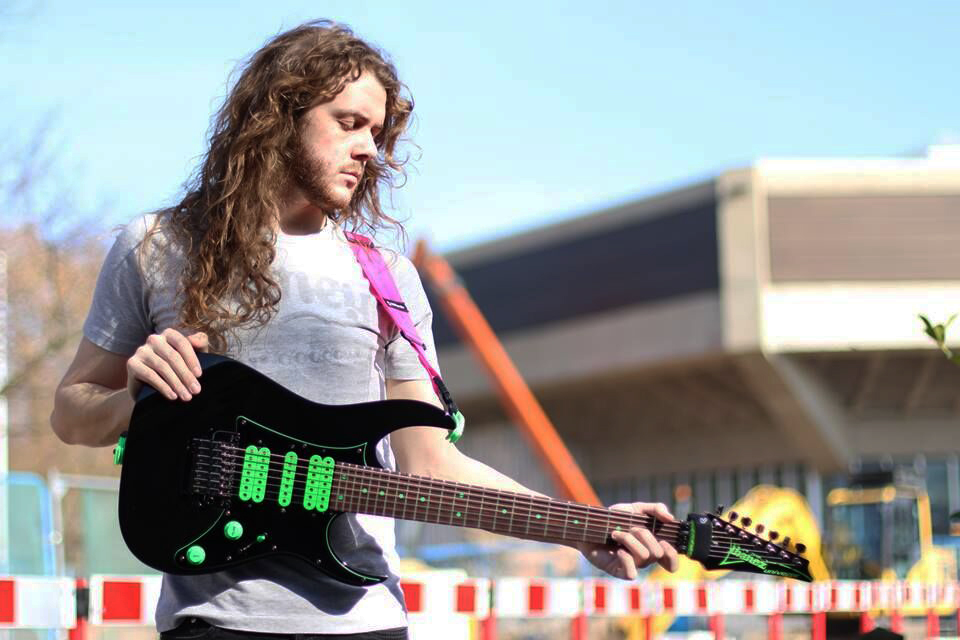 We caught up with Gi contributor and Licklibrary tutor Sam Bell to find out a little more about how he got started in music and what makes him tick as a player....

Hi Sam, can you share some of your earliest musical influences & inspirations?

My family aren’t musicians but we always had music playing in the house when I was growing up, Thin Lizzy, Marilion, Bob Dylan, Roxy Music etc. It wasn’t until I saw The Buddy Holly story Musical that I wanted to actually play the guitar. I was only 4 years old, I thought he was Elvis, turns out I was wrong! From there I became addicted, I was learning Buddy Holly, Bob Dylan and Chuck Berry songs when I was 5/6, jamming along to my parents old records. When I was 7/8 a family friend gave me a Jimi Hendrix record on tape…I was totally mesmerised by the opening riff to Purple Haze, I HAD to learn it. A neighbour friend of ours was a guitarist, I remember one summer evening him showing me it, it was like he had given me keys to the fountain of youth. From there I discovered many more players who still influence me to this day such as Mark Knopfler, Hank Marvin, and Van Halen.

In your early years, was making a living as a musician a conscious goal, or was it more a process of following your intuition and inspiration?

I never thought that I would be a musician. I loved music so much, I didn’t question if I could make a living, it was just something to do. I wanted to learn more songs and learn more riffs all the time. I was lucky enough to be surrounded by some kind Adults who would introduce me to new music or show me things on their old acoustic guitars. I was a shy kid in school, but I always performed on my guitar in the playground. This was around the time most girls were doing Spice Girls routines, I loved the Spice Girls, but I thought Buddy Holly was way cooler. I would often go to bed with music in my ears imagining being on stage playing the solos to the songs (often Thin Lizzy tunes!) it was a dream but I wasn’t smart enough to think about making it a career, its something I loved and still love!

Was there ever a time / moment when you doubted whether a career in music was an attainable goal?

I skateboarded through most of my teenage years, I didn’t pick up the guitar that often. It was like a party trick to me, I couldn’t talk at parties, I just picked up a guitar and sat away from people playing old songs that I learnt when I was young. I broke my right arm pretty badly when I was 15 and the doctor said I might lose proper function in my arm. I still get twinges these days but luckily it healed up well over time. I didn’t pick up the skateboard again. My skateboarding years weren’t wasted though, I discovered lots of cool music whilst skating. Joy Division, Ramones, Jurassic 5, NAS and I developed a taste for Dance Music. I decided to go to college because that’s what most kids do in my area, I was going to do media but I chose to do music because I knew a few riffs. It was there that I met some people who would introduce me to players like Paul Gilbert, Jason Becker and Yngwie Malmsteen.

Can you share any personal and / or career challenges that have helped shape you as an artist?

As a musician at any level there are going to be daily challenges. Often my biggest mistakes have been my biggest lessons. I have made lots of mistakes! It’s learning how to twist things around when things go wrong and keep your cool.  I think its super important to play live and perform in front of people. That teaches you a lot about music and life! Far too much than I could list here! Being a professional musician has lots of challenges, it is difficult but I wouldn’t have it any other way, I love my job. People will try and stop you from doing things, people will say nasty things, you just have to keep going and be yourself 100%.

Who are some of your biggest influences as a Guitar player?

Music is my biggest influence…that’s a boring answer though! I will name some players who really helped shape me in my journey so far.

When you approach a studio session for another artist what types of preparation do you do for the session? And, what type of direction do you welcome from the artist?

I make sure I know the material I will be recording, or at least know the brief of what is expected of me and I practice towards that. Not only technically but also preparing the right feel and tone for the session. Making sure my gears working and I am using the right gear for the job. I welcome all direction from whoever is producing the session, they are hiring me to do a job. It makes no sense for me to force my own direction into something when it’s not asked for, that can be how you get fired! Practicing being versatile and really knowing the guitar theoretically and stylistically is very important. Also playing to a click is a major skill everyone needs to know and master. If you can provide a quality part on a track and it doesn’t take much time and you are easy to work with then you will be called back! If not by that producer, by one of their friends at least!

Finally Sam, when you produce your own music, what are some of the most important elements that you focus on?

Melody, Flow and Groove. I like technical stuff, but it’s not make or break for me personally in my own writing. A melody that makes your hairs stand up on end, a pumping syncopated groove and sections that flow interestingly. I like adding surprise elements sometimes when it’s called for. Simplicity is key, I love the pop song structure, orchestration and arrangement that can be found in classic and modern pop. It works as a great foundation to build from, especially if you are writing instrumental music. I am obsessed with the small simple details that produces put into recordings. Perhaps that is one of the reasons I love Michael Jacksons music so much with Quincy Joan’s. Put the headphones on and suddenly you can hear a cool extra guitar part supporting a melody that is barely in the mix but it makes all the difference, I love that kinda thing!

On a side note, I think a song should show a mood, it should tell a story, it should take the listener on a journey and make them feel something. If I don’t feel anything whilst writing I work until I find that buzz. Its important not to get wrapped up in ego of ‘look what I can do’ for no reason what so ever, we have all been there! It works well, but think about your listeners! But at the same time do what you love and do what interests you, if you build you the rest will come.

Sam Bell is a regular contributor to Guitar Interactive Magazine and a tutor at Licklibrary. Check out some of Sam's lesson courses here.