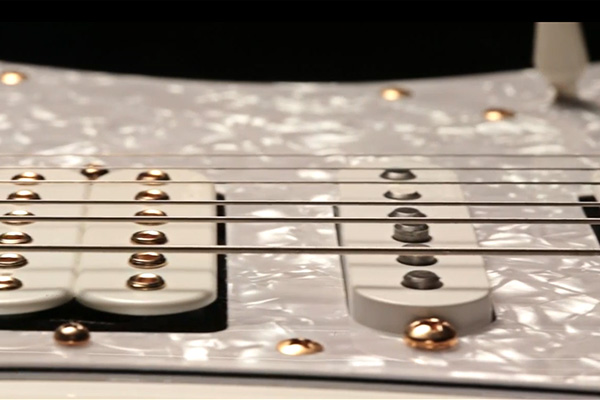 DiMarzio, Inc. announced it will release two new Gravity Storm™ humbucking pickups for electric guitars in mid-August. The Gravity Storm™ Neck and Bridge Model pickups were designed for Steve Vai. The pickups are named after a song on his new CD, Steve Vai: The Story of Light, that will be released on August 14, 2012 by Vai's Favored Nations label.

Steve described the sound he wanted from his new Gravity Storm™ Bridge Model (DP253) pickup as "a thundering cloud of ice cream". It is very much a plug and play pickup - it does not require a lot of tweaking to get a great sound. Because the highs are very fat, it is possible to increase treble response on one's amp without losing tone and sustain on the high frets.

DiMarzio's new Gravity Storm™ Neck and Bridge Model pickups are made in the U.S.A. and will be available August 15, 2012 from guitarcenter.com and musiciansfriend.com. They will go on sale from all DiMarzio dealers on September 17, 2012. Suggested List Price for each pickup is $115. For more information about Gravity Storm™ pickups, visit the DiMarzio website at www.dimarzio.com.

Five of the Most Unusual Custom Guitars Ever Built