Hi guys and welcome back to part two of our look at one of the most famous and notorious chord progressions in the jazz genre. In the last issue we looked at how to derive the basic ‘Coltrane changes’ form from any given starting Maj7 chord. In this issue we’re going to be taking things a step further by looking at the actual chord progression used in John Coltrane’s most famous of tunes – Giant Steps. Released in 1960, Giant Steps was Coltrane’s fifth studio album and represented something of a monumental shift in jazz. In the weeks before recording Giant Steps, Coltrane had just finished studio sessions for the seminal album, Kind of Blue, a Miles Davis led, primarily modal project that couldn’t have been further from Giant Steps in terms of harmonic complexity and density. In fact, the tune Giant Steps was so new and complex at the time that the piano player on the session, Tommy Flanagan, seemed to really struggle with the chord changes, playing stop-start phrases compared to Coltrane’s beautiful flowing lines.

The reason for the difficulty associated with Giant Steps is that it is harmonically very dense and generally performed at very fast tempos above 280bpm. It requires years of practice to get comfortable over this progression so be prepared to take your time and be patient with yourself. Since we’ve already looked at the basic Coltrane progression let’s now examine how he came up with the longer progression for Giant Steps.

Coltrane combined these with his new chordal system to create the following progression for Giant Steps – again you’ll find this written out in the tablature: -

Note the Coltrane progression occurring twice – from Bmaj7 at the start of the progression and then again from Gmaj7 in bar five, combined with each of the II-V-I’s leading into each of the three tonics – Bmaj, Ebmaj and Gmaj. Also of note is the clever way the progression resolves with a II-V (C#m7 – F#7) at the end, leading back into Bmaj7 at the top again. This gives the progression a wonderful, cyclical feeling that makes it hard for the uninitiated to work out where the beginning and end are.

So, now that you know the progression we need a way to practice soloing over it. At this point it’s worth pointing out that this is an advanced progression to improvise over and if you’re still struggling to play over a blues or more basic standard, it may be best to come back to this at a later stage in your development and be content with just playing the progression for now. One method people use a lot is to play scales or arpeggios over each chord in order to familiarise themselves with where the harmony is on the fretboard in a linear manner. This is fine, except that it can become very limiting and hard to break out of these preset scale and arpeggio patterns and actually create some music and flex your creative muscles. You should certainly practice this approach, but I’m going to suggest something else to supplement this that will help to free you up more as you are learning the fretboard.

Start by only playing root notes over each of the chords. A single note on each chord will suffice for now, but try to play them all over the fretboard getting used to thinking ahead as you go rather than always thinking about the chord you are playing on in the moment. This will get you quicker at ‘seeing’ the fretboard, better preparing you for the next step. Once you can play root notes with ease over the progression at any speed without getting lost or always falling back on your favourite parts of the neck you should try to play two notes over each chord, using only chord tones. Use the root notes as your point of visual reference – you don’t need to always play them of course, but you should use the root note as your basis for visually finding the 3rd, 5th and 7th and choosing two notes to play on each chord. This may be a VERY slow process at first – this is a good thing – it means that you WILL be learning something each time you attempt the exercise. Which two notes you play is entirely up to you, but it’s a good idea to have close voice leading within your phrases at first, rather than jumping around to fit with the areas of the neck you find most comfortable. Once two notes per chord is comfortable do the same thing but with four notes per chord. Again, the notes you choose are entirely up to you, but I recommend sticking to chord tones for now so that your lines are strong sounding and outline the chords well. At this point it’s worth introducing one tension note on each dominant 7th in the progression, so you can also play the b9 along with the root, 3rd, 5th and b7th on these chords.

These three exercises alone could take many, many months to become comfortable with and should satisfy you for now, as rushing to create more exciting lines at an early stage would result in frustration and weaker sounding lines overall. Patience is a virtue on a progression like this and will yield the best results in the long run, so hang in there and develop that fretboard knowledge and ability to hear the progression at the pace your brain and ears want to work at and no faster.

You’ll find some example lines that I played in the video written out. I’ve left the four note phrases out of the equation so that you can either transcribe those on your own or just come up with lines yourself. Being spoon fed everything never helped anyone after all!

Good luck with this amazing progression guys and I’ll see you all in the next issue! 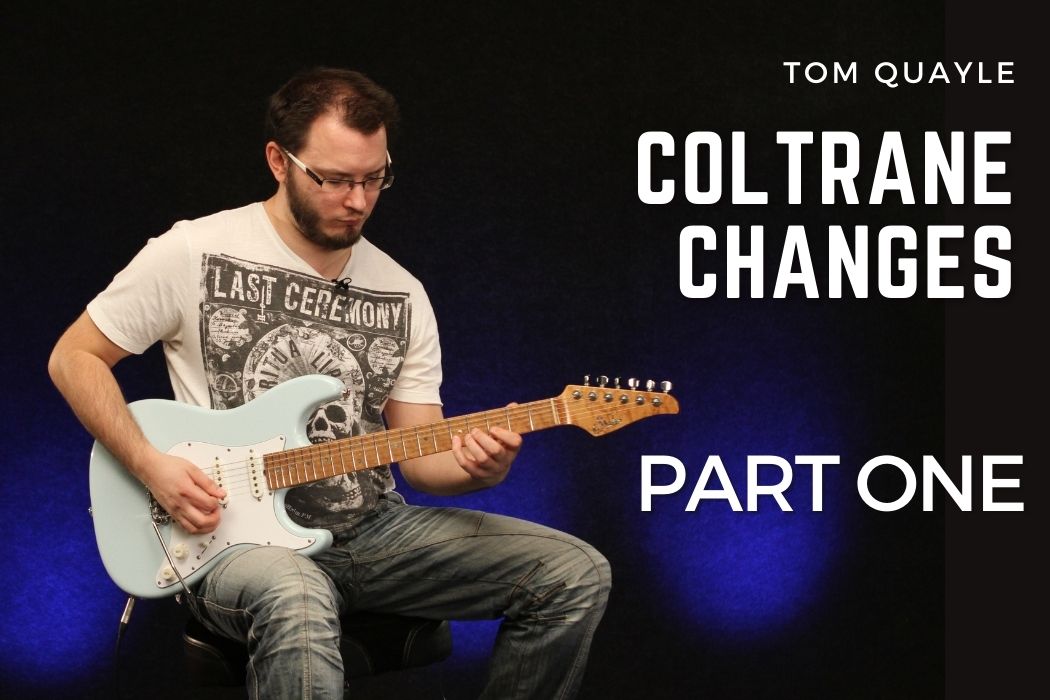 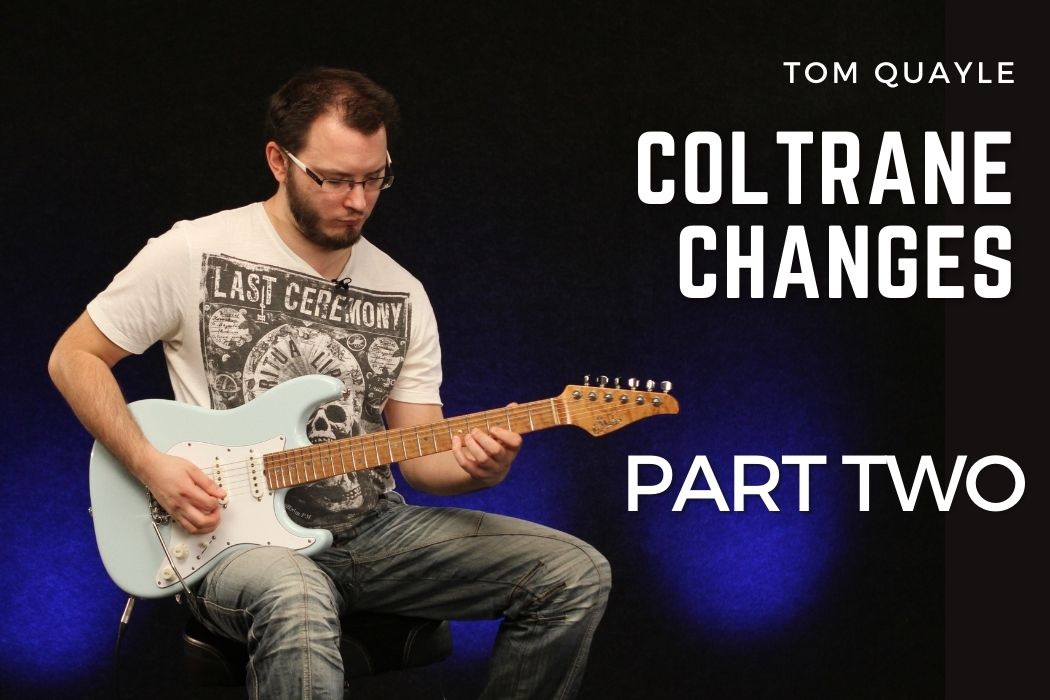