In previous guitar lessons we've been expanding your chord knowledge and vocabulary by looking at using modal formulae to develop 7th, 9th, 11th and 13th chords. We followed this by harmonising melody notes to expand our knowledge of guitar chords further. Now it's time to start putting this knowledge into practice using common chord progressions and we're starting out with the most important chord progression all guitarists should know - the II-V-I progression.

To begin this topic we need to look back a few issues to our basic diatonic chords in a maor scale. Let's use C Major for our example. You may remember that the diatonic 7th  chords in the key of C Major are as follows: -

It would follow then, that a II-V-I progression in the key of C major would use the II chord, Dm7, followed by the V chord, G7, followed by the I chord, Cmaj7. As you've learned in previous columns you can add extensions to each of these chords from their relevant modes giving you 9ths, 11ths or 13ths as you see fit. The progression could be played as: -

The extensions you choose is an artistic and compositional decision, but they will all work in this context, adding colour to the existing chord progression as you see fit.

So that covers our MAJOR II-V-I, but you'll already know that we can write in a minor key also - so how do we play a II-V-I in a minor key? Well, Jazz and fusion musicians think about this progression in a slightly different way that will be explained more fully at a later stage but for now I'll be teaching you the progression so that you can play a minor II-V-I and use it in a chord sequence in the next issue.

In the key of C minor our root notes remain exactly the same as for C major. The II chord has a D root note, the V a G root note and the I a C root note. The quality of the chords changes though, giving us the following progression: -

The Dm7b5 is a minor 7 chord with a flattened 5th, the G7alt stands for G7 altered. Altered dominant chords contain altered 5ths and 9ths, meaning that those intervals are either raised or lowered (sharpened/flattened) by a semitone. This gives us the following available chord voicings (in the video I use a G7#5 chord as an example): -

I've included voicings for all of these altered chords. Again, it is an artistic choice as to which one you use with some exhibiting more dissonance than others. All are correct though as V chords in our minor II-V-I progression.

As an assignment for this month try to play major and minor II-V-I progressions in as many keys as you can, figuring out what each chord would be and trying the progression out in at least two places on the neck. I'll see you in the next issue where we'll be combining II-V-I's to make longer Jazz progressions. Good luck and see you there! 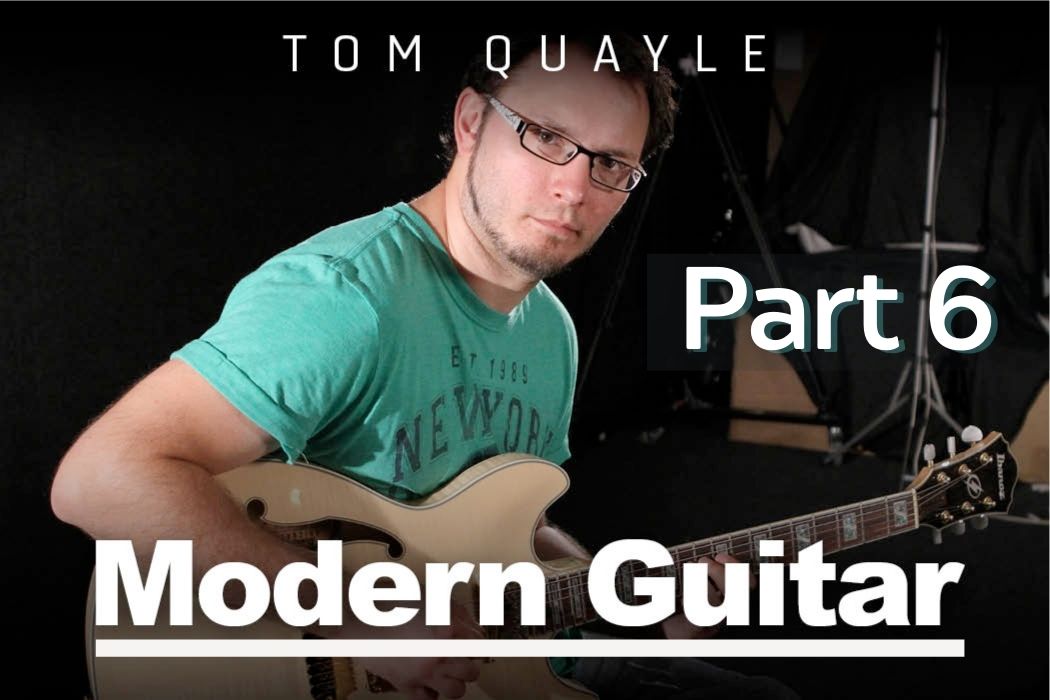 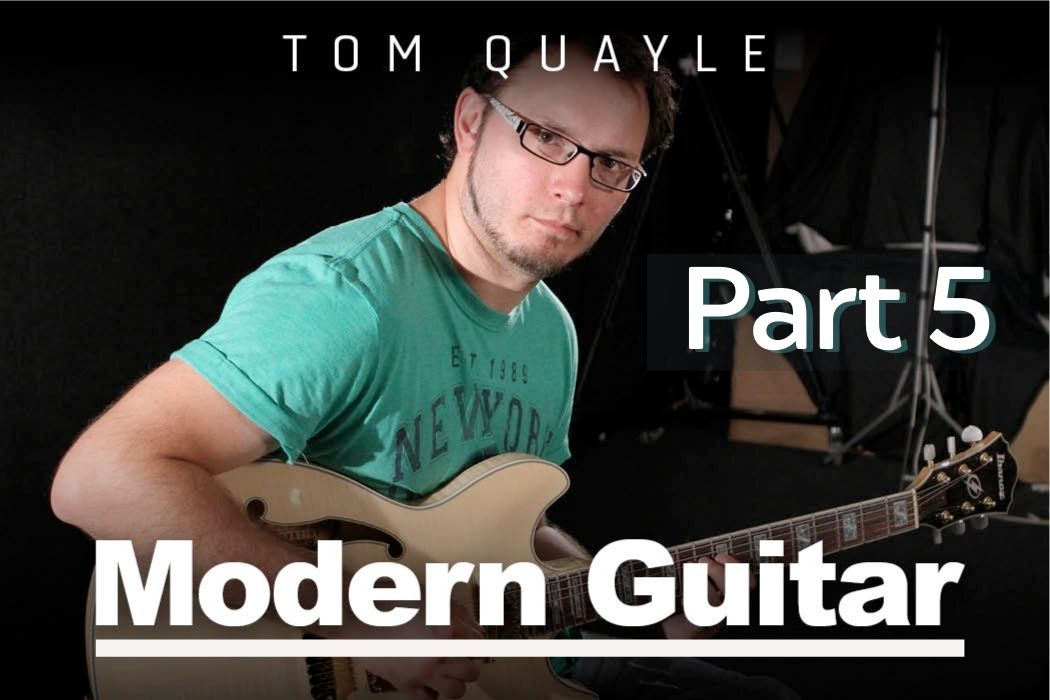 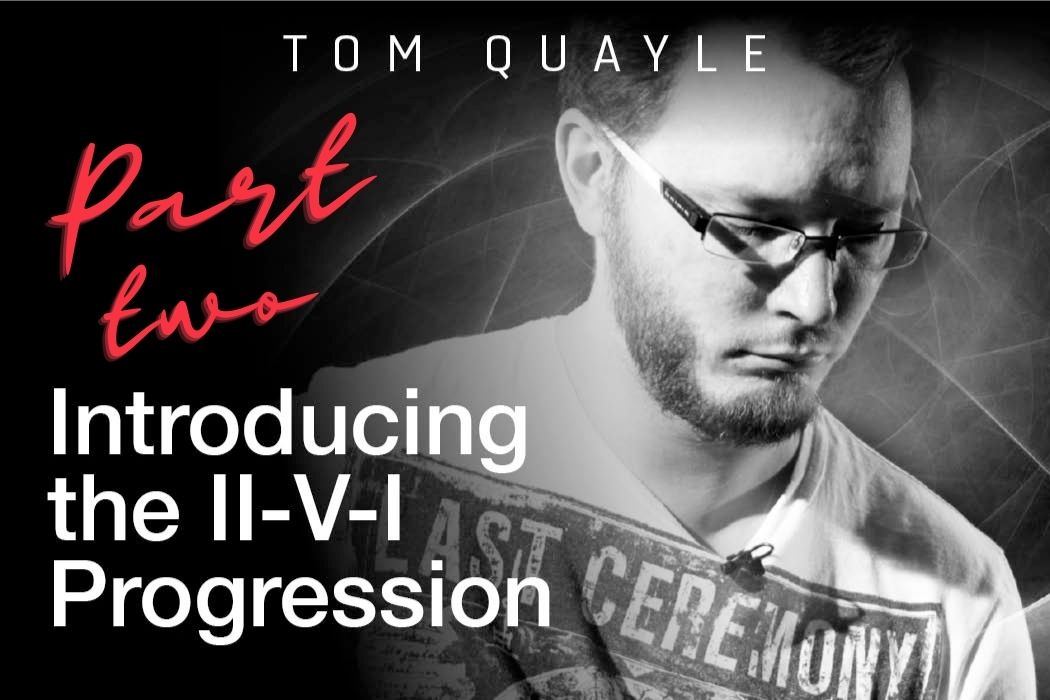 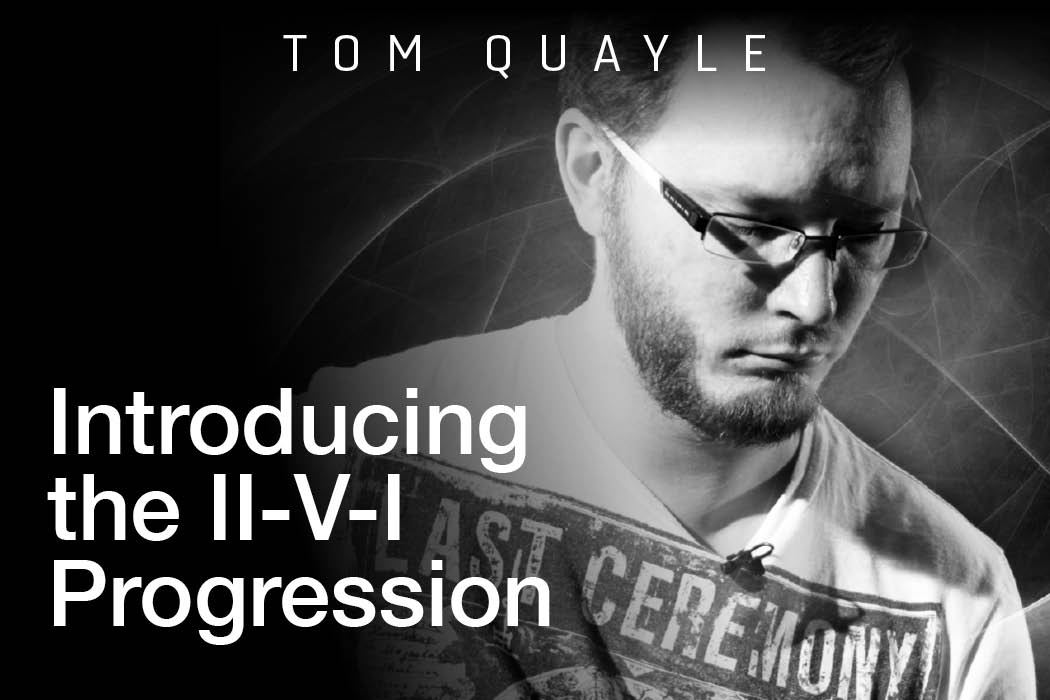 This Tom Quayle jazz/fusion guitar lesson covers everything you need to know about the all ...