Hi there guys and welcome back to my fusion guitar lesson for this issue. Hopefully you've all been working on your intervals and developing a good working knowledge of roots, 3rds, 5ths and 7ths for all of your basic 7th chord types. As usual, if you've not read last issue's guitar tutorial, I recommend that you go back and check that out before embarking on this lesson's material as it forms the basis of this, and the next few issues study.

For this issue we're going to be moving into more harmonically involved territory and laying the ground work for developing much greater fretboard knowledge. In the previous issue we dealt with primarily diatonic material, using a common Pop or Rock style chord progression. This time we'll be dealing with a more involved chord progression that is very commonly used in the Jazz world. Whilst this chord progression is certainly more complex than the one used in the previous issue, it serves to demonstrate that the principles you learnt last time will translate very nicely into more complex material as long as you understand your basic 7th chord construction and can find root notes plus 3rds, 5ths and 7th chord tones in relation to them.

The chord progression for this issue is a well known one that is from a very common standard that shall remain nameless for the sake of copyright, but the Jazz guys will recognise it immediately. It goes as follows, with one chord per bar.

Now, whilst this is a more involved chord progression than we dealt with last time, the same rules apply in locating the chord tones. Let's look at the intervallic structure of each chord to find which chord tones we need. One thing to bear mind here is that we will be treating the 7alt chords as standard dominant 7th chords for this issue so we won't need to worry about what the alt part means just yet. We'll deal with that later.

To develop our ability to 'see' these intervals and root notes on the fretboard we're going to develop our skills in a sequential manner attempting to end up with something we'll term 'Bach Jazz'. This refers to a constant stream of 8th or 16th notes that outline the harmony or chord progression going by with a series of chord tones relating to each chord. The reason this is named 'Bach Jazz' is because J.S. Bach would often compose material with very strict rhythmic qualities, such as constant 8th or 16th notes that would outline a series of chords by way of scalar and chord tone based lines. We'll be using this idea but composing lines based purely from chord tones.

To start with, just play the progression using root notes only, finding as many variations on the fretboard as you can, forcing yourself into fretboard positions that you are less familiar with in order to push yourself and learn more. Next, try to play two notes per chord - this could be a root note plus another chord tone or two chord tones of your choice. The idea is to construct a constant stream of half notes or minims that outline the harmony with two notes per chord. When you are good at this exercise in as many areas of the fretboard as you can find, try to play three notes per chord and then four notes per chord, working your way up to eight notes per chord if you can, always looking for the root note first, followed by visualising the other chords tones around it. Once you can do this you'll be able to play lines that outline each chord exactly, very precisely 'performing' the harmony as you go. Obviously, this isn't an ideal way to construct a good solo but the idea is to use this exercise to develop your fretboard awareness and knowledge so that you can play over any 7th chord based progression with just a knowledge of root notes and the relevant chord tones.

As a quick introduction to next issue's session, I also play some scalic harmony over the chord progression. Next time we'll be dealing with this in a much more in depth manner with II-V-I progressions but for the time being work on your knowledge of chord tones using any 7th chord progressions you can lay your hands on. A great place to start would be any Jazz 'Realbook' or one of the numerous websites with Jazz chord charts on. You'll find plenty of examples of lines for the progression in this issue both in the video and accompanying tablature.

Good luck and see you in the next issue. 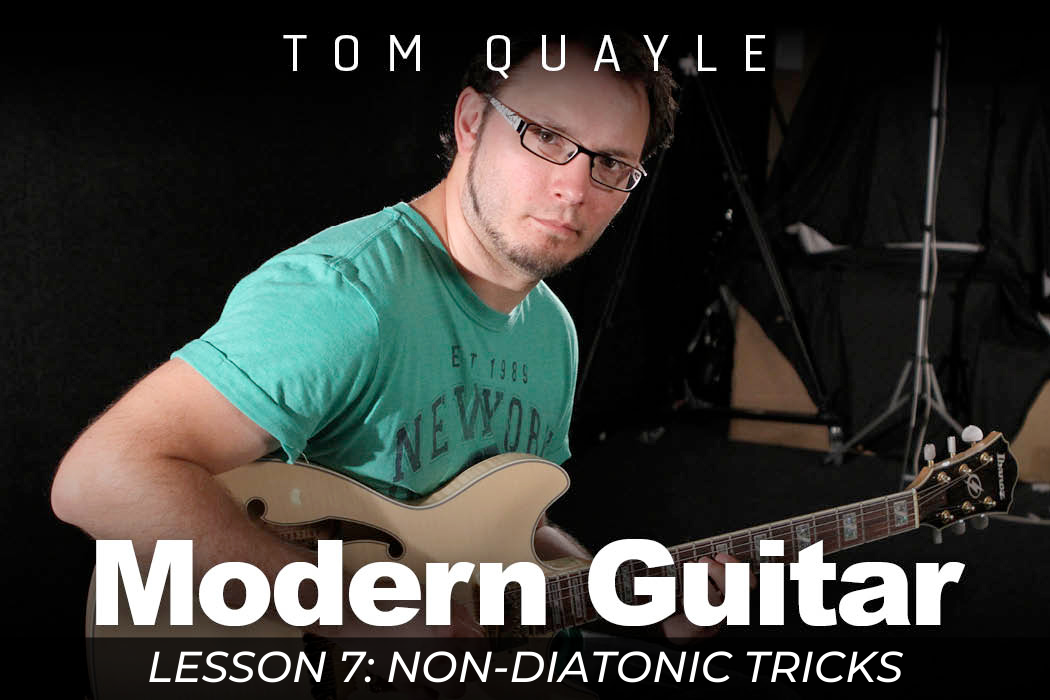 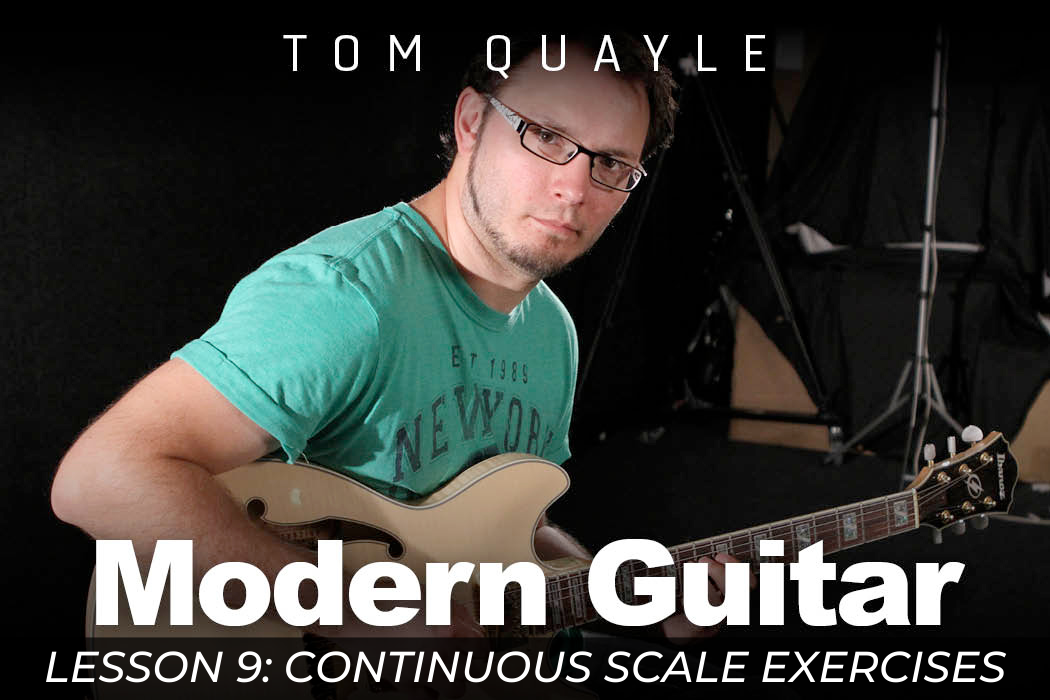