Hi there guys, and welcome to my column for this issue. Today we’re going to be continuing our studies into the creation of tension using rhythmic devices. In the last issue, we looked at a straightforward method to create tension using different sub-divisions. For this issue, we’ll be stepping things up a little and introducing some harmony into the equation too with some modal chord changes.

A common device utilised by jazz musicians is to anticipate upcoming chords in their lines to create a sense of tension and release, playing lines that clash harmonically with the current chord but then resolve beautifully into the next. This technique works well as long as the two chords in question don’t share too many notes in common. The more notes shared, the less effective the setting up of tension and resolution is as the line moves from one chord to the next. You also need to have a lot of purpose and belief in the lines your playing, executing them with intent, as you will be playing theoretically ‘wrong’ notes over the first chord before they resolve into the second. You need to embrace this feeling of dissonance and tension and enjoy the resolution it creates. Otherwise, your lines will reflect any hesitation or uncertainty you felt internally.

For our purposes today, we’ll be dealing with three chords, all based around a different major scale mode and none of which can be said to be from the same key – in other words, we are thinking modally here.

The first chord is a Cm11 – derived from C Dorian. The second will be Bmaj7#11 – derived from B Lydian, and the third is Bb13sus4 and Bb9sus4, essentially the same chord with different extensions derived from the Bb Mixolydian scale. These chords are all written out in the accompanying TAB for this issue.

In the video, you’ll hear me play the chords and then solo over them using the scales with no anticipation. This sounds fine, but after a while, the music could benefit from some more interest, and in western music, this interest tends to come from tension and release. Let’s try to anticipate one of the chords in our soloing. But which one?

If we look at the Cm11 and Bb13sus4, their scales share all but one note in common. C Dorian contains the notes – C D Eb F G A and Bb – while Bb Mixolydian contains the notes – Bb C D Eb F G and Ab. Only the Ab is different, so there will be very little in the way of a clash if we try to anticipate the Cm11 chord while playing over the Bb13sus4 chord. It will just sound like we are outlining the Bb13sus4 chord and the A natural will sound like a wrong note. Analysing the B Lydian scale, we get the following notes – B C# D# E# F# G# A#. If we respell the D# as Eb, E# as F, A# as Bb we find that B Lydian and C Dorian only share three notes in common, so this would be a fantastic place to utilise anticipation in our lines.

The ideal place to anticipate is to play over the Bmaj7#11 before the chord change occurs, in other words just before the Cm11 transitions to Bmaj7#11. This will create a good amount of tension as four of the notes from your 7 note B Lydian scale will clash nicely with the Cm11 chord, creating tension that resolves beautifully once the Bmaj7#11 chord occurs. This makes even more sense When you listen to how long I play each chord for, with the Cm11 being played for double the length of the other two chords. Since the Cm11 chord lasts for longer, it makes sense to add interest here by adding in some tension that didn’t exist naturally in the chord progression.

It will take some practice to feel comfortable with not playing the ‘right’ notes over a given chord, but the payoff when your line resolves is more than worth the effort. It’s a great feeling when you have the control to create tension at will and resolve it successfully.

Try this technique on all sorts of tunes including two or three chord vamps, longer forms or jazz standards. See if you can identify when your favourite soloists are using this technique. Once you are familiar with its sound, you will hear it all over the place.

Good luck guys – I hope you’ve found this useful – I’ll see you all in the next issue for some more tension and release goodies! 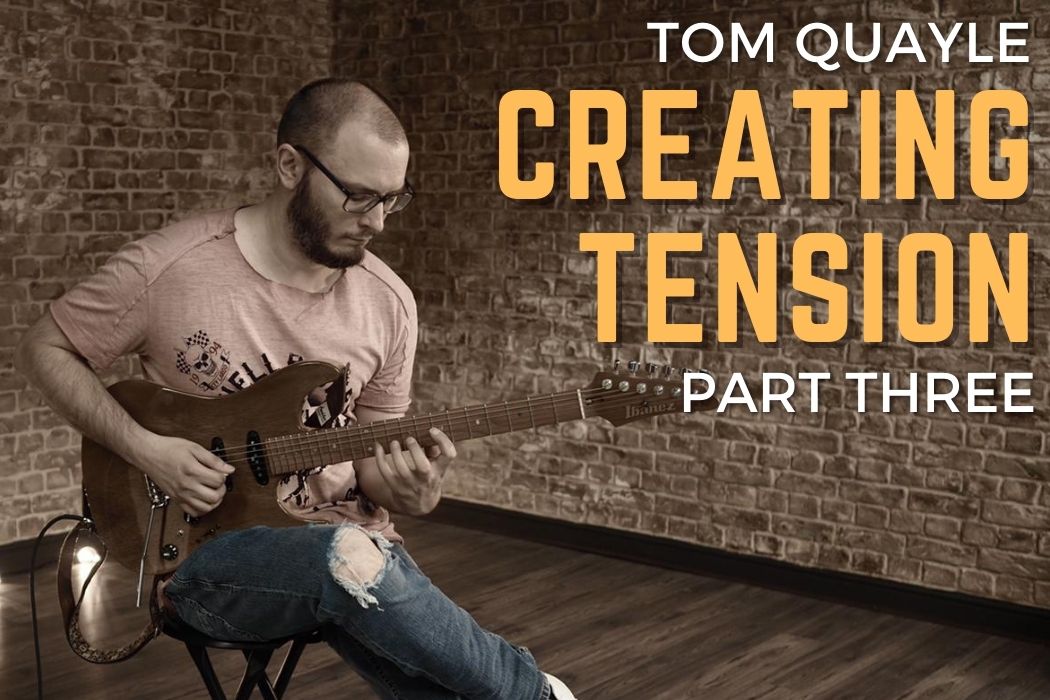 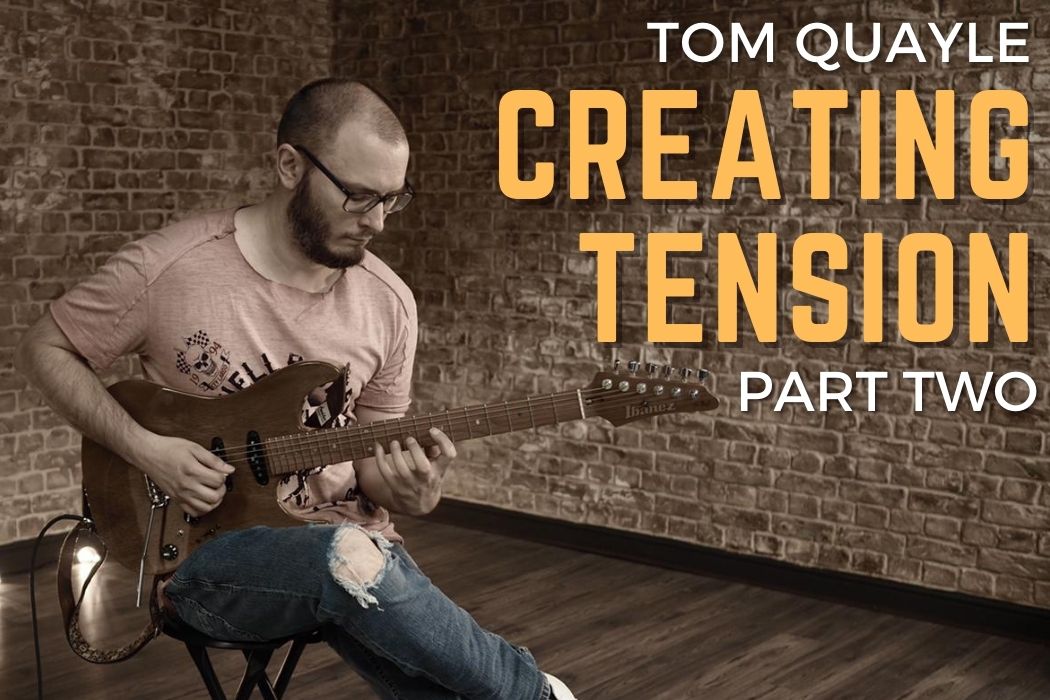 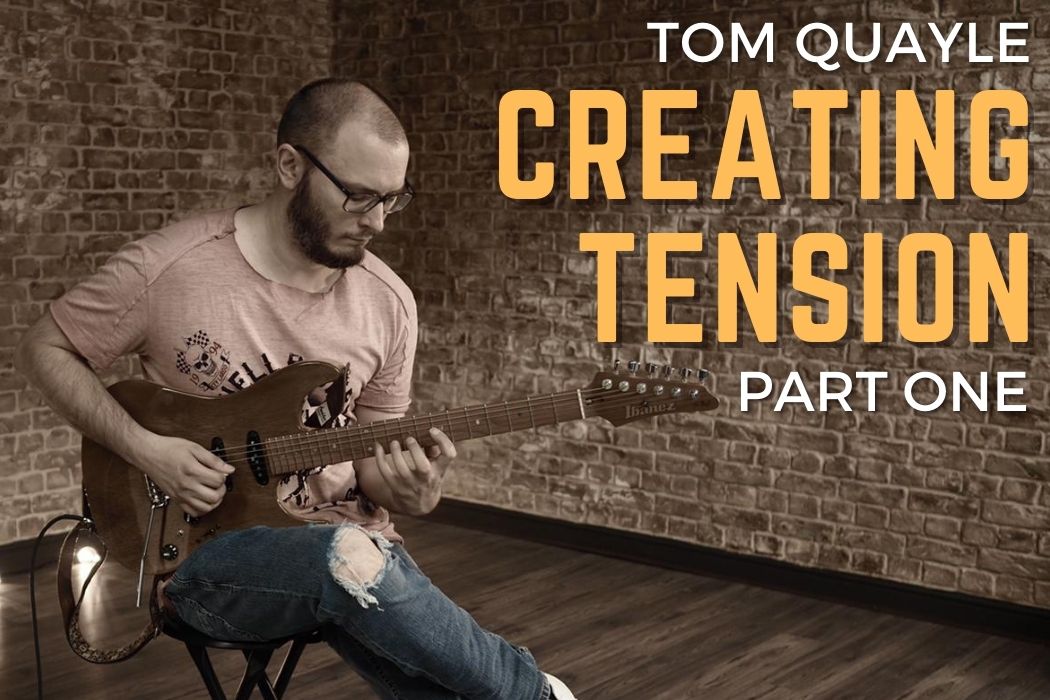