Hi guys and welcome to the second instalment of my sweep picking technique lesson series. In this guitar lesson, we are going to start where part 1 left off, so if you haven't already worked on the material presented to you in part 1, head on back to our first sweep picking guitar lesson, check out my column and get practising!

In this lesson we will be taking a very well known chord progression and we will be using it as a framework to create a really nice arpeggio sequence which ascends and descends through diatonic shapes. The progression we will be using is Pachelbel's 'Canon in D', which sounds great when played with sweep picking technique. If you're not familiar with the name, I'm sure you will know it the moment that you hear it. In recent times, it has become a popular tune amongst Metal guitarists since a performance of a Rock arrangement went viral on YouTube sometime around 2006.

We will be playing this sequence by using the approach used in part 1, which ascends through one arpeggio shape and then descends through another. This helps to achieve a sort of cascading effect and gives the arpeggios much more interest rather than ascending and descending on the same shape. Here is the chord progression that we'll be using for the sweep picking sequence:

As with the previous lesson, we'll only be using two of the three available arpeggio positions. Here they are listed with chord progression itself:

It will be necessary that you practice the sequence extremely slowly to start with. It is of paramount importance that you really work hard on connecting the arpeggios up. The position shifts required between the arpeggios will need strict practice to ensure complete control. I like to change things up a little bit by playing the same sequence but using the key of E minor instead. This gives us the following chord progression:

It's a good idea to practice these arpeggios in groups of two to start with. This will help you digest the movement required rather than trying to tackle the whole thing in one go from the outset. Again, the position shifts will need particular practice to maintain the accuracy that we need.

If you are practising using a metronome, be sure to set it at a speed which enables you to play the shapes with complete control. This should be a very slow setting. Only begin to push the tempo once you feel sure that you are ready to move up a gear. If you try it and it and you lose control, take the tempo back again and keep working on it.

That concludes my column for this issue. We'll be delving further into the world of sweep picking in part three, which is coming next issue, so stay tuned and practice hard! 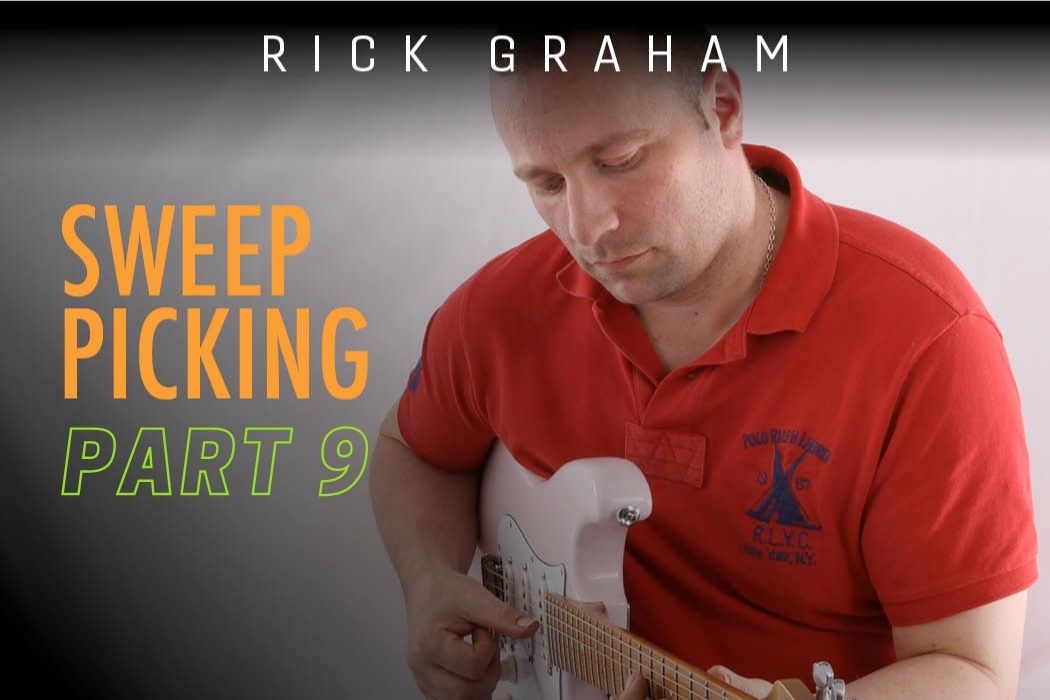 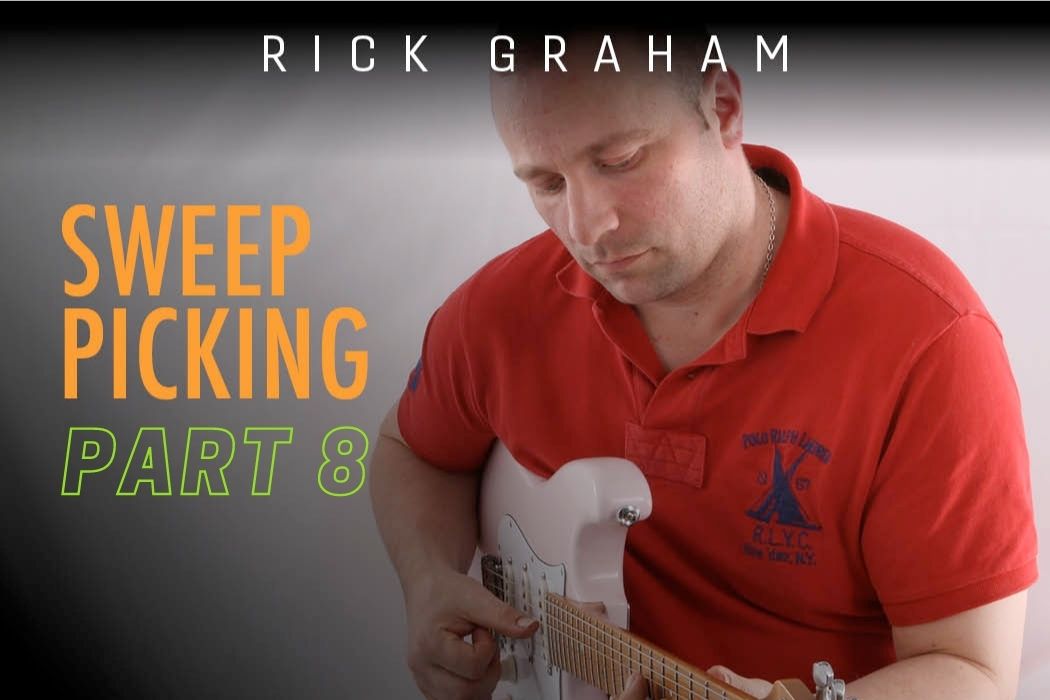 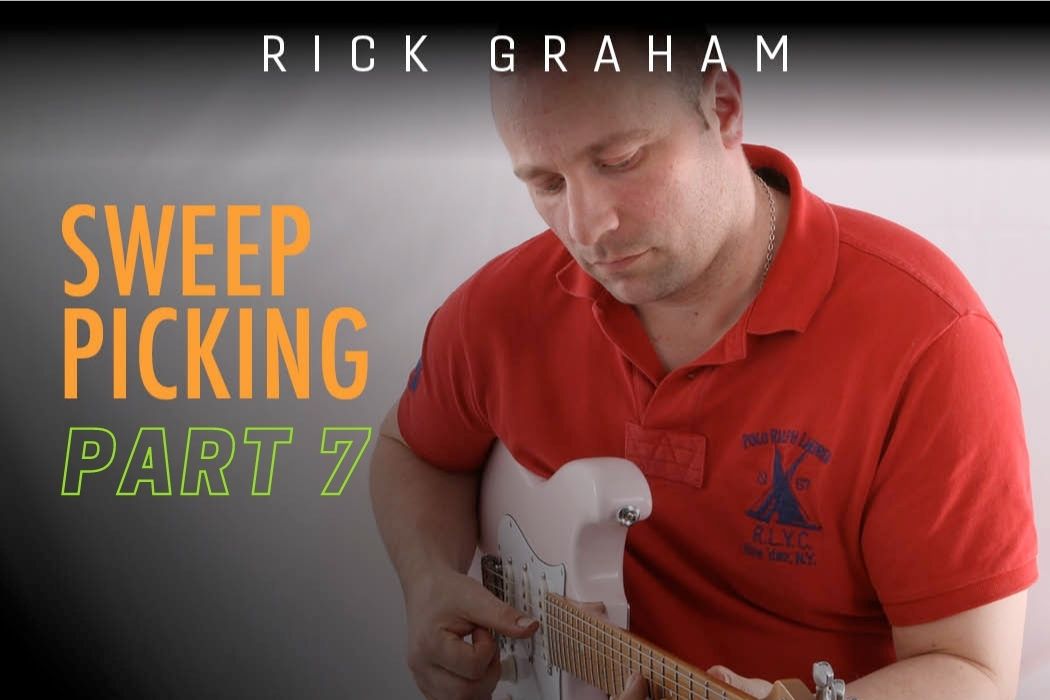 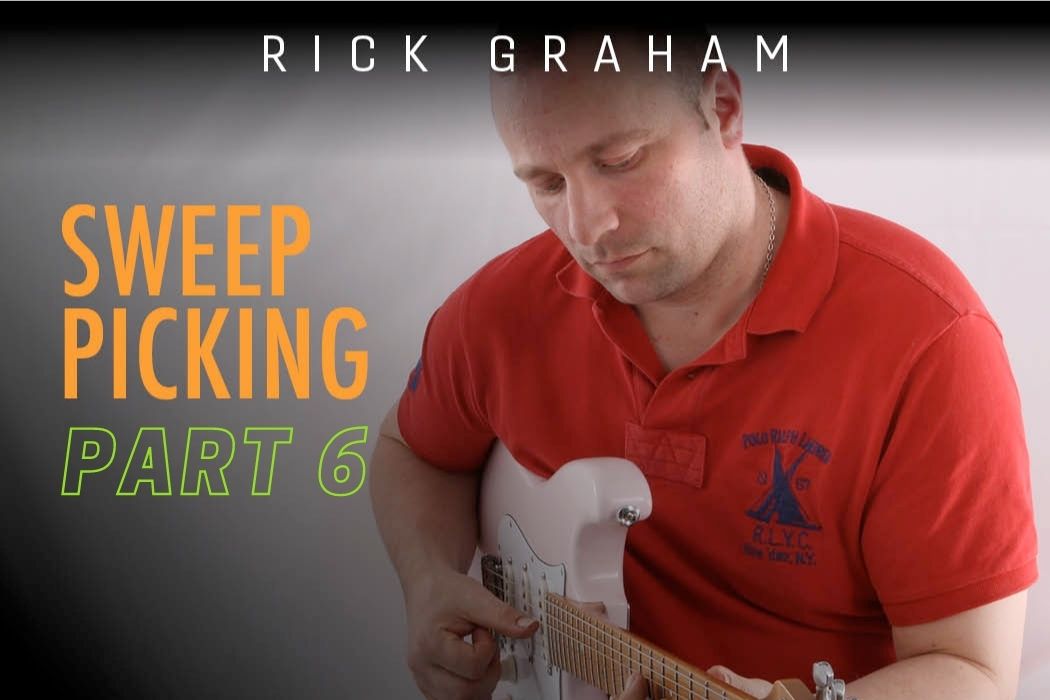 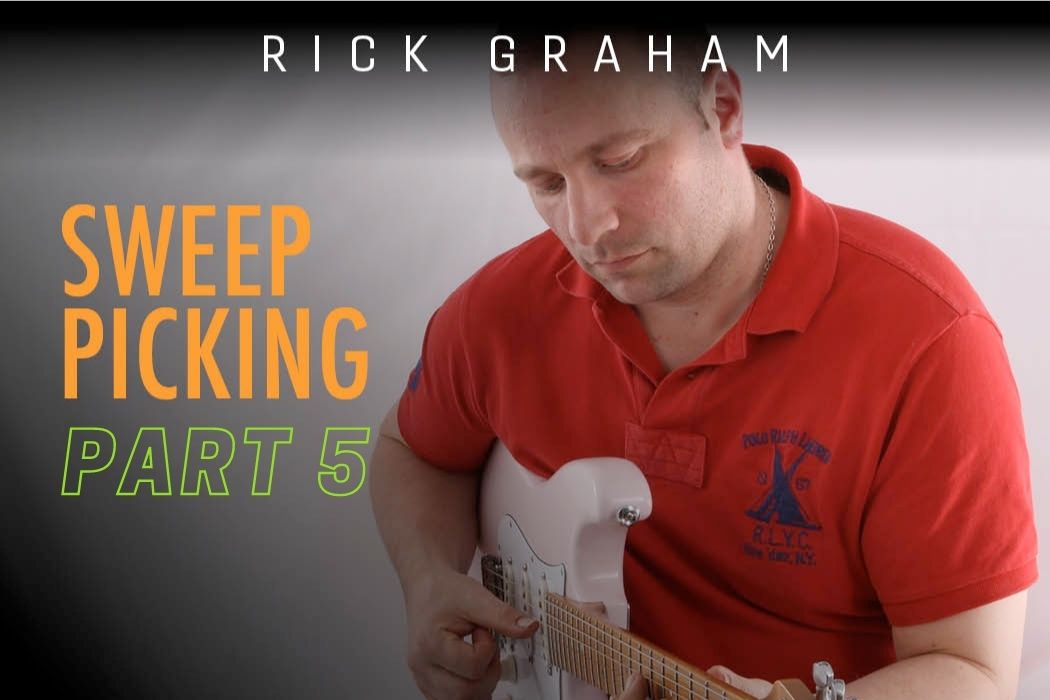 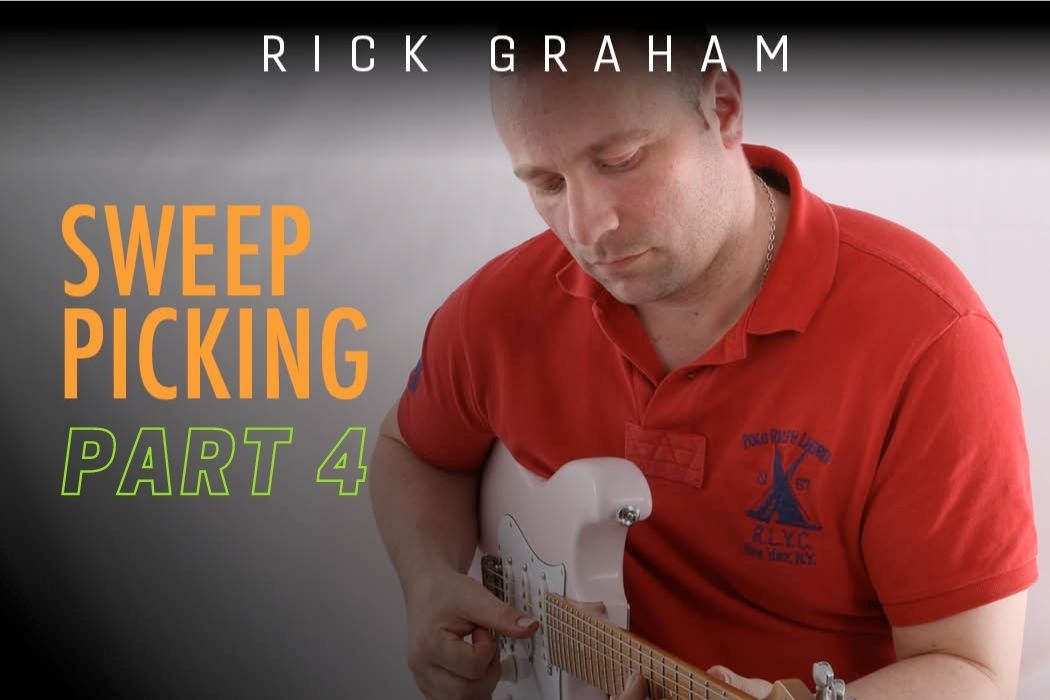 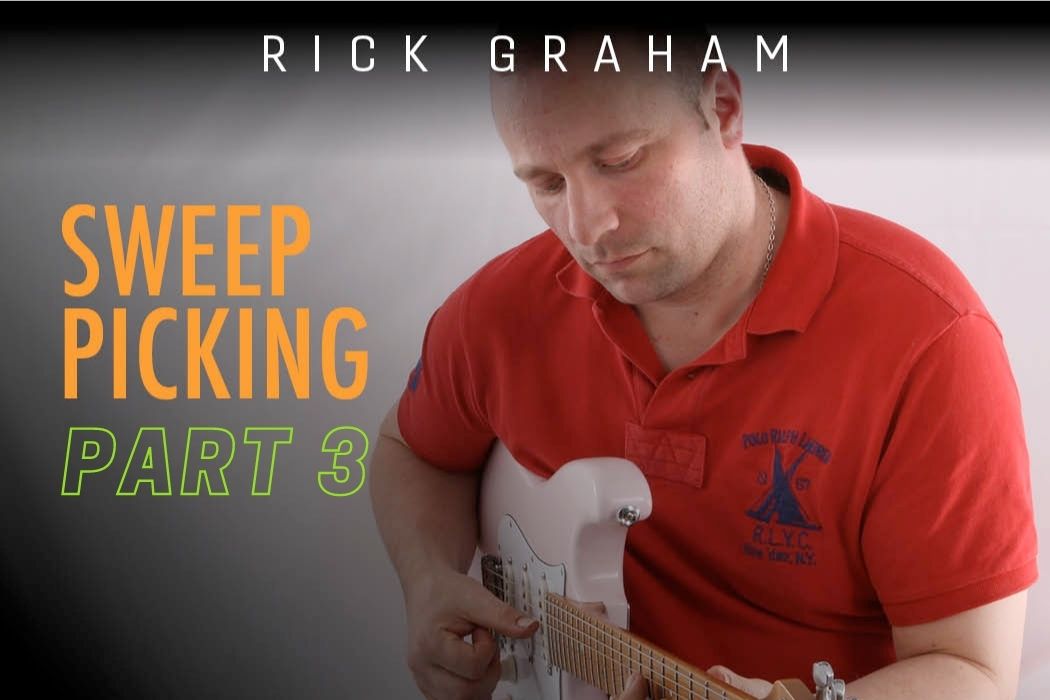 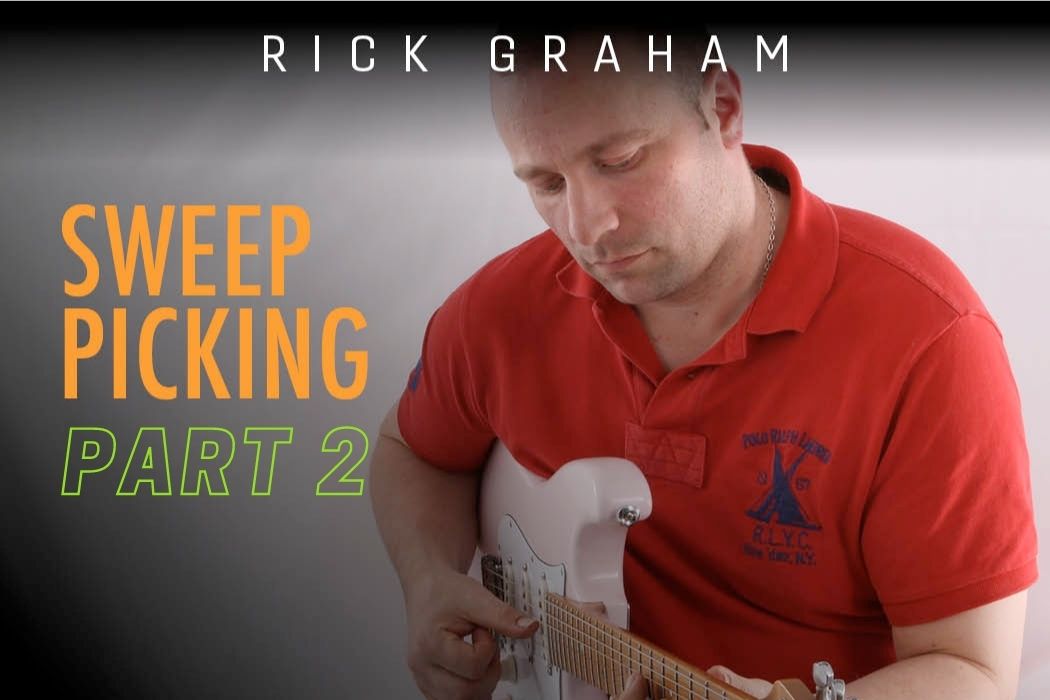 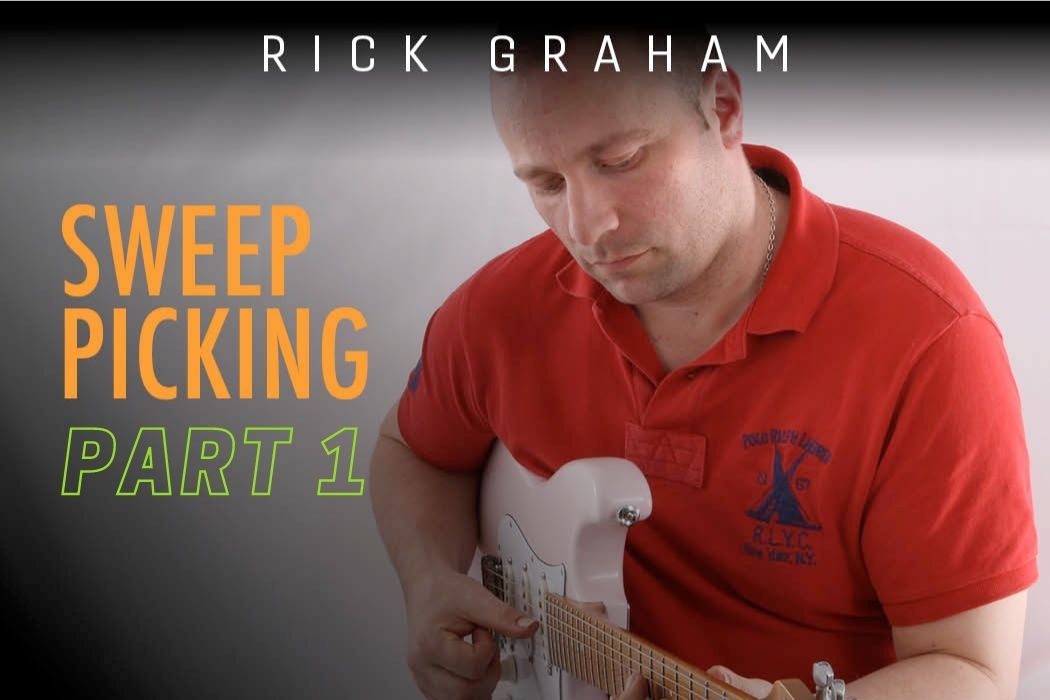