Hi there everyone and welcome back to my guitar lesson column! This lesson we are going to be moving on from our extended study of sweep picking technique. I'm sure the material I presented to you should keep you occupied for quite some time! If you haven't checked out the previous sweep picking guitar tutorials yet, please do so as we will be applying some of the elements of sweep picking guitar technique, particularly the approaches that I covered in past issues, to the subject of this guitar lesson.

The pentatonic scale is without doubt the most widely used scale amongst guitar players. It is a fantastic sounding scale and falls under the fingers really well. It is also one of the most versatile scales and can be used over a multitude of different chord types. The minor form of the pentatonic scale, if used well, can be one of the coolest sounding scales of all, in my humble opinion, of course.

One of the main reasons why I like it is that the Minor 3rd can be manipulated very easily by using string bends. Not only that, the pentatonic patterns can be stacked together to create some really unique sounding, intervallic lines.

The traditional method of playing pentatonics is to play two notes on every string. This is the way that the majority of guitarists play this scale and it sounds great played this way. However, I like to combine scale positions which allow me to play the pentatonic scale using 3 notes per string. The advantages to doing this are multifold.

From a technical perspective, playing the scale in this fashion can allow for a greater degree of fluidity when utilising both picking and legato techniques. Not only that, with a little bit of creativity, you can create some wonderfully fresh sounding lines and intervallic ideas that will take your playing into a new soundworld altogether. In addition, it can allow for a player to break out of the 'box position' rut that many players find themselves in with continued use of the minor pentatonic scale. I'm sure most of you players out there know exactly what I mean by this!

The first thing we are going to do is take the first two positions of the pentatonic scale and in this case, we'll take the first two positions of the E minor pentatonic scale starting at fret 12 of the low E string. We then simply 'paste' the positions together to form one scale which will give us 3 notes on every string. If you haven't done this before, you may find the stretches to be a little bit uncomfortable but, with time, it'll get much easier. I tend to use this pattern to warm up with.

In a more musical context though, I tend to try and avoid the doubling of notes that we get when crossing from string to string. Like in the example in the video, I'll play the scale as follows:

This allows me to play consecutive notes in the scale without doubling any of the notes. This pattern also works really well using both picking and legato techniques.

Another way that I tend to practice this is to drop notes from the scale. For instance, instead of playing the scale with the previous pattern i.e. 2, 3, 1, 3, 1, 3 I simply drop a note from each string that contains 3 notes. That will give us the following pattern:

I personally use these patterns all the time when improvising as I love the intervallic sound that this pattern gives. Although these can be picked, I tend to play them using legato for a more fluid sound but feel free to use whichever technique you prefer. Also, it's a great idea to take segments of the scale rather than the full pattern, such as the top 3 strings.

OK, that wraps it up for this issue. If you are new to this concept, be sure to take things nice and steady and take regular breaks between practice sessions.

Hope you've enjoyed it and I'll see you all next issue! 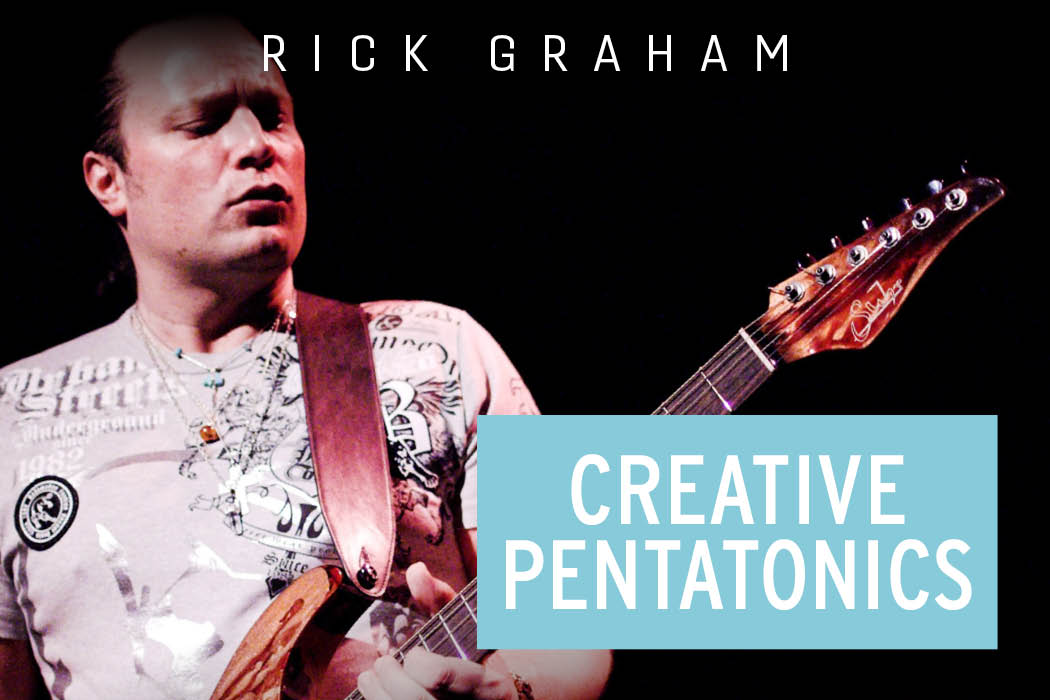