Welcome to my new short series of columns that looks into the key skills needed to become a good guitar sideman in a covers band. This column, while guitar orientated and complete with some playing examples, it is centred a lot more around advice I have from my own years of experience playing in covers bands at different levels. I hope some of this advice hits the spot and inspires you to delve deeper into the subjects that I cover here. Knowledge is power and the more you know whilst applying the better you get, and being in a covers band is a great way of applying that knowledge in a practical playing setting!

Be sure to watch the accompanying video as I will be talking about concepts, approaches and ideas that I hope you can take further into your own playing. This column is aimed at those who may have been playing at home and not playing out much, maybe those who have been offered their first covers band gig and have a long set list to learn and it might also be a nice refresher for some more experienced musicians out there!

Here in part 1 I am going to take a look at learning, memorising, transposing (changing key) songs on guitar. I will be skimming the top of the water on a few concepts here and I fully and wholeheartedly recommend the reader to check out further information on the subjects covered here. Lick Library has a whole archive of great information on some of the ideas I'm going to discuss. The purpose of this instalment is to hopefully set a few people in the right direction with a few guitar centric subjects, so let’s dive in!

Before we dive into learning songs etc., we need to be able to play chords around the neck, not just in one place. It will become more apparent as this series goes on how important this mysterious CAGED word is! CAGED is a system of visualising chords across the whole neck using basic open chord fingerings which have been slightly altered in order to use them up the neck. The word CAGED is derived from the open chord patterns used, for example Open C, Open A, Open G, Open E and Open D. It spells it right out! This is a system every guitar player should be familiar with and hopefully by the end of this column you will see how much fruit it bears with only the use of a small amount of the system.

If we take an open E major chord and move it up a fret and play all the strings you may get a very Spanish/Flamenco sounding chord which is cool! But let’s bypass that for a moment and play that E chord with fingers 2, 3, and 4 on the fretting hand, this leaves our index finger free to bar across the 1st fret. This pattern probably looks familiar to a lot of readers! You can move this pattern up and down the neck, move it up to the 2nd fret and now you have an F# major chord - simples! Your index finger now works like a capo would, except its totally free and moveable, ace! If you know the notes on the low E string you can figure out exactly which chord you are playing. If you take away your middle finger so the E chord shape now resembles an Em chord shape, hey presto you have an ‘Em Shaped’ chord. You can apply this exact same concept to the A chord with the root notes on the A string and the C chord with the root notes on the A string also. Lovely stuff. We are going to ignore the C shape this issue however, nothing wrong with it, it is in fact very useful, but like I say this is a bluffer's guide, my aim is to make things simple and clear a few pathways for you!

In summary for this section: Get familiar with your E and A shaped chords moving around the neck with the relevant root notes. This is going to help with the next section of this lesson…

All the chords in Pop and Rock:

Okay…maybe not all songs, but most songs that you will end up playing in a covers band unless you are going into Jazz or Prog territory will be based around a group of six chords. Those familiar with major scale harmony will be familiar with the term ‘diatonic’ chords (chords in the same key) we are going to approach exactly that without worrying too much about the theory. In the video I demonstrate in the key of C all available chords in that key: C, Dm, Em, F, G and Am. I show the first three chords as E shaped chords of the low E string then the pattern moves up below the first chord on the A string and continues up the last three chords. We can number these chords from 1-6. If you learn songs within this pattern you can get an easy visual reference to what you’re learning, also this pattern is quite simple to move up and down the neck if someone wants to change the key of the song. Hence why this neat little visualisation trick is very helpful! This is skimming the surface however and you will want to eventually find other ways of playing the chords. More about that in next issue's column.

In Summary: get familiar with the chord sequence demonstrated in the video, learn to move it around and find chord sequences that sound familiar to you!

So perhaps someone has turned around and said, 'could you learn these 30 Pop/Rock tunes for next Sunday?’ The best way to approach this is by making a list or a playlist of the songs. Listen to the songs a lot and whilst listening take note of the structures of the songs, where things repeat, what the band is doing, what the guitarist is doing etc. But the game is to get really familiar with the sound of the song in your head and know the structure of the tune inside out. Actively listen to the playlist a good few times before picking up the guitar, when you pick up the guitar to learn the songs you will have a good idea of how to approach each tune. With this in mind the next step is to get a rough sketch of the tunes down, rather than focusing on each tune for ages, go across the whole board, and try them all out roughly using some of the guitar neck visualisation techniques. Feel free to make cheat sheets if you want, but I do believe committing to memory as soon as you can is always a good way of making sure you really learn it! Once you have that down, you can add any details to any particular songs with specific riffs, lead melodies, or guitar solos (more about this in a future column!)

I hope this first instalment has given you some food for thought. The main point that I want to get across in this lesson is that knowing the guitar neck is key. It's key to playing in all styles and being able to memorise lots of song information later on. By starting with these simplified steps it might make the task less daunting, it should be fun and hopefully when you start playing the set that you have to learn things just get easier from there. Once you have a certain number of songs under your belt you will find other songs become a little easier to learn, your ear gets tuned into similarities between certain songs in a certain genre and it snowballs from there. Have fun! 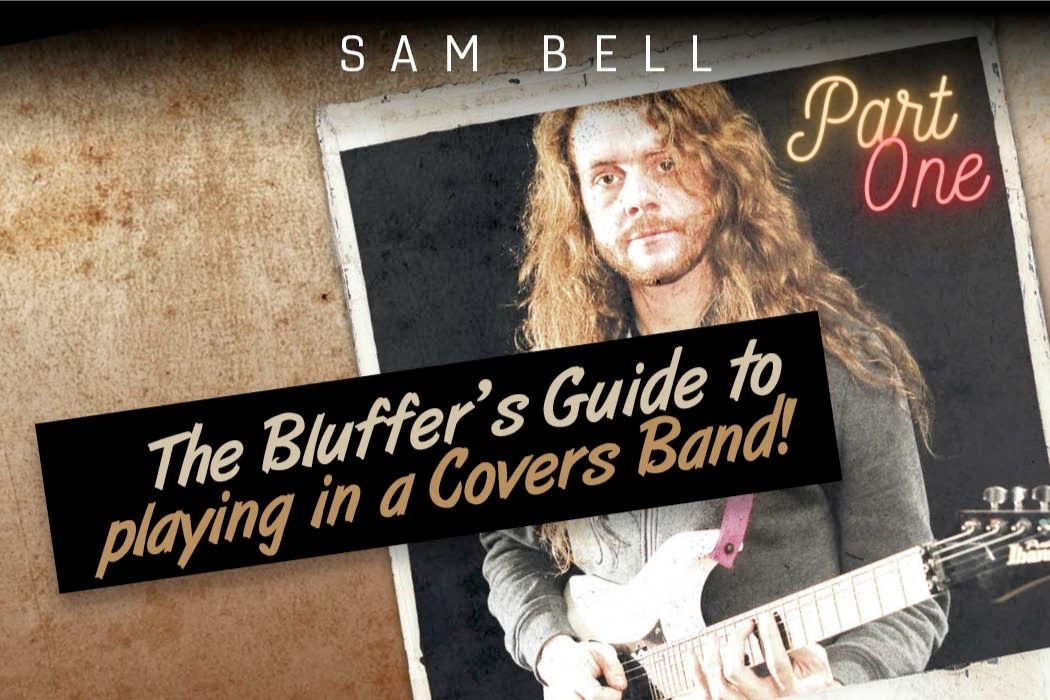 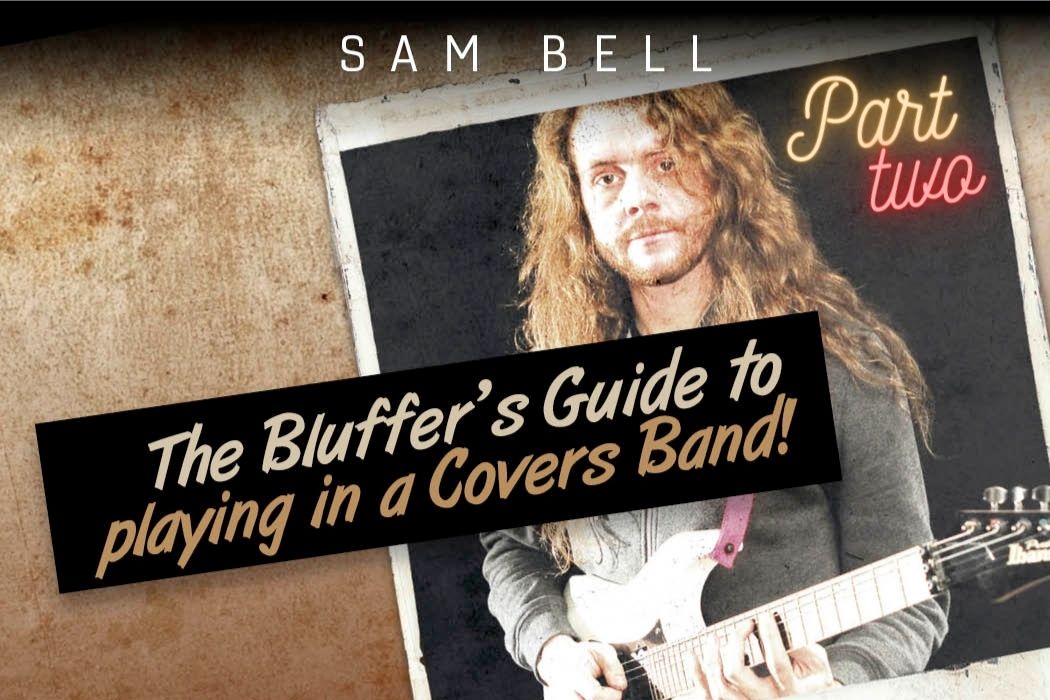 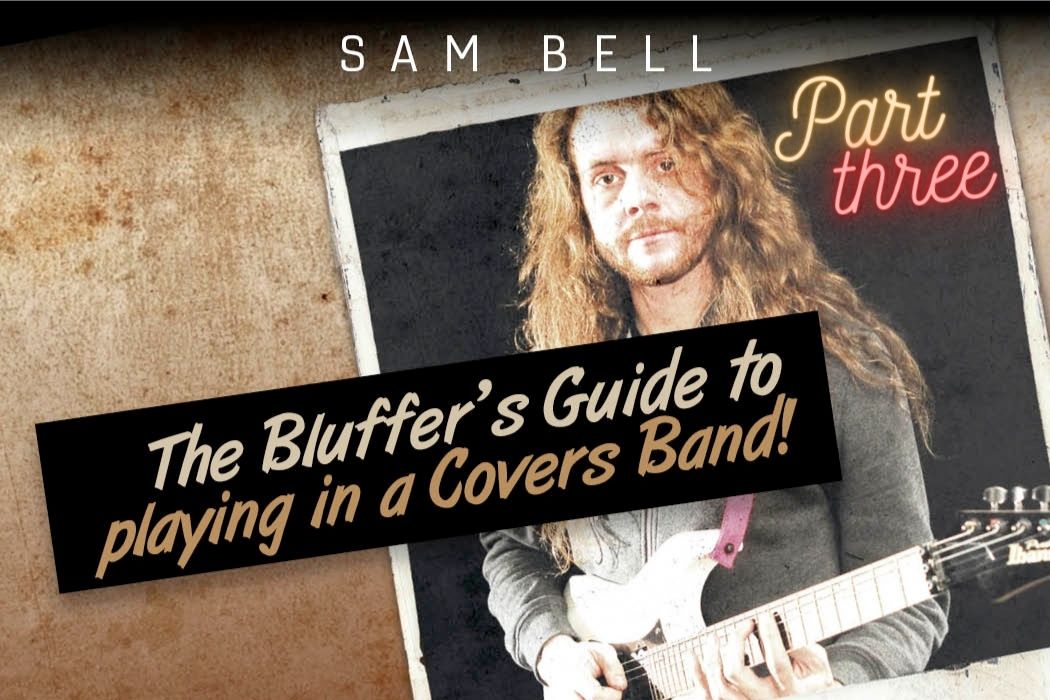