Hi everyone. As we are so close to Christmas and the New Year, I thought you would enjoy 10 lick ideas to practice over the holidays. Hopefully there will be one or two in there that catch your ear and prove useful to you. They are all in the key of G minor, but it doesn't take much to transpose them to other keys. They also might prove useful to adapt and put your own spin on, which is a good habit to get in to when copying anyone's licks. Each lick has an approach or concept that gives it its character and sound, and some are easier than others depending on what stage you are at with your playing. A general overview of each lick would be as follows.

Lick 1.This lick is all about Legato. Pick the first note then your fretting hand does the rest. It's a short but effective phrase that is great to use as a transition from high to low. You could see it as G Dorian but there are also some passing tones in there to add colour to the sound.

Lick 2. These are groupings of six notes at the top of each pentatonic shape. There is a passing tone in each position to give it some colour and to give the illusion it is more than just pentatonics.

Lick 3. This one is derived from the Blues scale and starts on the b5. It's a cool sounding run that has a lot of aspects to get right. Definitely worth working on and I guess is typical of how I phrase.

Lick 4. This needs some accuracy with your tapping and string bending and will either sound really great if you nail it mid-solo, or really horrible if you don't!

Lick 5. This one can be phrased and timed how you like and sounds good slow or fast. It just deals with the bottom end of each of the pentatonic positions. Great for giving movement and purpose within your solo.

Lick 6. This idea really is a lick and less of a phrase approach. The shift in positions makes it fairly tricky and is the same picking idea moved to different points around the Dorian mode.

Lick 7. We have high speed hammer-ons and pull-off in this one.

Lick 9. This involves sweep picking at the front of the lick, then some backwards picking at back of the lick. Not an easy one to execute.

Lick 10. Another one that illustrates how I might phrase and involves, hammering on from an open string, Hybrid picking, swinging the phrase and some micro bends. It's a nice sounding note order that creates a cool run. Definitely worth working on!

So there you go. Ten hopefully usable licks that you haven't heard 10 times before. All with their own separate challenges, and each with its own approach. 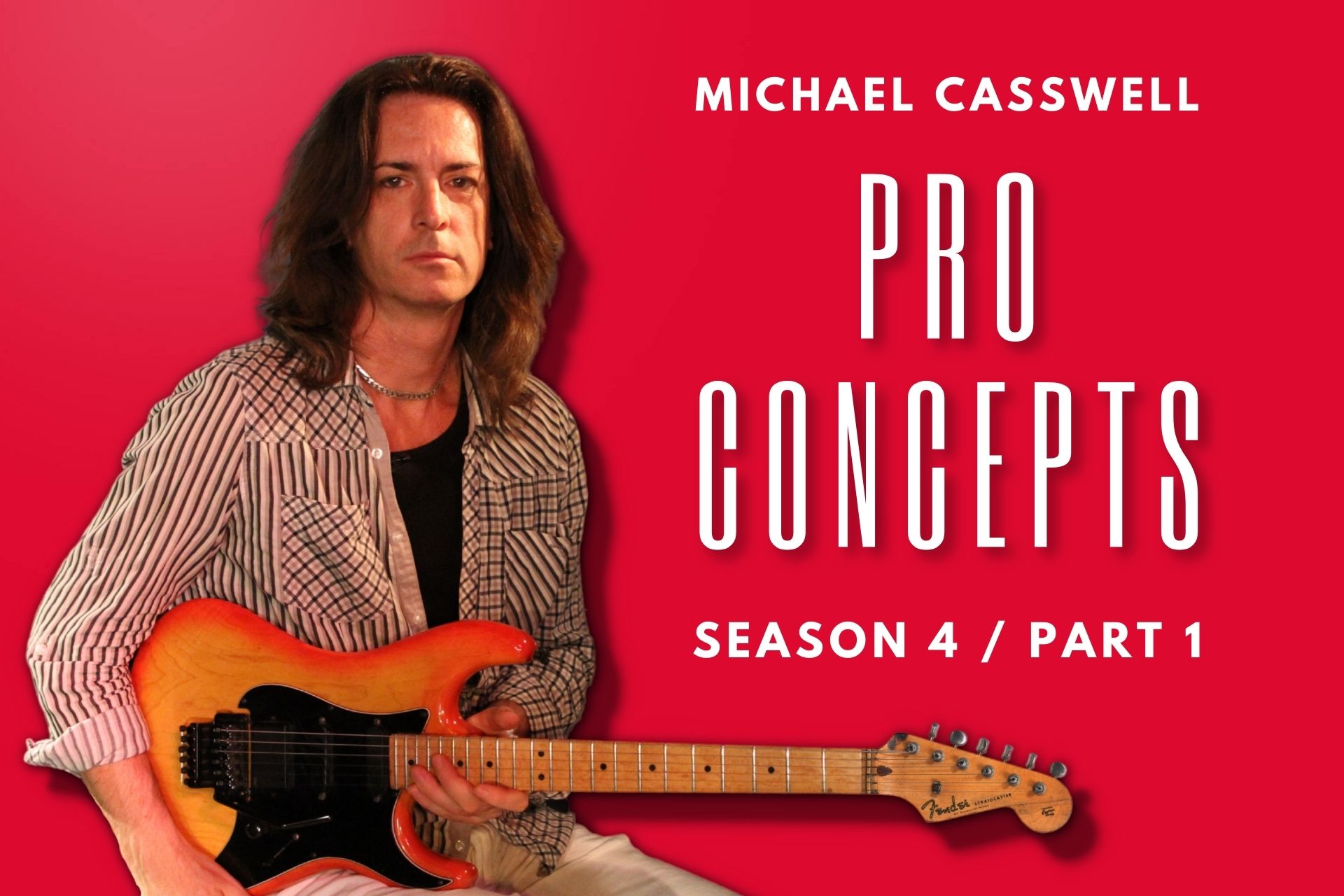 What do you do when the key changes in the middle of your guitar solo? ... 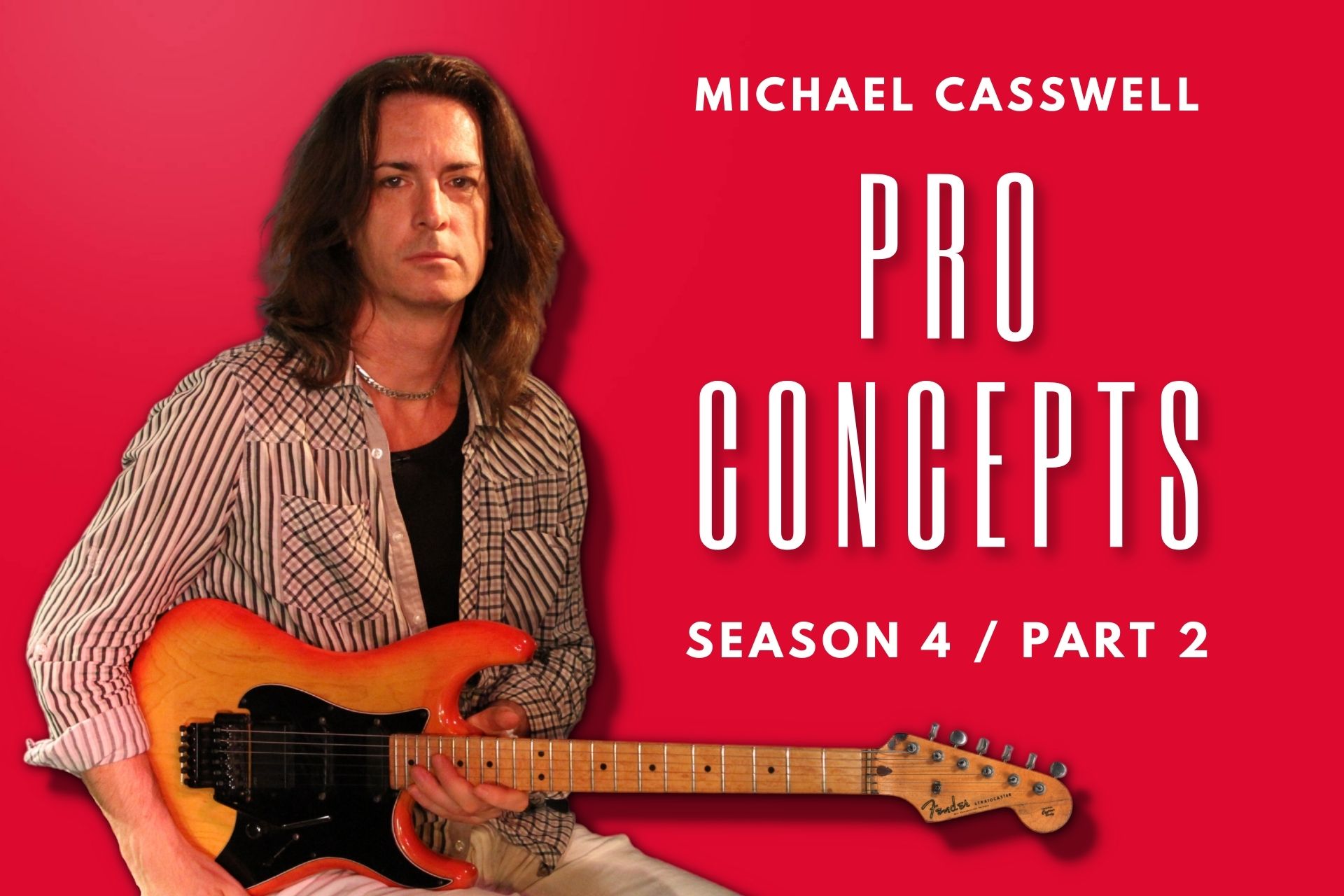 Learn how to build guitar solos like a pro in this Michael Casswell guitar improvisation ... 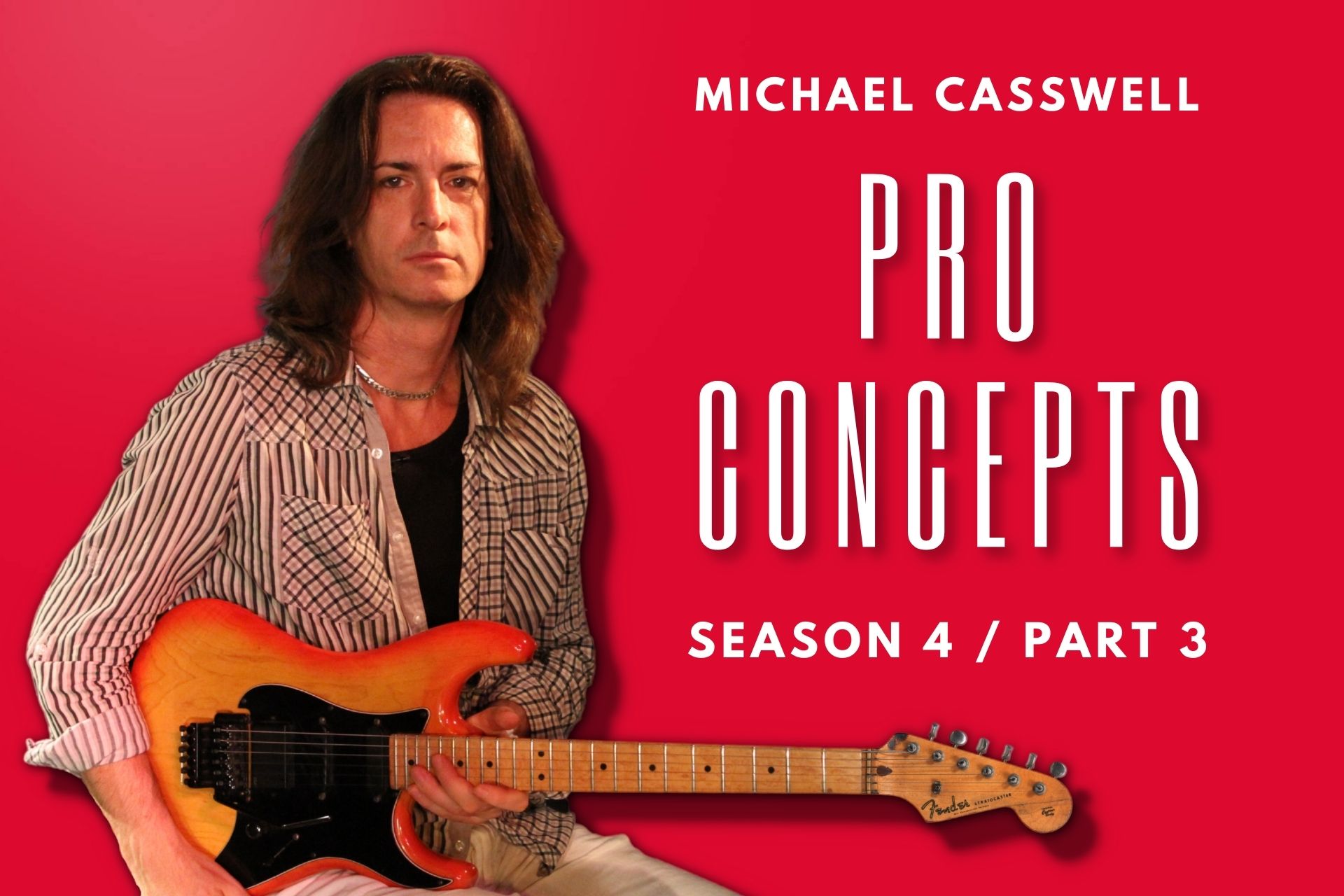 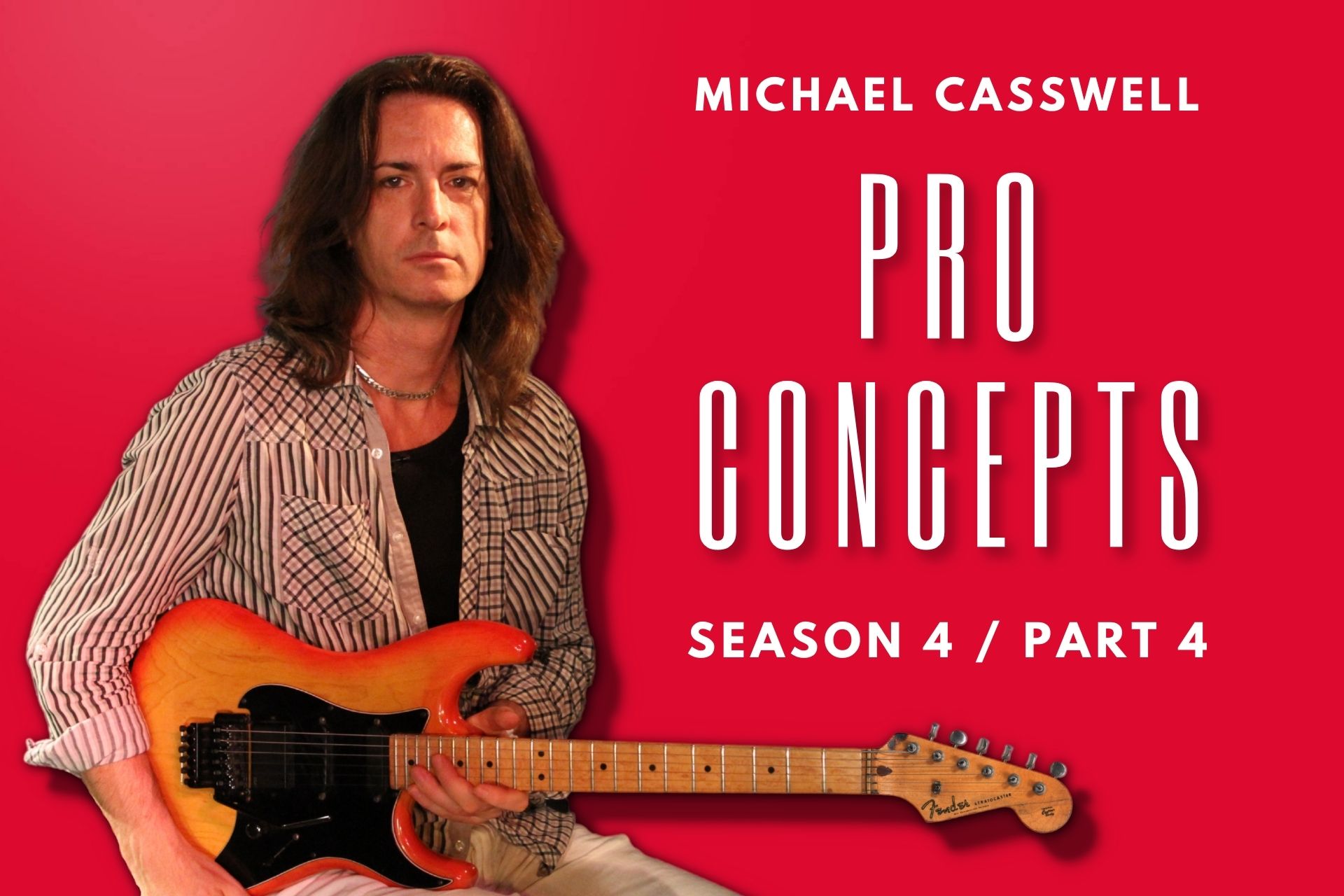 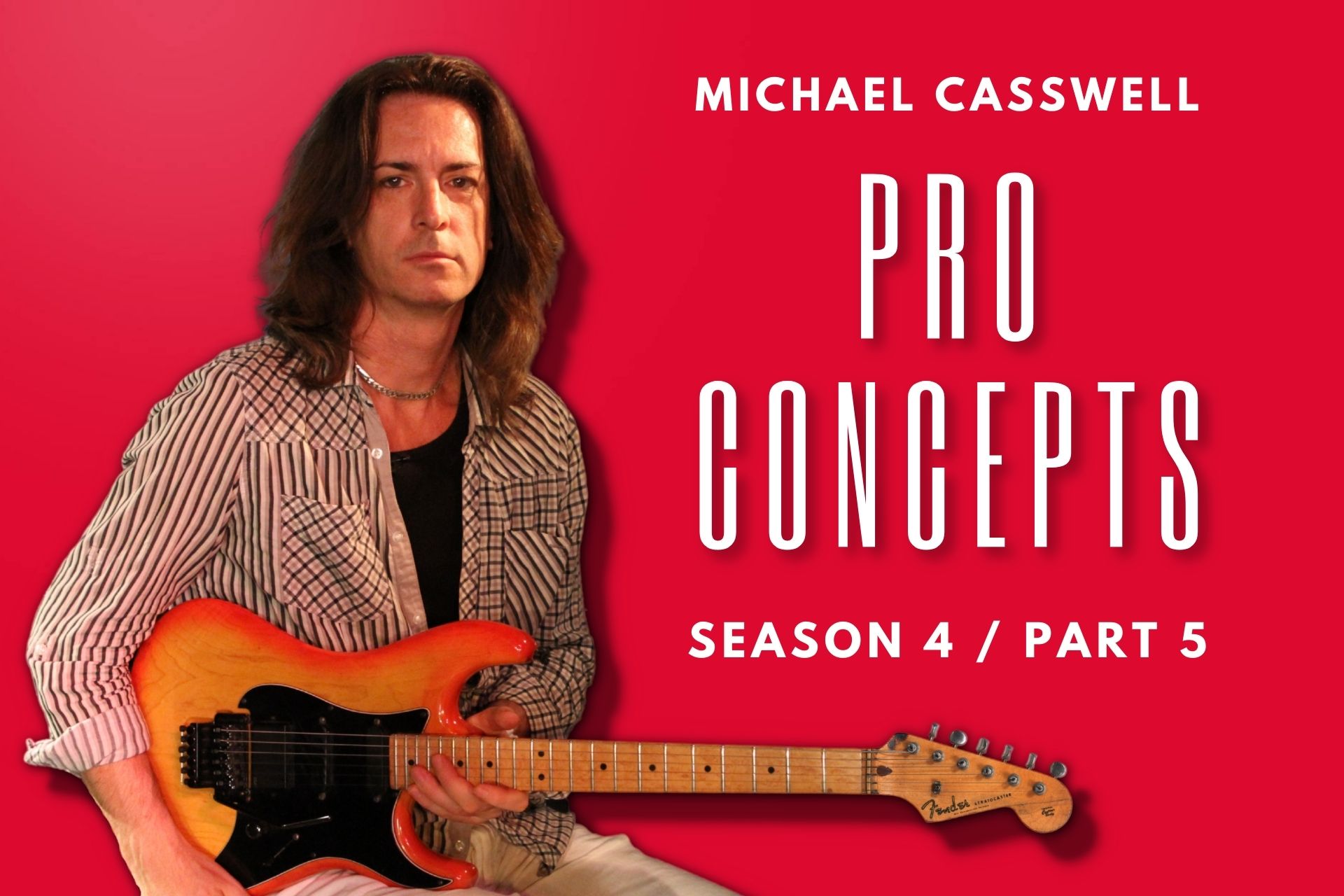 Learn how to play 10 essential electric guitar licks with the master Michael Casswell in ... 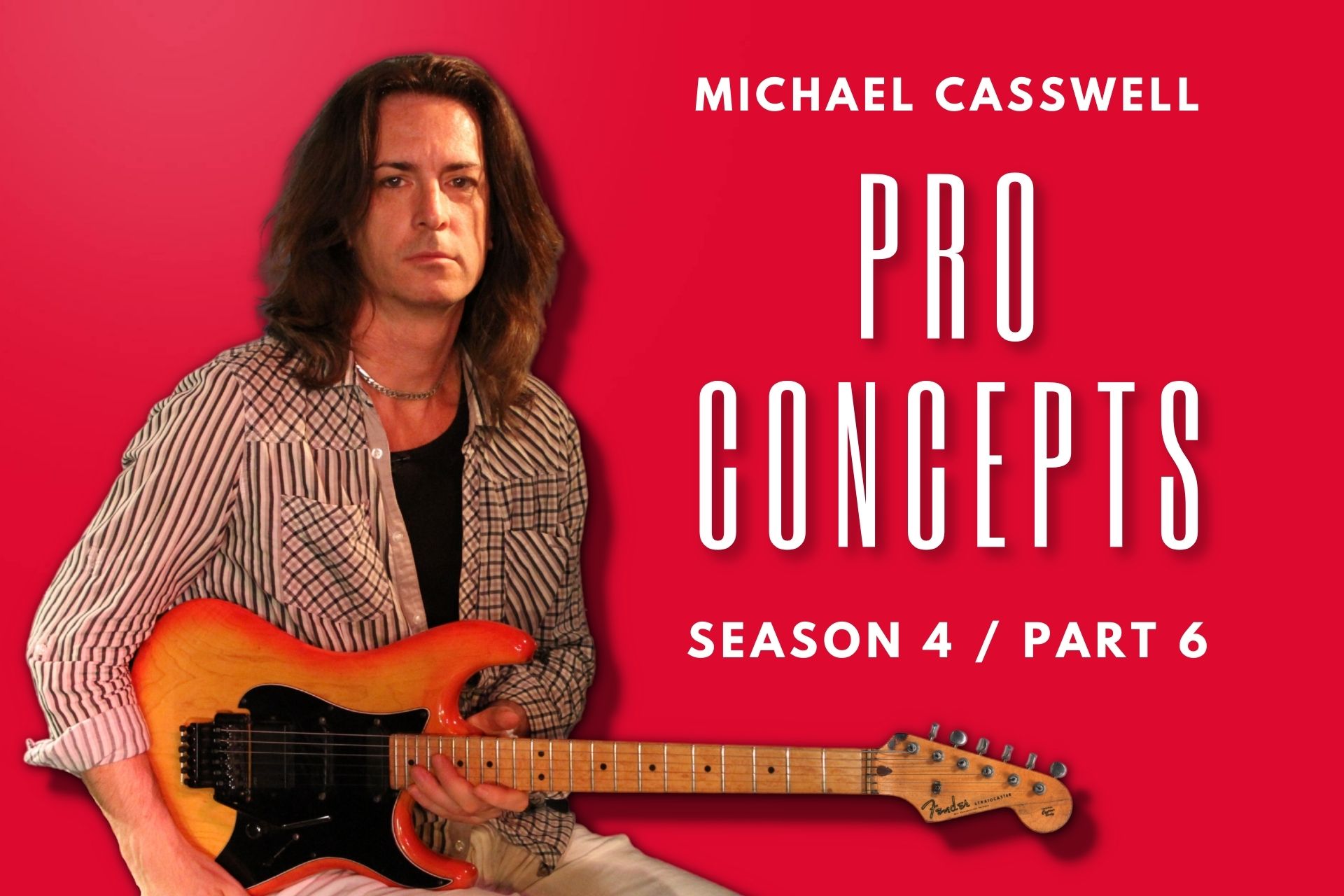 Learn how to play those famous thumb over the neck Jimi Hendrix style guitar chords ... 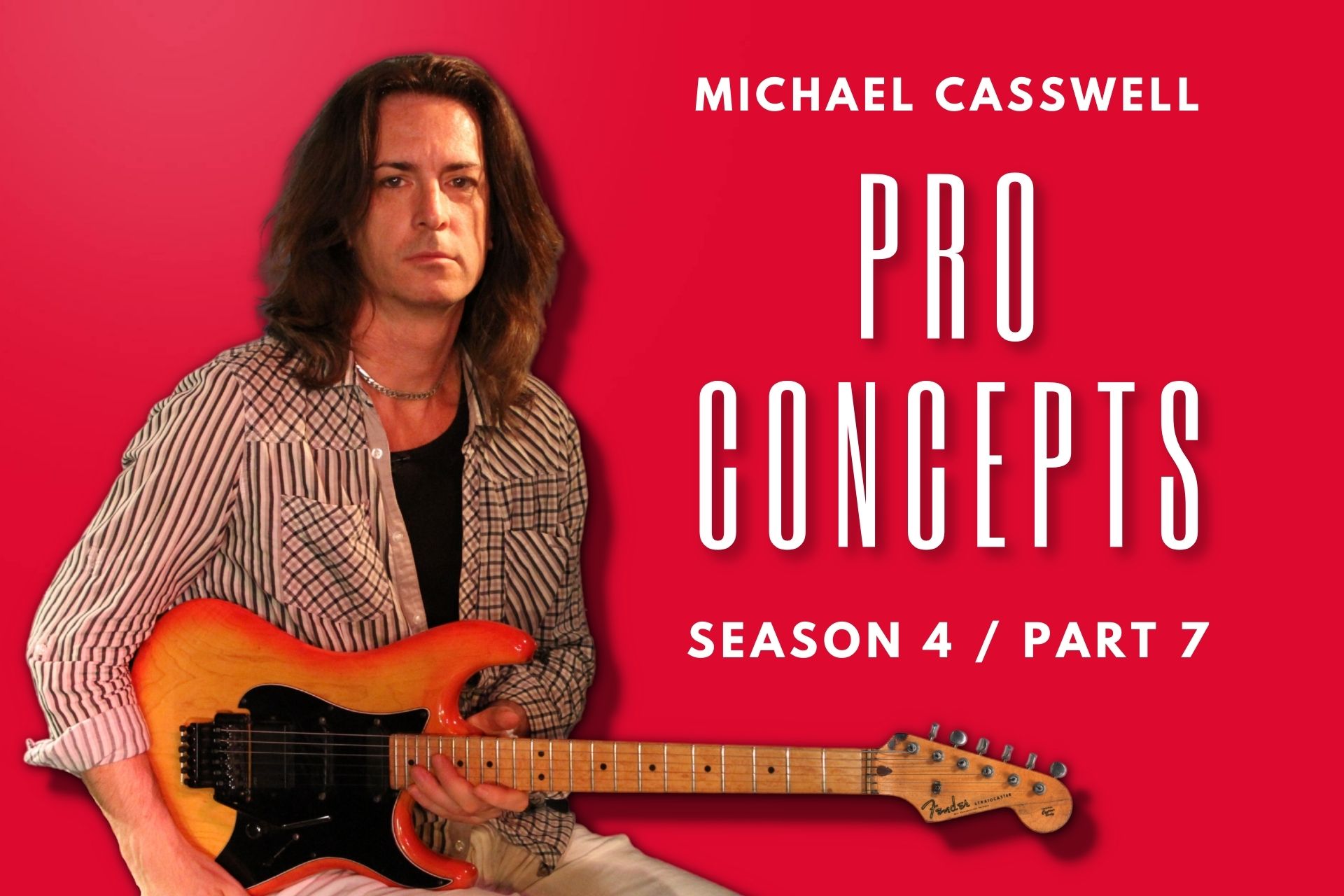 Michael Casswell teaches you an essential blues guitar scales used by the pros by mixing ... 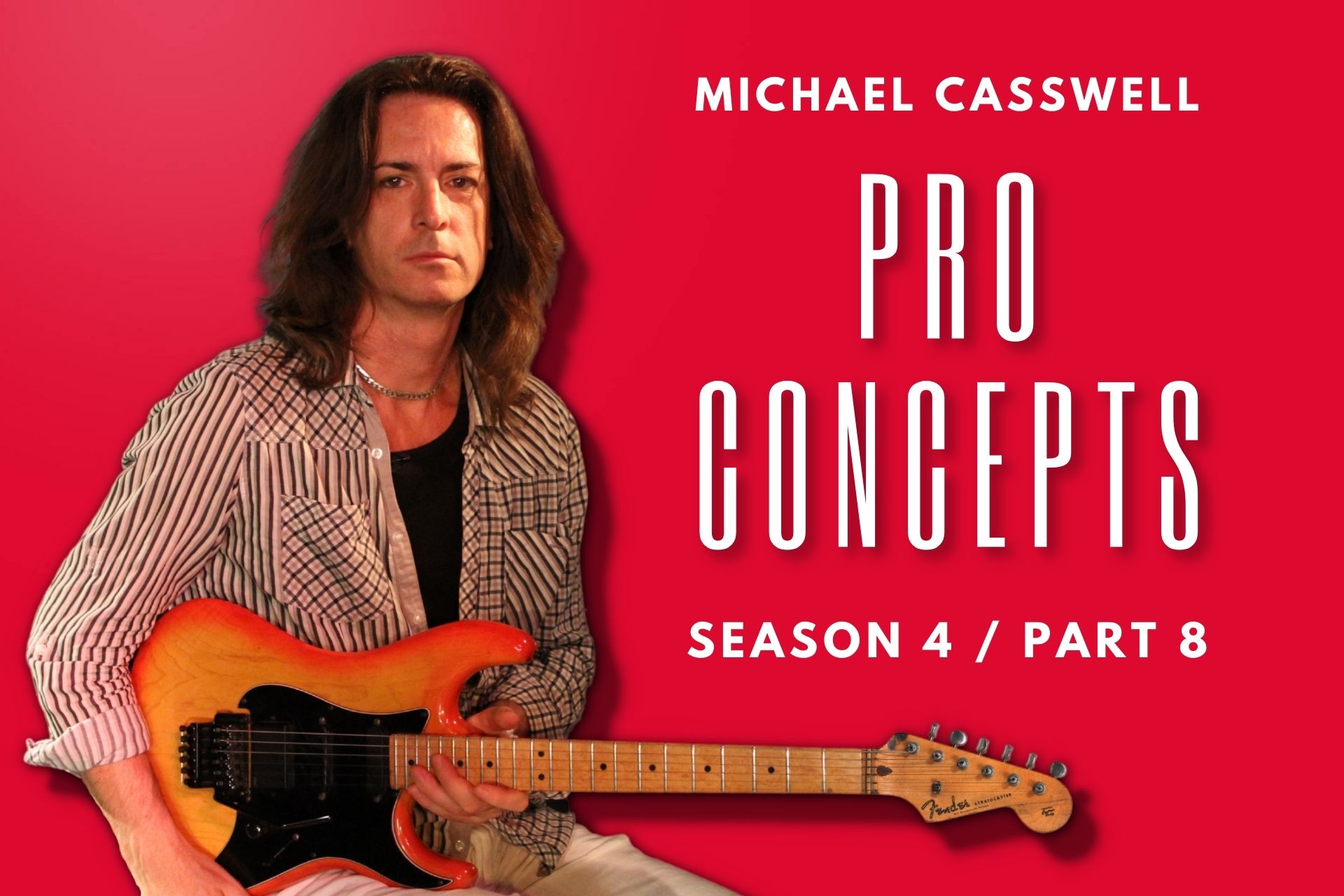 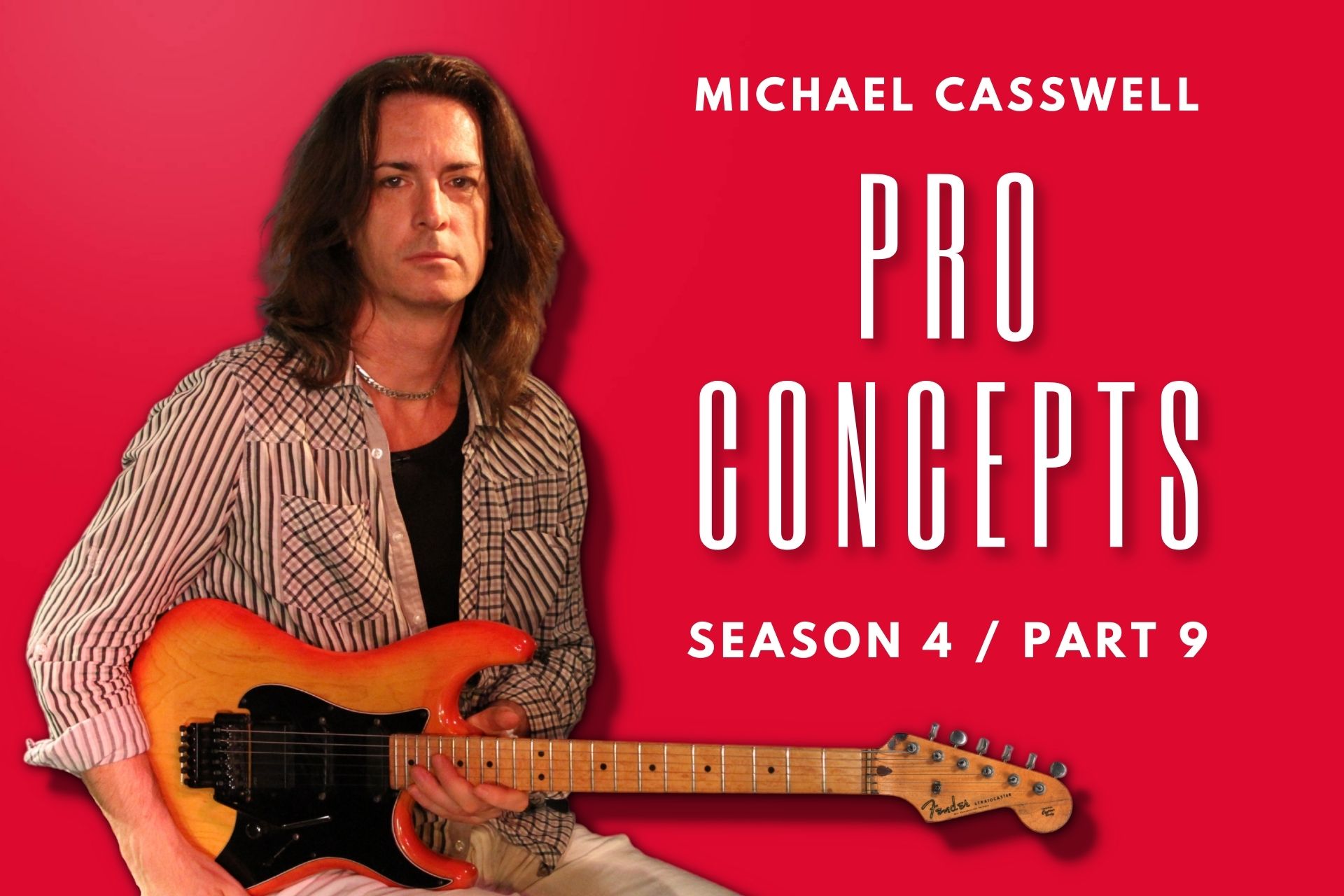 This Michael Casswell guitar lesson looks at the common guitar technique of using your fingers ...

Learn how the pros lay down funk guitar parts in this funk rhythm guitar lesson ... 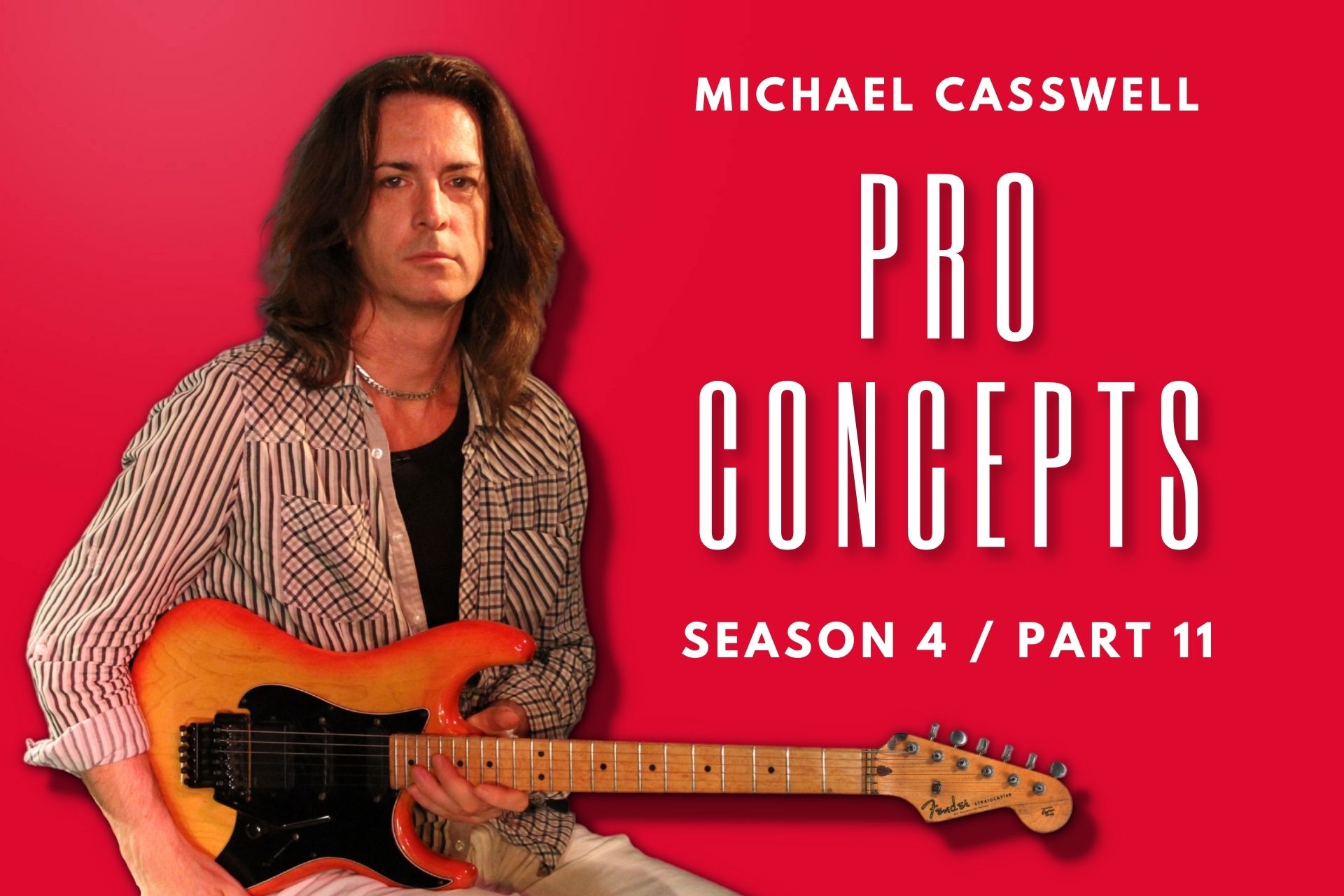 Learn how to play guitar solos and licks with feel. In this lead guitar lesson ...