In this Pro Concepts guitar lesson we are again going to look at rhythm guitar playing & time feel. Hopefully this crosses over to that grey area of  'feel', which is not a thing you can easily teach. We have touched on this before, but understanding rhythm within your guitar playing really is such a huge subject that needs a lot of coverage and talking about, because without it, you will not be a rounded guitar player (apart from if you eat too many pies, then you would be a rounded player that has no rhythm!)

When we looked at the whammy bar techniques last issue, that was more about control, phrasing and sound, with a more freeform approach. Well, with good rhythm playing, you definitely need control, phrasing and the right sound to lock things down and you need to be a lot more defined and disciplined, rather than freeform in your approach. All very easy to talk about, but a frightening amount of players are a bit rubbish when it comes making things sit well and feel good in a song! Great rhythm can really communicate to the listener and also when it becomes no effort, it becomes great to play .

I'm almost obsessive about time and feel. If I'm playing live and the drummer starts to speed up, or slow down, it's real torture for me because I really feel it, and it really gets to me. I know some muso friends that are gifted with perfect pitch and apparently it's very similar for them if something is very slightly out of tune. Obviously there are situations where it does feel good to play with the tempo a little, and that is a completely different mindset and can be totally cool. I'm not saying I have perfect time, but I have been tested with clicks and recording situations and it does seem that I've developed an internal clock to be reckoned with. I can also get very frustrated with my own playing, if I improvise a fast solo that isn't, for the most part, bang in time with the subdivisions available to me within the bar. I really know when I go out of the pocket, because my internal pulse is thumping away inside telling me that I have, and because it's there, I'm able to adjust and bring whatever I'm playing back in line. The big danger is when you DON'T know if you've gone out of time, and you don't feel an internal metronome, and you just play merrily on without a care in the world!

You are going to ask me how to develop this internal feel for time and a cool feel for rhythm guitar . And I'm going to admit I'm not really sure! There is probably no right way or wrong way, but I can say I was continually surrounded by Motown music when I was a kid, having a much older brother and sister, which must have sunk into my little brain on many levels. Groove, hooks, vocals, the pulse, the arrangements, the songcraft, it all must have had an effect. Around the same time it was the big Disco era of the late '70s. Listen to the main guitar hook in the Bee Gees' Staying Alive. Total groove, feel and rhythm! How about the guitar on Pick Up The Pieces by the Average White Band. Or Steve Lukather's guitar on Michael Jackson's Beat It. They are all fantastic rhythmic ideas that add so much to the piece of music. This approach to the guitar is probably one of the hardest things to master. Not sweep picking or Legato or Hybrid tappy happy widdly woo solos, but  rhythmic chops, with the right feel, tone, groove, chord inversion and approach!

So with that all in mind, I have tried to break down and show a few things that may or may not help, because we are talking tiny details here, between something sounding OK, or something that instantly grabs you. One general rule you can take note of, is the fact that very rarely do you need to play all six strings all of the time. Breaking up the chord into smaller parts adds a ton of mojo. My trick of using the thumb over the neck to take care of the low E adds a lot, and is a technique used by many of my favourite guitarists in music. Hendrix being one of them. How you hold the pick,  how you strike the string, what sound and which pick up you choose are all considerations, as is good chordal inversion and voicing knowledge.

In the video take you through a little improvised C minor chord sequence and try to show you how to execute and expand upon the idea. Good rhythmic chops are essential in all aspects of guitar. Without it you are always going to sound like the next guy, and in this business, you don't want that! 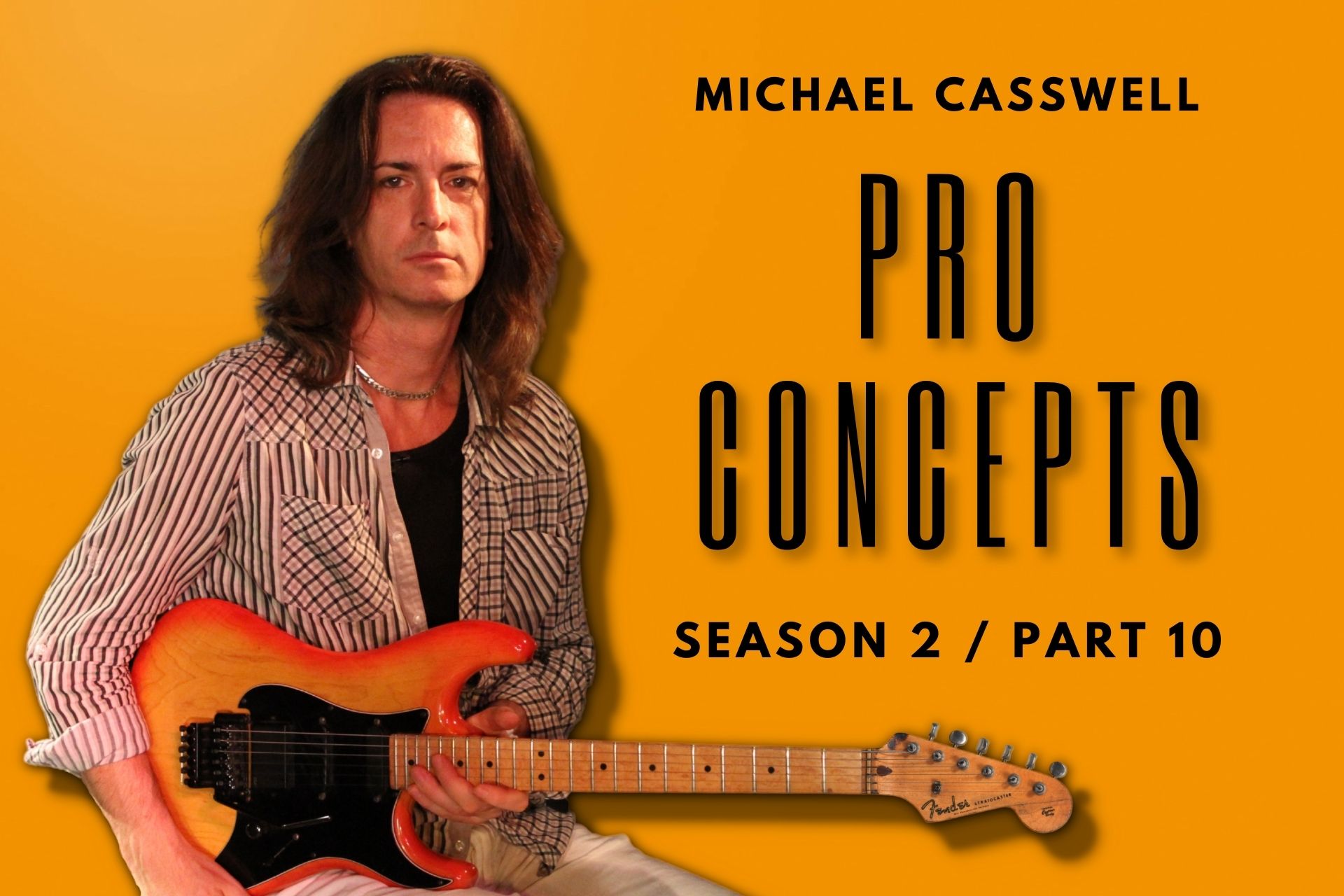 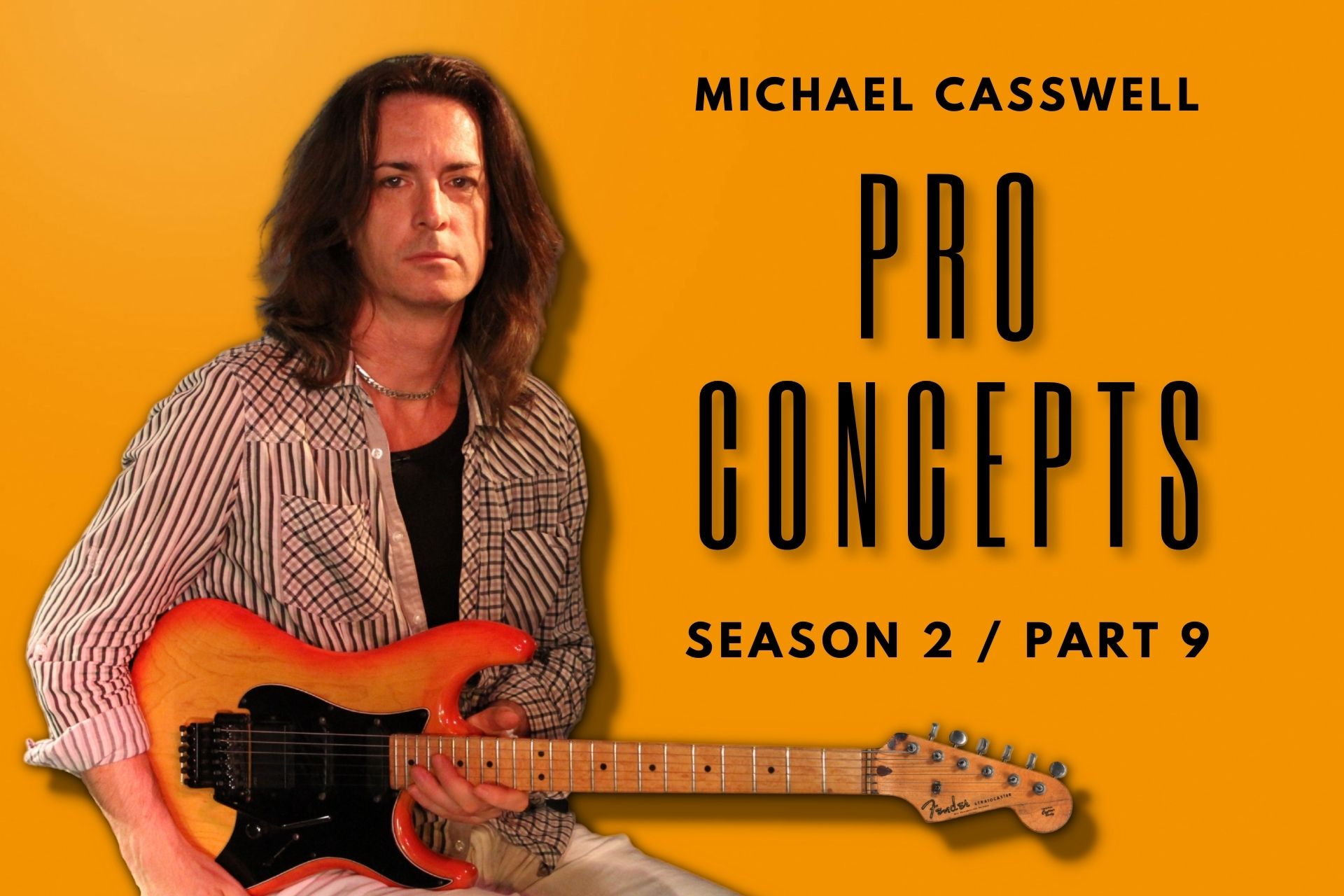 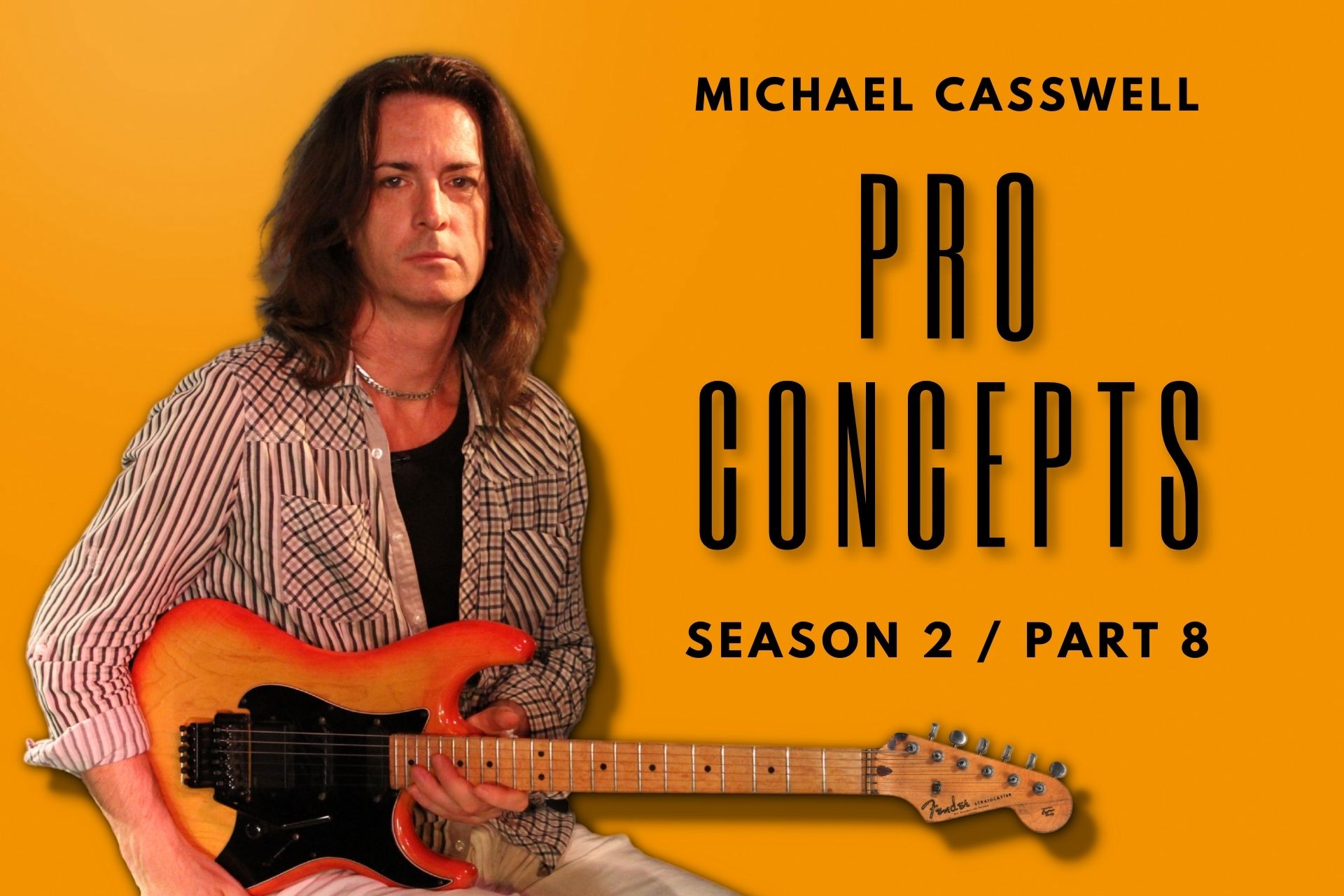 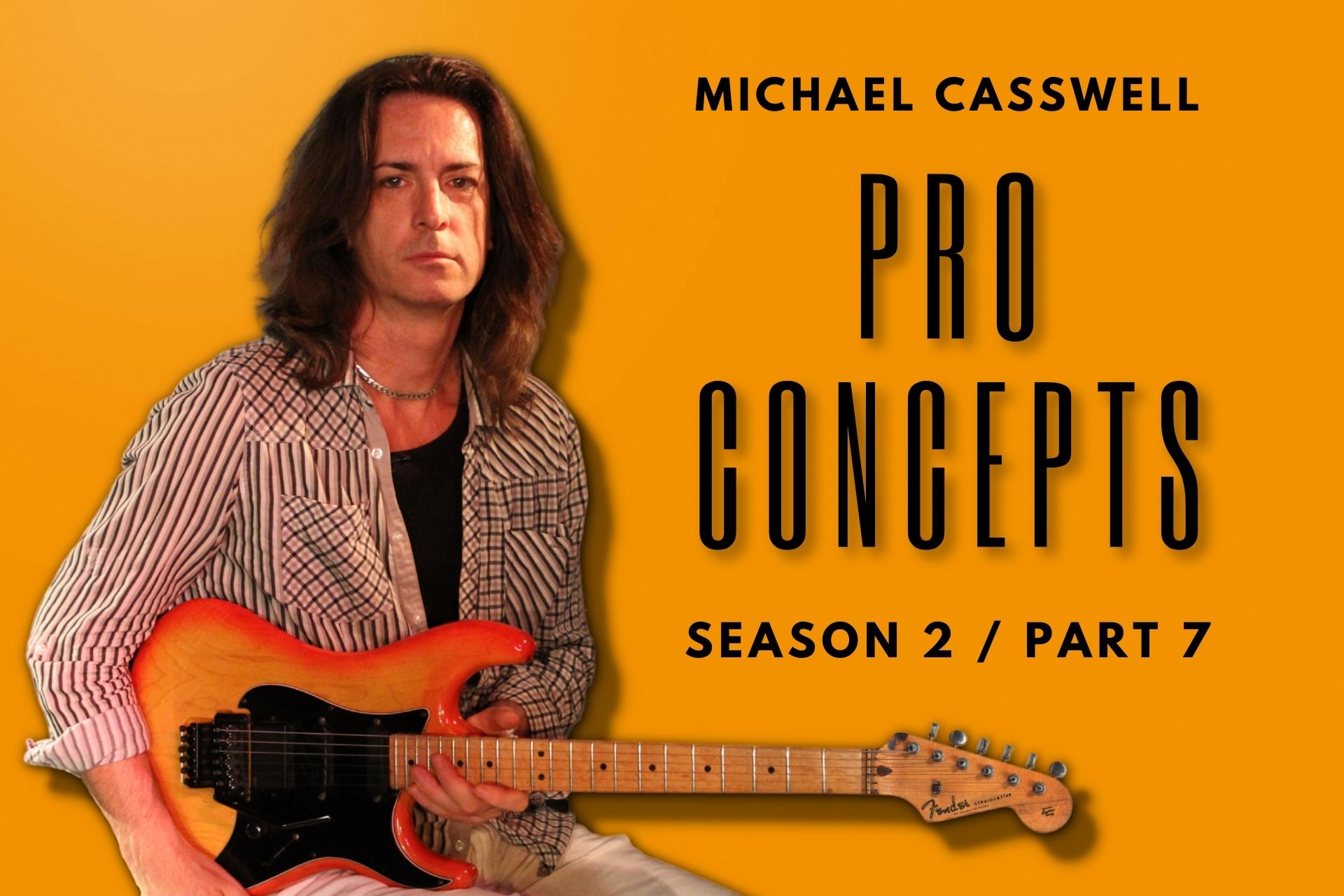 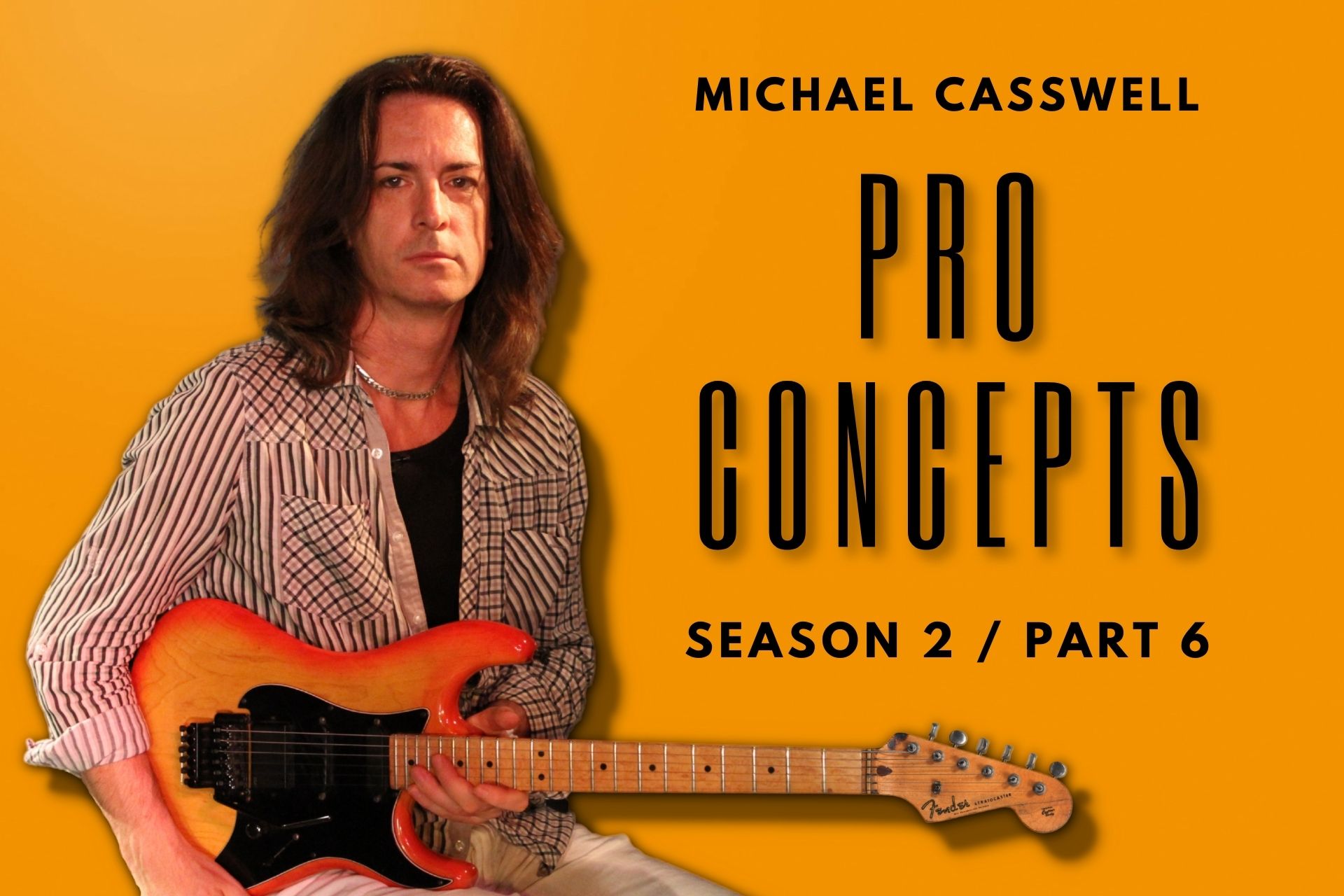 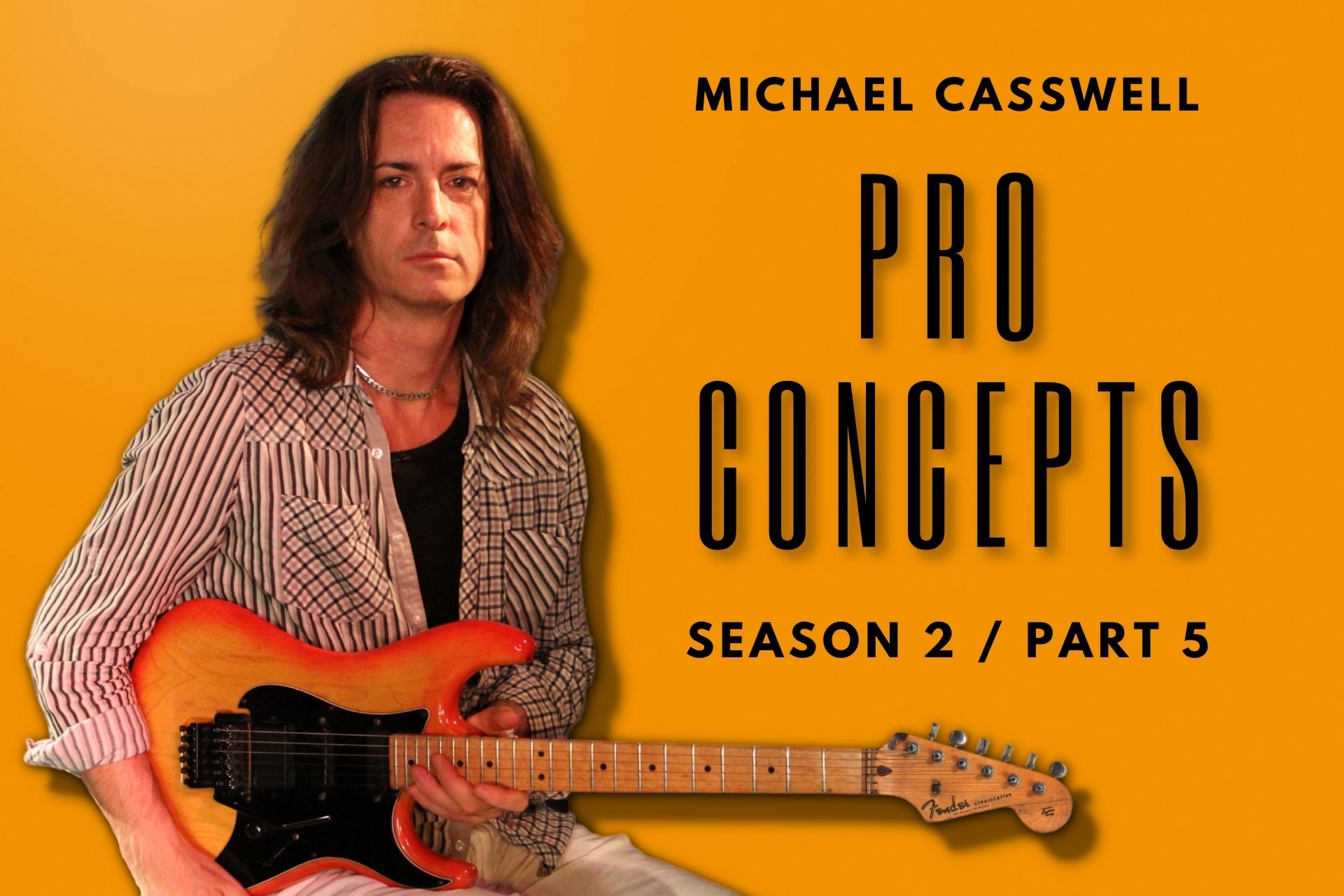 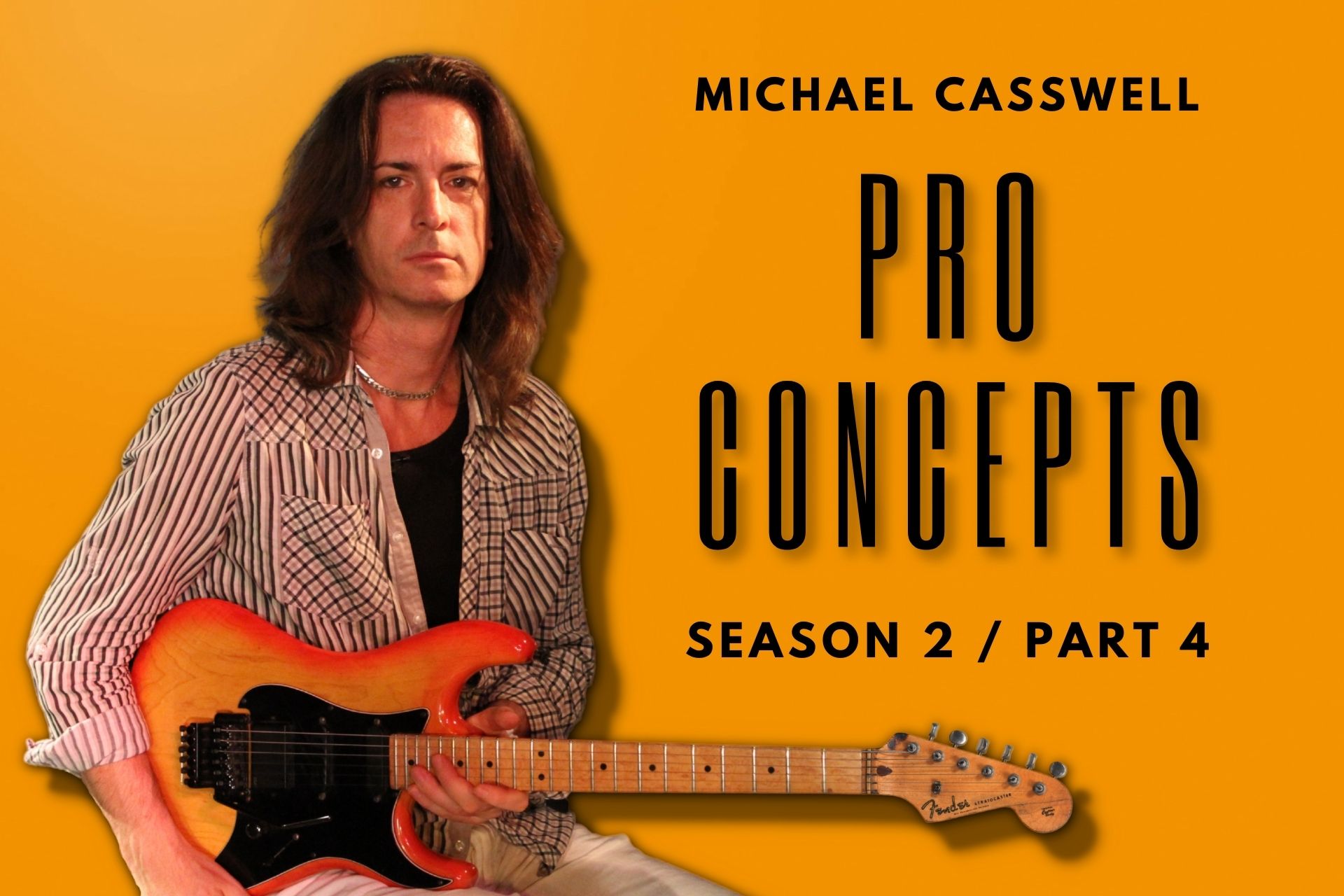 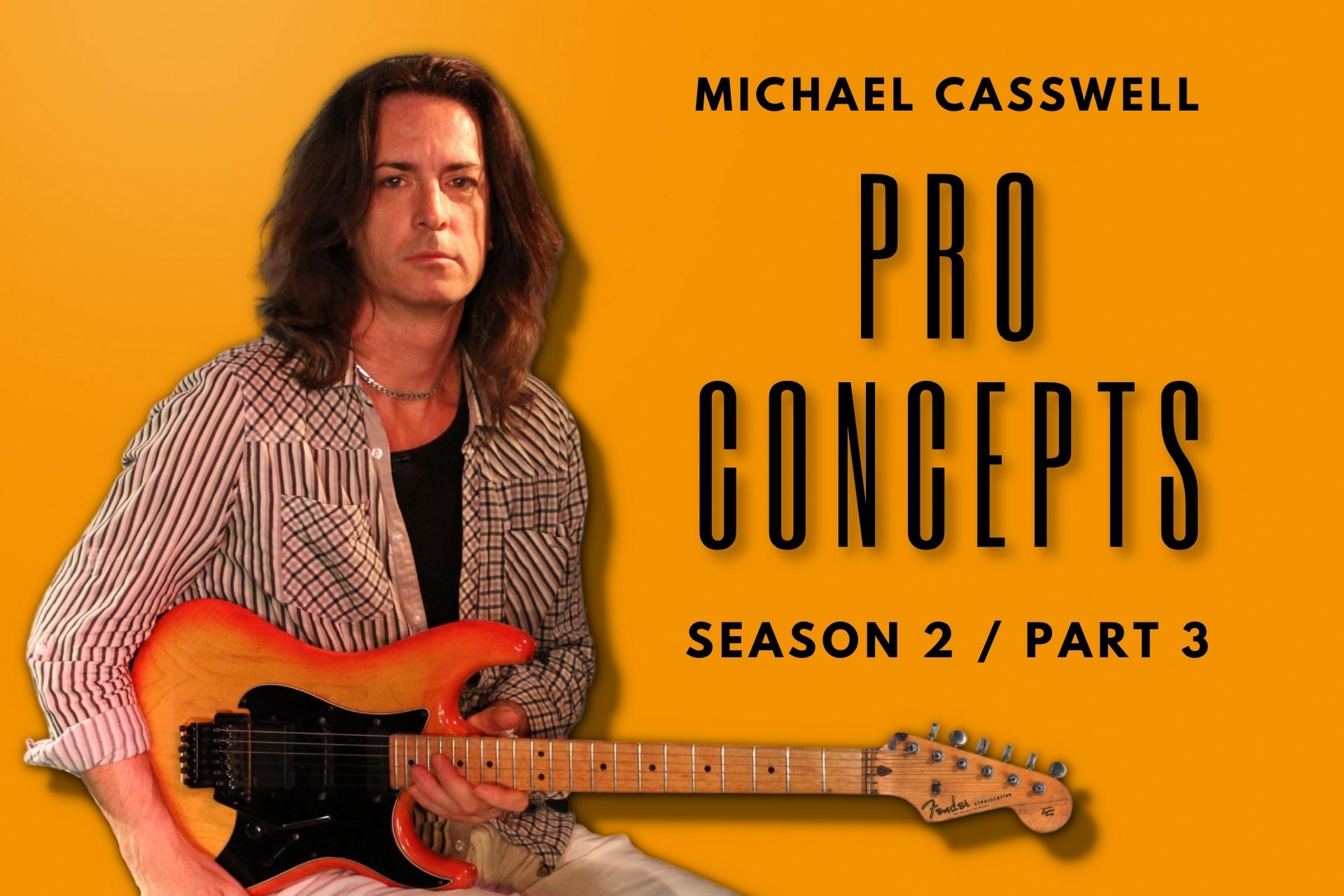 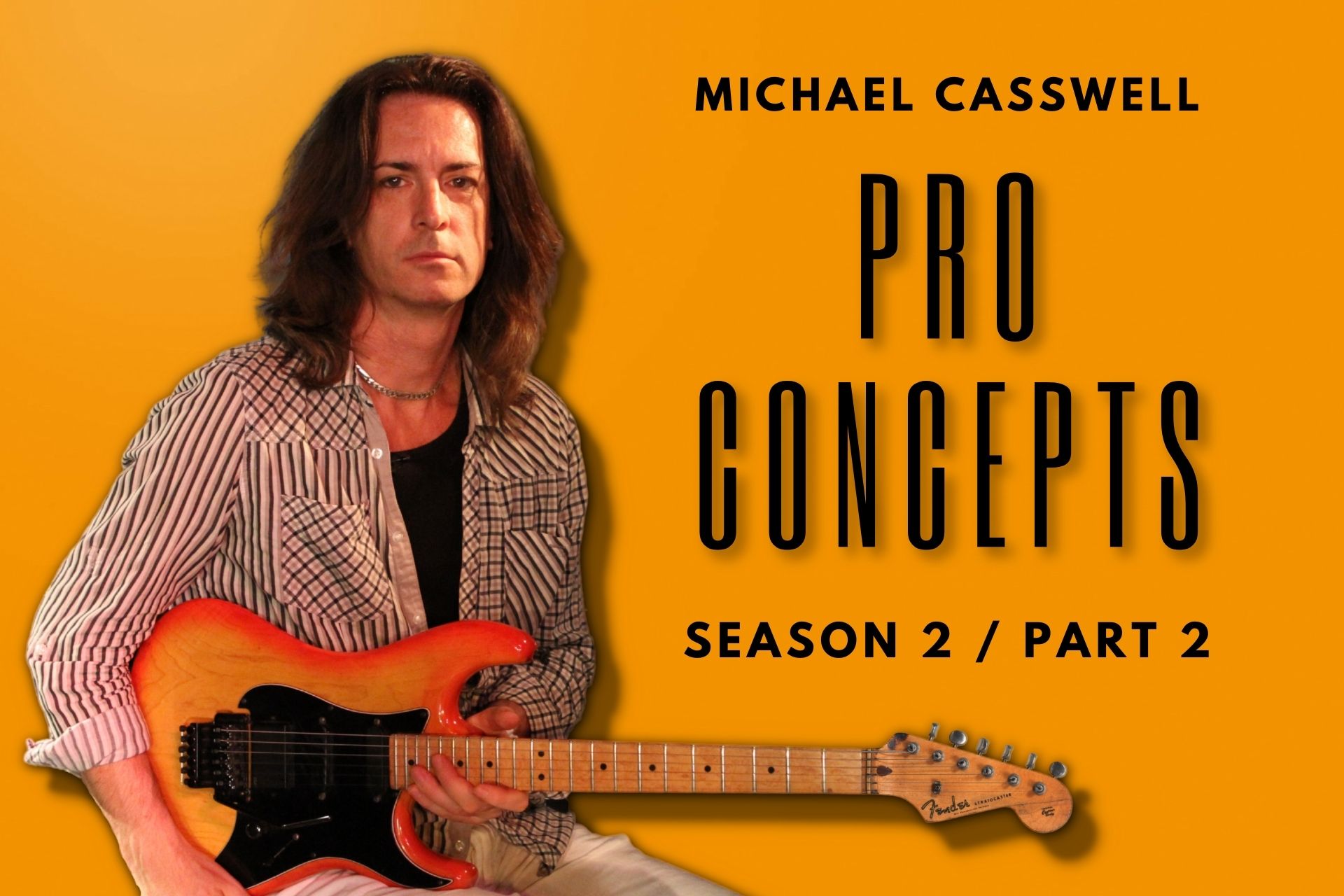 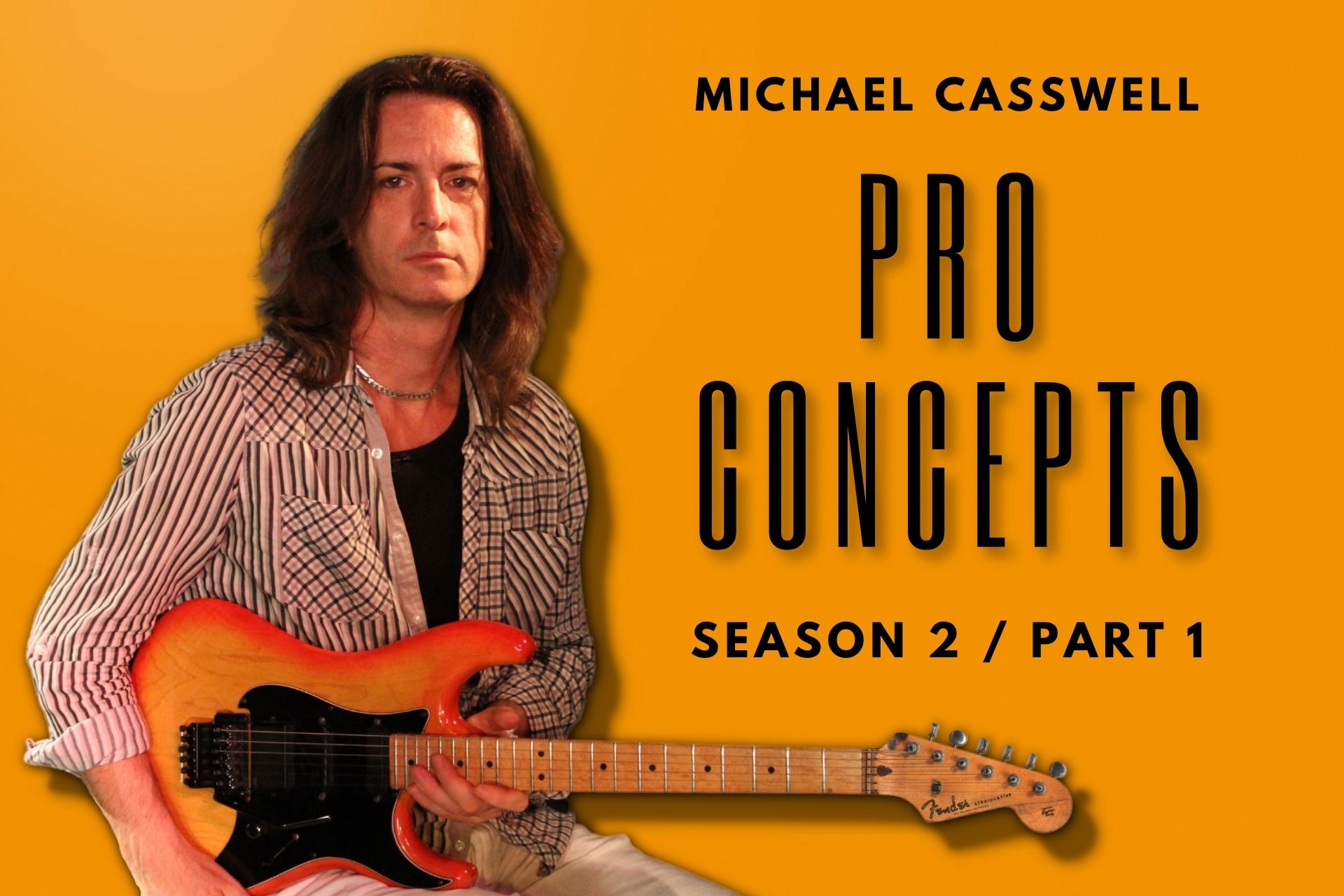